Atlanta mom flees clinic with baby. Days later she killed her in a crash.

Police said the mom slammed into the car carrying her baby on purpose. 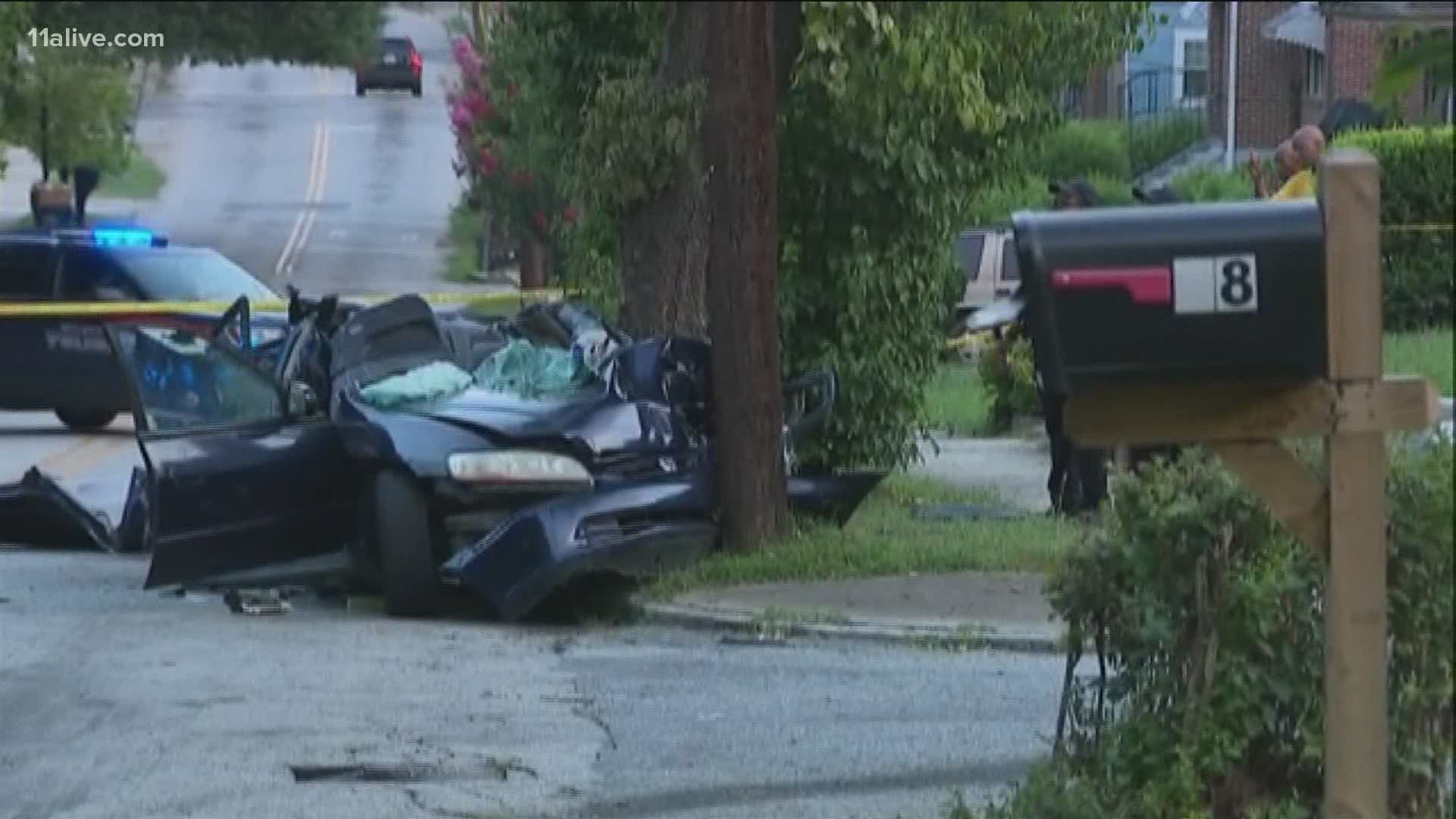 ATLANTA — A mom has been charged with murder in a car crash that killed her baby girl after Atlanta police said she crashed into the father's car on purpose. It happened around 7:00 p.m. on Monday, July 27 on Chappell Road near Eason Street in Northwest Atlanta.

The 21-year-old mom, Titayanna Phillips of Atlanta, is facing a felony murder charge and two charges of aggravated assault by vehicle, according to police.

Witnesses said the father and the baby girl were trapped beneath a busted windshield and twisted metal after the crash. 11Alive obtained cell phone video from witnesses who said they attempted to pry open the car doors before police arrived.

The 27-year-old father, Undra Henderson, is in stable condition, according to police. However, three-month-old Kh'Undra died at the hospital.

Police records show officers had been in contact with these parents twice within the last 30 days. In June, Phillips was charged with disorderly conduct after a dispute between the two parents.

On July 24, she was accused of taking the child from a health clinic - even though she does not have legal custody of the baby girl. Clinic staff told police she took the baby out of an exam room and ran out to a car that was waiting for them, according to the report.

The responding officer wrote in the police report that Phillips has an open case with the Department of Family and Children Services regarding safety and referenced "mental and physical health issues" that "remain unresolved."

Phillips brought the girl back to the clinic unharmed after conversations with the officers, according to the report. The officer said Phillips talked about hurting herself so she volunteered to go to Grady Hospital.

RELATED: Toddler shot in the head in Atlanta

11Alive did stop by Phillips' home to learn more information but were told "no comment" through the window.

One woman told 11Alive's La'Tasha Givens that she was the baby girl's relative, however, she was so young they had only been able to meet Khy'Undra on FaceTime.