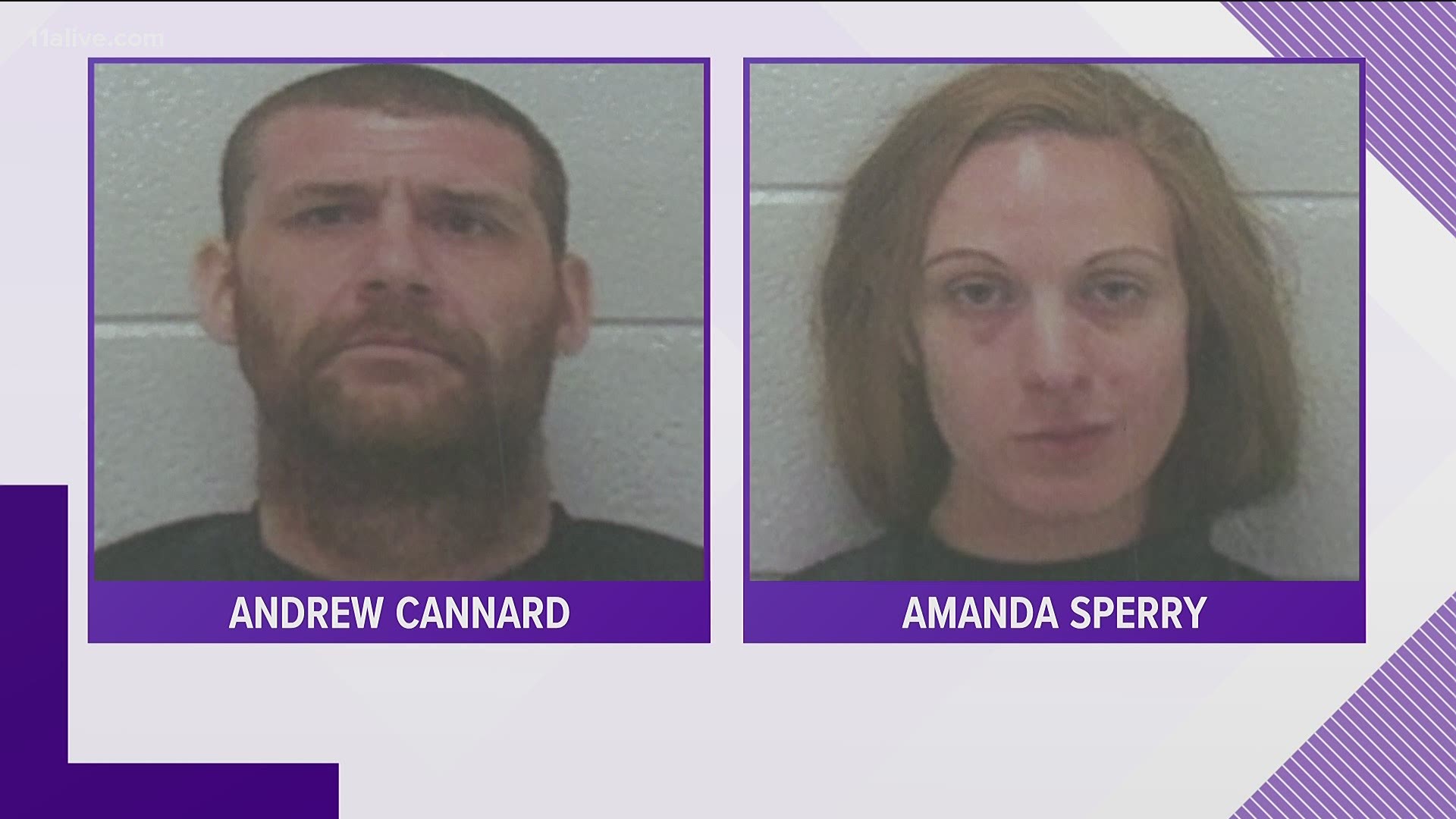 CARROLL COUNTY, Ga. — More than three months after the murder of an 83-year-old woman, the Carroll County Sheriff's Office said they have arrested two people for the murder.

Barbara Gibson was shot to death in her home in the 1900 block Burwell-Mt. Zion Road. on May 9, deputies said.

Sheriff Terry Langley said Andrew James Conard, 37, and Amanda Sperry, 29, were arrested. The boyfriend and girlfriend had lived in the same community as Gibson for about a year and a half.

Langley said Sperry confessed to the murder and they recovered evidence at their home while conducting a search warrant on Tuesday. Authorities said Gibson's family members have been notified of the arrests.

The sheriff said he believes the motive to be a robbery and said that they didn't personally know Gibson, but may have known that she lived alone. Investigators said the 83-year-old's husband had died several years ago.

Langley said he believes this is a death penalty case based on the circumstances. He added that the investigation is ongoing and more arrests are possible.

Gibson was found back in May after being shot. Investigators said previously that someone killed the 83-year-old that Saturday, a day before her family had planned to meet at her home to celebrate Mother's Day.

Authorities said she talked with her family around the same time every night, and they began to worry when they couldn't reach her by phone on Saturday night.

A family friend went to check on her and discovered her dead, authorities said.

The sheriff's office had received several tips about the crime since the murder, according to CCSO Investigator Ashley Hulsey, but none of the tips had helped solve the case.

Sheriff's officials said the arrests have been a long time coming as deputies investigated the case. Gibson was loved by so many in the community.

"So many people knew this lady, loved her. They're very upset," Hulsey said. "They definitely want someone to pay for what has happened to her and we just want justice for the family."

Kinard and Sperry will make their first court appearance Thursday.