Two police officers have been shot and were transported to Grady Memorial Hospital in Atlanta. 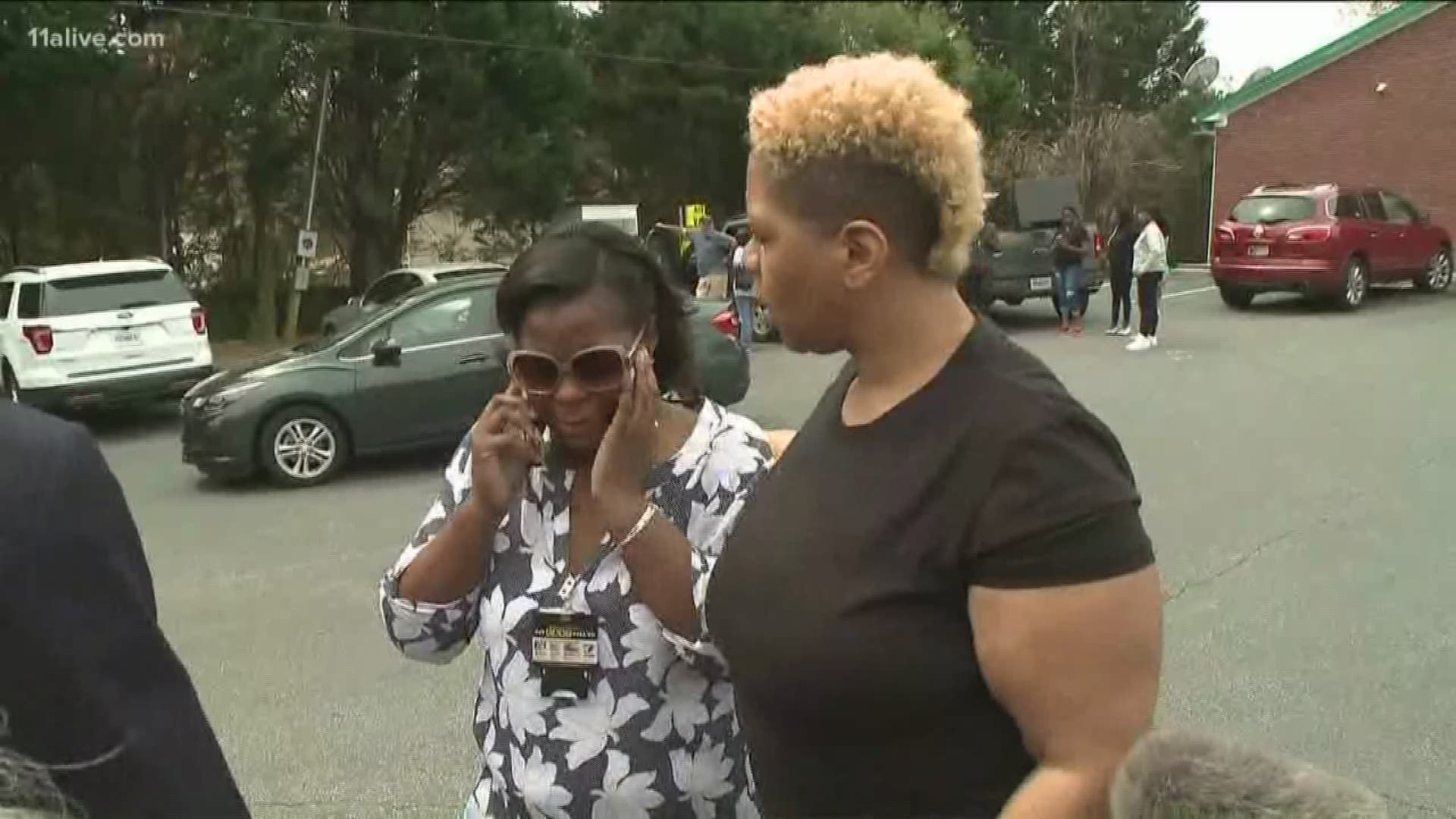 HENRY COUNTY, Ga. — A suspect accused of shooting two Henry County police officers has barricaded himself inside a home in the Eagle Ridge subdivision with a 16-year-old boy, according to family on scene.

Danielle Woodruff told 11Alive’s Jennifer Bellamy that the suspect, who is barricaded inside a home, is holding her cousin’s 16-year-old son with him. At one point Woodruff said that he held a gun to the boy’s head.

According to Henry County Police Captain Joey Smith, the suspect told police he would let the boy go, but he has not done so yet.

The situation is ongoing at the Eagle Ridge subdivision in Stockbridge.

According to Henry County spokesperson Melissa Robinson, officers were called to the home in the Eagle Ridge subdivision in Stockbridge after a woman opened the garage door and saw blood on the floor at about 10:46 a.m. Thursday.

The two officers arrived and made contact with the woman, who said was concerned about a family member inside the home, according to Henry County Police Capt. Joey Smith. The officers forced entry and gunfire erupted.

"The two officers that were struck did not exchange fire," Smith said. "I do not believe any agencies have returned fire."

As of 11 p.m., police said the barricaded subject has refused to surrender and refused to provide proof of the well-being of a female and the16-year-old inside the residence. Henry County police said Command made the decision to deploy gas into the residence. They said the suspect did fire numerous rounds at SWAT officers and vehicles, but no injuries were reported.  No officers returned fire or engaged the suspect.

Both are veteran officers who have each been with the department for about seven years. Both men are in their thirties and their families have been notified, Smith said.

The family of one of the officers said he is an Army veteran who served two tours in Afghanistan. They spoke to 11Alive's Jon Shirek as they waited for news outside Grady Hospital in Atlanta.