Police found human remains in the area nearby the suspect's home on Monday, but they have not confirmed if they are in fact 23-year-old Mirsha Victor. 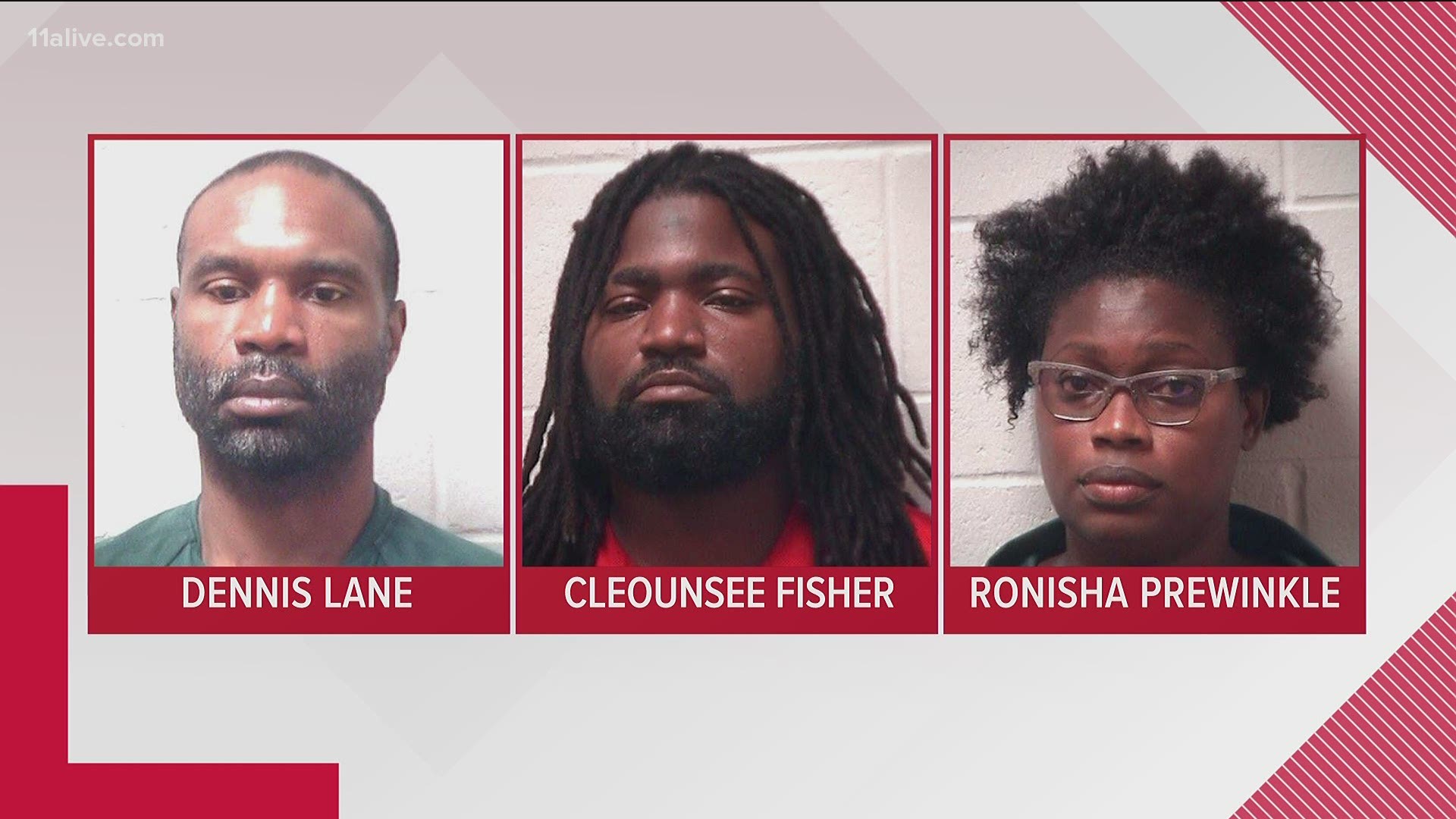 HENRY COUNTY, Ga. — Police found blood inside the Henry County residence of a suspect that police charged with murder in connection to a woman's disappearance, reports say.

Mirsha Victor, 23, was reported missing out of DeKalb County on July 8 and three people -- Dennis Lane, Cleounsee Fisher, and Ronisha Preckwinkle -- have been charged with murder in connection with the case.

According to an account from the Henry County Police Department, police found blood in the bathroom and on the floor inside Lane's residence one day after Victor was reported missing.

RELATED: Police: Investigators trying to determine if 2 sets of human remains discovered are linked to another case

The report states officers were dispatched to a Walmart located at 1400 Hudson Bridge Terrace to meet with a DeKalb County detective that Friday afternoon.

An officer advised the detective that he was working on a missing person case and needed help to get connected with the homeowner of Victor's last known location, police say.

Authorities said they were able to ping the 23-year-old's phone at a location on Hudson Bridge Terrace and also at Kabobs on North Lake Drive in Lake City, where police say Victor works.

Detectives said Lake City Police officers found her phone inside a trash can at her workplace while investigating, but Victor never showed up for work.

According to police, Lane called Victor's phone and talked to her mother, asking to speak with her in person at his house.

That's when law enforcement and Victor's mother headed to Lane's location on Hudson Bridge Terrace to meet with him. Police say they heard Lane explain to Victor's mother that "he was not a bad guy" and that "everyone was blaming him" for her disappearance.

Lane later noticed law enforcement on the scene, asked the missing woman's mother why they were present, then said he couldn't talk to her with authorities around, the report states.

Police say detectives explained to Lane that his statements "didn't add up," and they escorted him to the back of a patrol car.

While investigating, a detective pointed out a white mattress that appeared to have blood stains on it laying on top of the dumpster across from Lane's residence. That's when authorities said Lane was being held pending a search warrant and officers called in the Criminal Investigations Division to help with the case.

During the search, Henry County detectives said they noticed blood on the floor, in the bathroom, and a missing mattress.

Officers marked off the dumpster area with crime scene tape and then went to observe surveillance video footage from a neighbor across the street, according to the report.

Henry County Police say Victor was reported missing on July 8 and they believe she was murdered that same day in Henry County.

Right now, authorities have confirmed human remains from two people were found by Hudson Bridge on Monday, but they haven't confirmed whether one is in fact Victor. Officers are currently working with the Georgia Bureau of Investigation to identify the remains.

On Wednesday there were still remnants of police tape outside where investigators searched for hours after they found the human remains in the area. The investigation is currently underway and they're following leads as to whether there may be any additional victims.