The city says the restaurant has faced several violations but claims the business owner hasn't been responsive in fixing them. 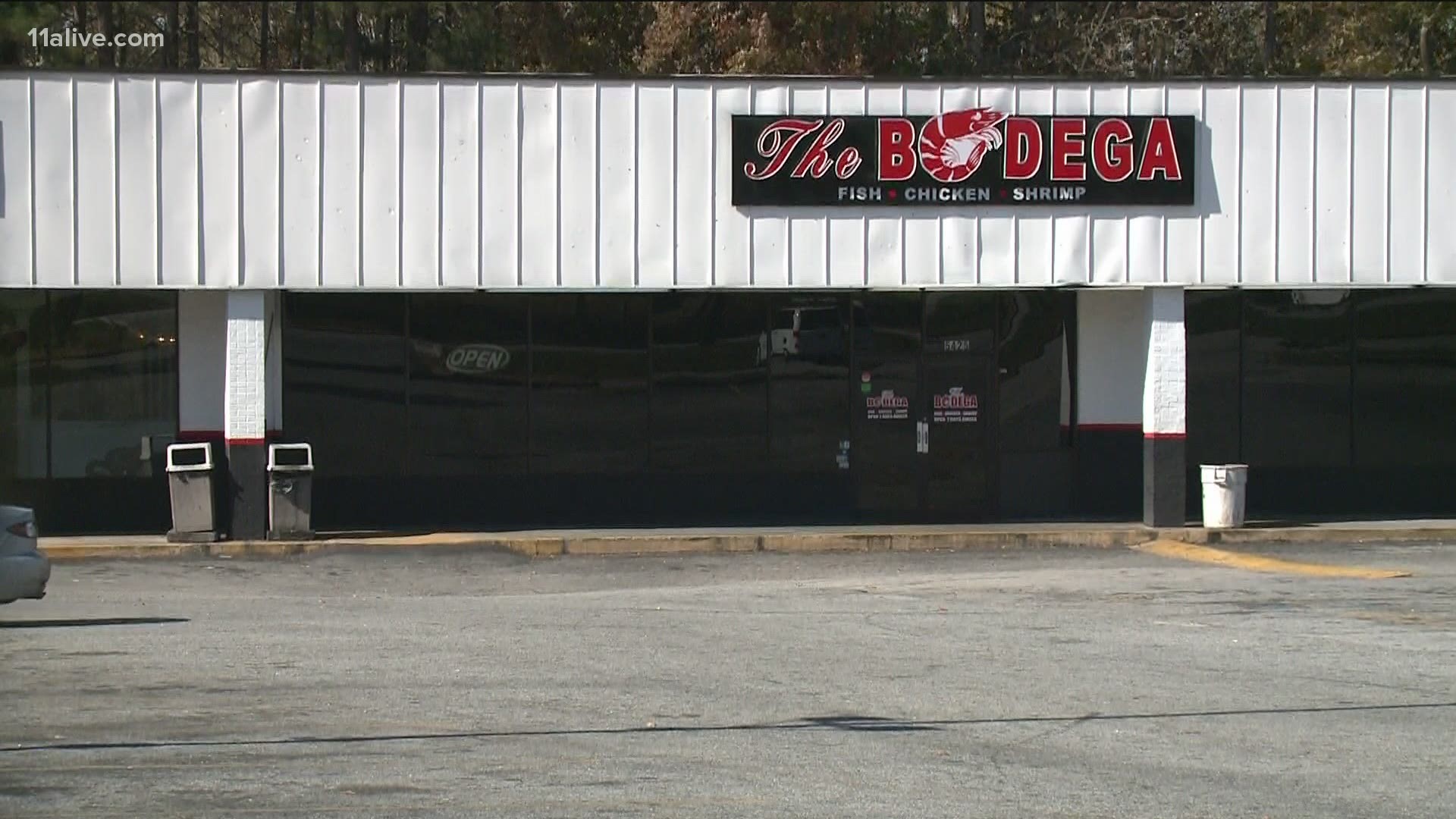 SOUTH FULTON, Ga. — The scene of a metro Atlanta homicide is being pressured to shut down for good. City officials claim the deadly night was just one of several issues at the venue.

The City of South Fulton held a news conference Tuesday to provide additional details on why it is demanding the closure of The Bodega Fish, Chicken and Shrimp on Old National Highway. They listed some reasons in a press release.

"Police have investigated numerous claims against the restaurant, including selling alcohol without a license, illegal drug activity and human trafficking, according to Police Chief Keith Meadows," the city's statement said. "Meadows said that the restaurant has been the site of numerous assaults and a recent homicide on Nov. 14."

Regarding the homicide, South Fulton Police said previously that they arrived to find a male who was shot and died at the scene.

The Bodega was ordered to temporarily close on Monday, making it the third business shut down in South Fulton since last year to cut down on crime.

“We have tried to work with the business owner on numerous occasions,” said Mayor William “Bill” Edwards said in the news release. “The business has become a nuisance and we now have to step up our actions. This should be a message to other businesses along Old National Highway. We are not going to tolerate this type of behavior anymore.”

He mentioned in Tuesday's news conference, he wanted people to be able to come to the area and have fun, but obey the law.

A virtual hearing to decided whether the restaurant loses its business license is scheduled for 10 a.m. on Dec. 9.

The attorney for the business said they are investigating the allegations made against them to be ready for the hearing.