The children - an 8-year-old, 22-month-old and 1-month-old - had been in the car for about 20 minutes by the time officers arrived, police say. 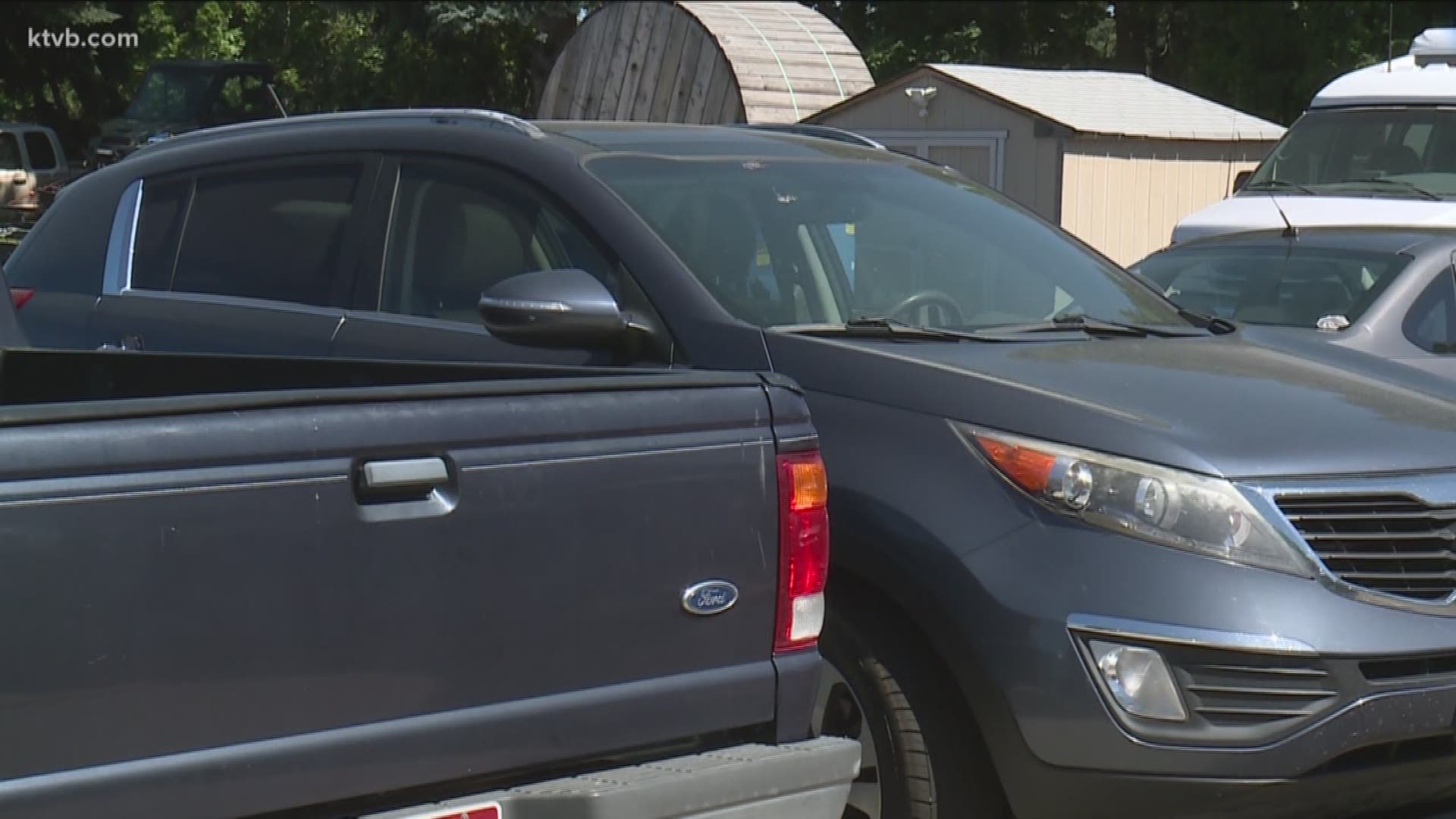 BOISE, Idaho — A Boise woman was arrested Wednesday after police say she left her three children alone in a car while she ran into a store.

According to Boise Police, someone spotted the children in the car in a parking lot in the 8200 block of Fairview Avenue and called the police. The children - an 8-year-old, 22-month-old and 1-month-old - had been in the car for about 20 minutes by the time officers arrived, the department says.

The car was unlocked and turned off with two windows partially rolled down. Police say the children were sweating, but otherwise acting normally.

Cyizanye, the mother of the children, came out of the store after officers arrived. Paramedics called out to check on the children determined that all three were OK, and they were released to another family member.

"In an event like this where the temperatures were so extreme, there's a potential where the children could experience great bodily harm, maybe even death and that's what raised this to a felony," Boise Police Sgt. Cory Stambaugh said.

In this instance, the car was unlocked, so no windows had to be broken to get the kids out. But, police say, if a good Samaritan does have to break a window to rescue a child, Idaho law shields that person from liability.

"Any circumstance where there's children in a hot car and they feel the child is in danger of great bodily harm or potentially death, the citizens absolutely have the ability to break the window out and rescue the child from the car, [but] not for pets," Stambaugh said.

Wednesday's case serves as an important reminder about what can potentially happen when a child is left in a hot car.

"This can become very dangerous very quickly," said Saint Alphonsus Emergency Physician Tyler Harris. "Adults and kids certainly have different-sized bodies and their surface area to body weight is very different, and because of that their bodies will heat up much quicker than an adult."

Cyizanye was arrested and booked into the Ada County Jail. She is currently held on a $5,000 bond, and is due back in court  July 23 for a preliminary hearing.

Felony injury to a child is punishable by up to ten years in prison.