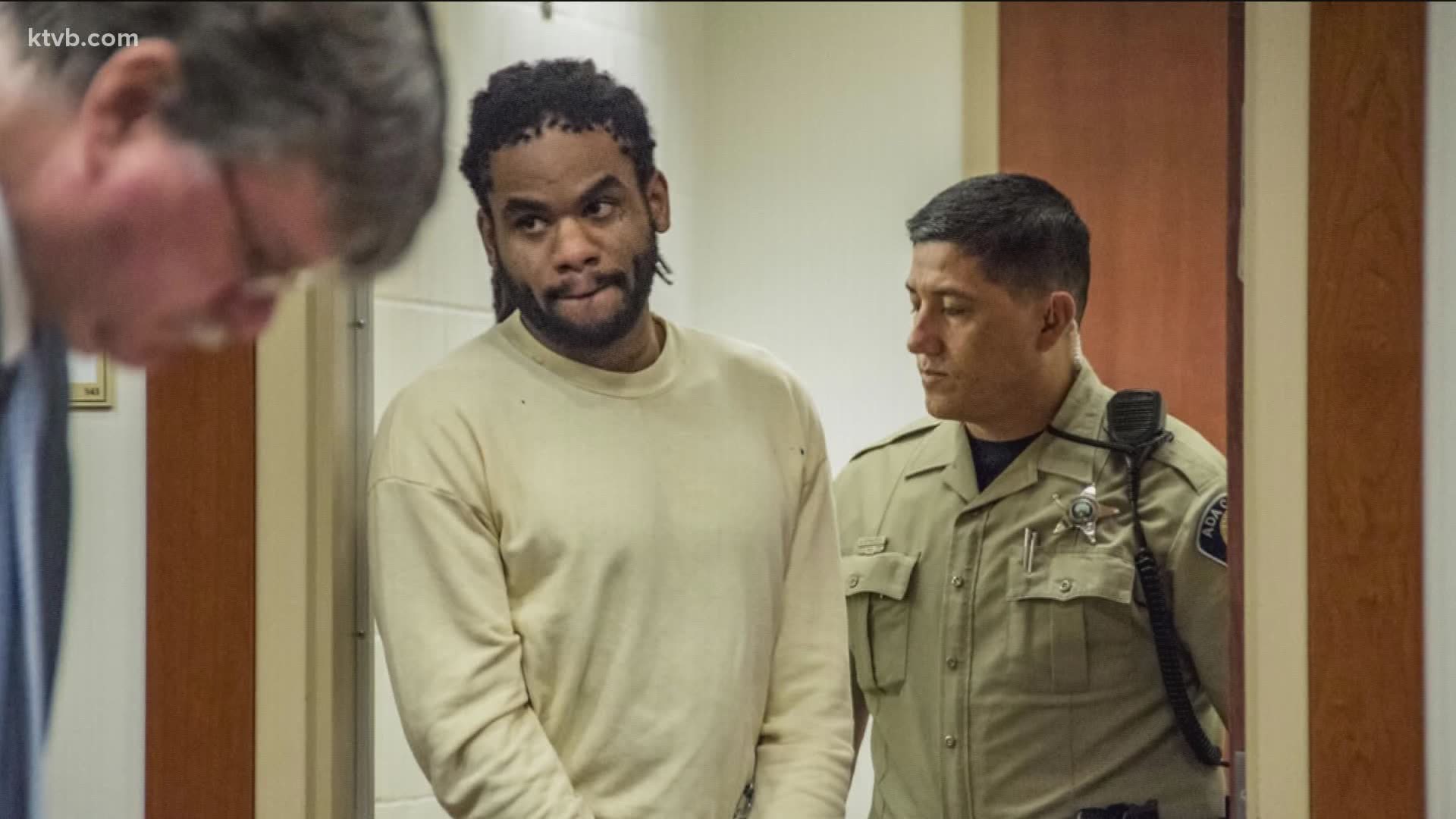 BOISE, Idaho — Timmy Kinner, the man accused of killing a 3-year-old girl and wounding eight others during a stabbing rampage at a Boise apartment complex pleaded guilty to one count of first-degree murder on Tuesday "pursuant to a stipulated plea agreement."

He also pleaded guilty to 11 other counts, including aggravated assault, aggravated battery and use of a deadly weapon.

Kinner was arrested on June 30, 2018, after he attacked nine people with a knife during the birthday party of 3-year-old Ruya Kadir. Ruya died from her injuries; five other children and three adults were hospitalized.

Investigators said Kinne targeted the girl's party at random. According to prosecutors, he was angry at a woman who lived in the Wylie Street Station Apartment complex and went to her home with a knife, seeking revenge. When he discovered that she wasn't home, however, he turned his attention instead to the birthday party happening a few doors down, according to police.

The trial stalled after he was ruled incompetent for trial in December 2018. Defense attorneys for Kinner previously argued the defendant suffers from “mental conditions” that impair his decision-making skills and his ability to help his lawyers defend him.

In October 2019, however, he was found competent enough to stand trial. Judge Nancy Baskin wrote that "the Court finds that Defendant 'has sufficient present ability to consult with his lawyer with a reasonable degree of rational understanding - and [that] he has a rational as well as factual understanding of the proceedings against him.'"

Kinner was scheduled to go to trial in February after a judge ruled him competent. His court proceedings until that point had been delayed as he was undergoing treatment.

A hearing on a request to postpone the trial was held on August 11, 2020, in Ada County, which resulted in his trial being postponed until September 2021.

Our heartfelt care goes out to the families who were impacted, and our gratitude goes to the Boise community who wrapped services and support around our Wylie neighbors in an extraordinarily difficult time. We, at the IRC in Boise, are grateful that the families who survived the Wylie mass stabbing attack will be spared the experience of reliving the incident with a lengthy trial. We once again thank the community for respecting the privacy of the impacted families.