A man seen being pinned and beaten in Clayton County is one step closer to being freed. However, he still faces the legal process in another county. 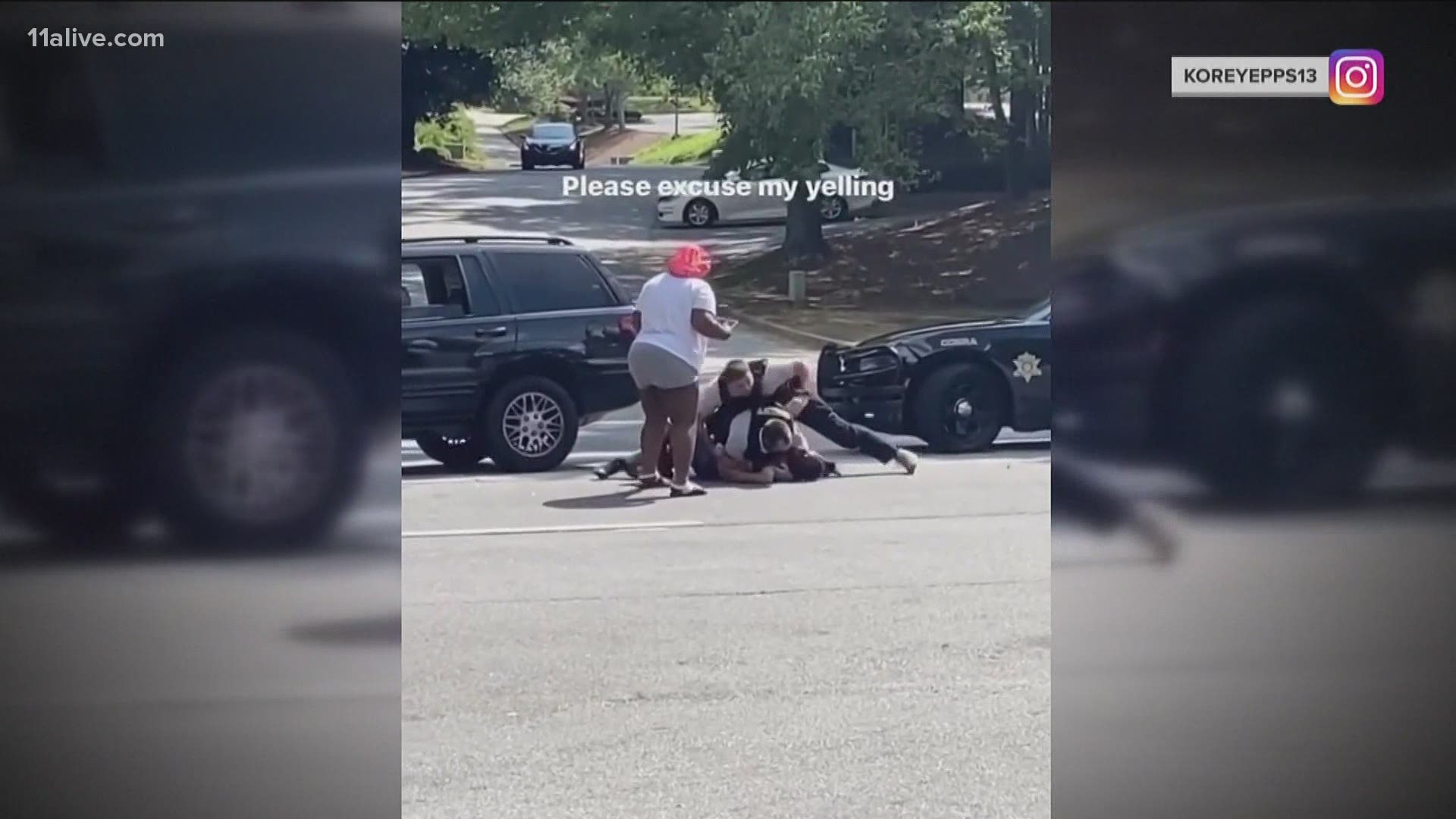 CLAYTON COUNTY, Ga. — An attorney for the man seen being beaten by a now-former Clayton County deputy in a viral arrest video says he may soon be released from Clayton County Jail, but may not be free just yet.

Attorney Torris Butterfield is serving as Roderick Walker's criminal attorney and said the assistant district attorney handling the case in Clayton County has agreed to set bond and that it was a judge's signature. Since Butterfield spoke with 11Alive, records from the Clayton County jail show Walker having been released from their custody as of 7:55 p.m. Monday.

"Roderick Walker has been granted a $25,000 bond by the Clayton County District Attorney's Office for the charges he faced in the incident with Clayton County deputies," attorney Shean Willams said.

And while that would mean Walker is free from Clayton County jail, he would likely be transferred to Fulton County where he would have to once again be granted bond on warrants that pre-existed the Clayton County stop.

"We have already begun working on resolving his outstanding probation matters in Fulton County," attorney Williams said. "However, he will remain in the Fulton County Jail until his probation issues are settle."

Walker was a passenger in a car that was allegedly pulled over due to a taillight in Clayton County on Friday, his attorneys told 11Alive. However, they said that things turned physical when deputies asked for his identification and he asked questions in response since he wasn't driving.

Video picks up after this alleged exchange but shows deputies on top of Walker, pinning him to the ground. Walker is then punched repeatedly by one the deputies, the video shows.

That deputy has since been fired but protesters outside the Clayton County jail said that wasn't enough. They demanded he be released from the jail and the charges he faced in the Friday arrest be dropped.

"His legal team would like to reiterate that none of this would be happening if it weren't for the unlawful assault and arrest made by the Clayton County deputies, one of whom has already been terminated," Williams said.

The latest development means one of the goals of protesters and attorneys is one step closer; however, he was issued bond - meaning the two charges of obstructing or hindering law enforcement officers and two counts of battery still stand.

"Mr. Walker and his family have suffered greatly throughout this ordeal," attorney Shean Williams said. "They would like to thank everyone in the Atlanta area and around the country who has reached out and offered support."

In a statement, the Clayton County sheriff said previously that Walker has a probation warrant out of Fulton County for cruelty to children, possession of a firearm by a convicted felon and a failure to appear warrant in Hapeville.

Whether bond is granted for the active warrants there will be handled in that county. However, his representatives said they are confident he will bond out in Fulton as well.