Joshua A. Rauch is charged with second-degree arson for his suspected involvement in at least 5 fires in the Greater Heights area. 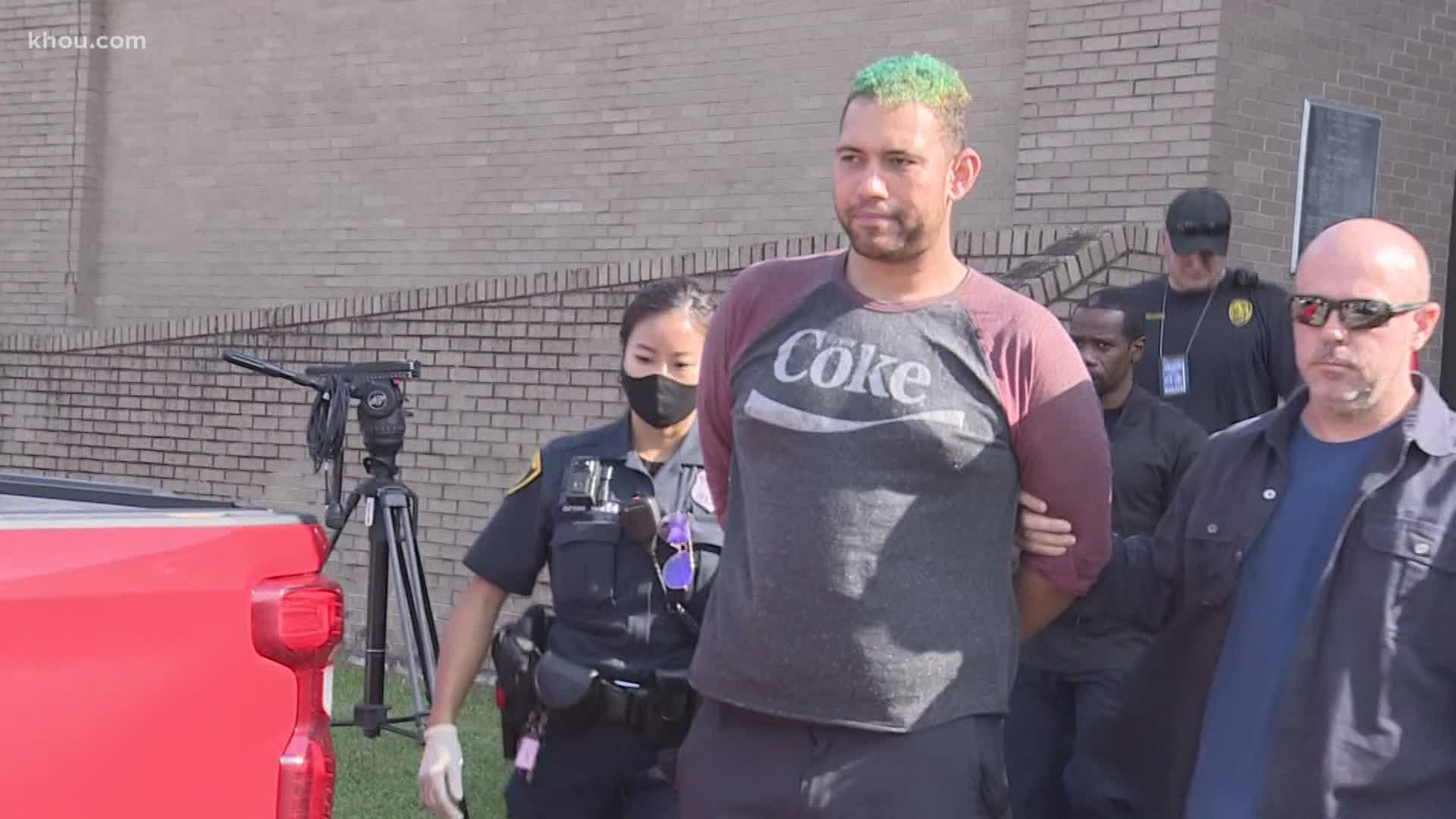 HOUSTON — Arson suspect Joshua A. Rauch appeared in front of a judge for the first time overnight Sunday for his alleged involvement with multiple fires being set in the Greater Heights area.

A judge set Rauch's bond at $50,000. He is currently still in Harris County jail.

According to court records, Rauch went on a crime spree on Oct. 7, setting multiple fires to buildings, cars and trash cans.

The investigation into Rauch started with a fire in the 2000 block of West 34th Street. Rauch is seen on surveillance video entering a parking lot and pouring an unknown type of flammable liquid from a red plastic container, similar to a gasoline can, onto a backpack before igniting the backpack.

Court documents reveal Rauch then left the building and drove across the street to the El Moreliano Meat Market. He then allegedly started another fire to a shed connected to the building behind the market.

An arson investigator said they were able to identify Rauch as the suspect in these surveillance videos through a separate investigation led by the University of Houston Downtown Police Department where Rauch is accused of setting a fire and damaging the entrance gate to a parking garage on Aug. 27.

With all of this evidence, the arson investigator was able to obtain a search warrant for Rauch's cell phone data to track his whereabouts on Oct. 7.

Prosecutors believe Rauch may be responsible for more fires.

At this time, the motive is unknown and investigators are still evaluating the cost of the damage from the incidents.

Check back for any updates.