'We just want justice.' Family of young teen gunned down in front of family says few answers from police

As Brayan Zavala's family mourns, they are also pleading for answers in the investigation. 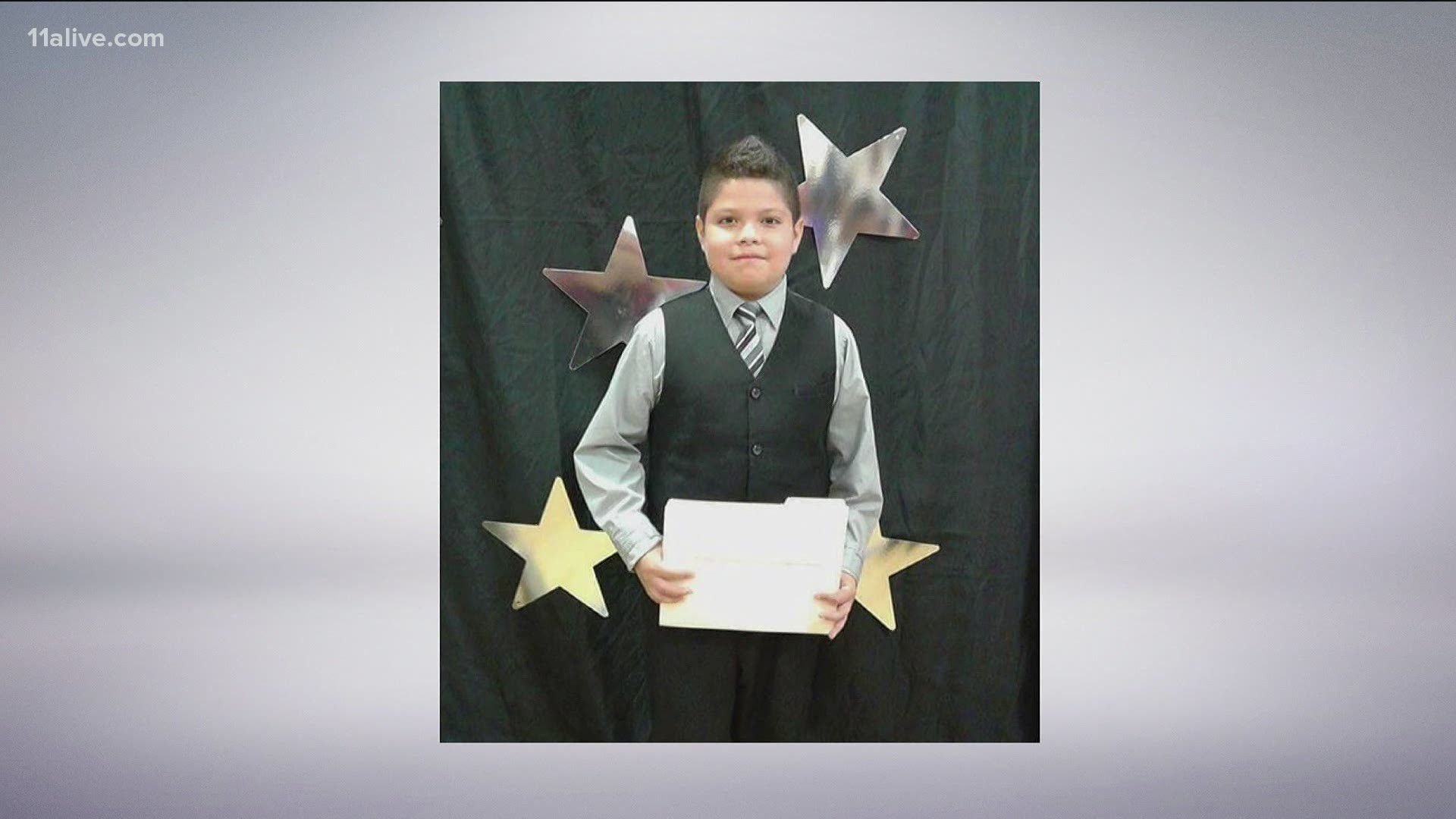 CLAYTON COUNTY, Ga. — The young teen gunned down last week in the driveway of his Riverdale, Georgia home was laid to rest this week, but Brayan Zavala's family said they are still no closer to getting the answers they need as to why he was killed.

"All of us, in some way, have been affected by Brayan’s death, and it’s especially sad and difficult because of the circumstances of his passing," explained Fr. John Koziol, who presided over the Wedneday funeral services at St. Philip Benizi Catholic Church for the 12-year-old.

Police said Zavala was shot to death in his family's front yard last week, as he and his brother worked in the front yard.

RELATED: 'He just came there, stood in silence and shot my brother'

Zavala's brother Jesus and his father Santiago witnessed the horrific shooting - the pain, unbearable the morning after brayan died. A pain Koziol tried to put into words for those gathered at the services.

"The suffering of his parents and his brother and sister and all of you who were close to him - it’s almost indescribable," Koziol explained. "The great pain and suffering that you’re feeling and will continue to feel in the days and weeks and months and years ahead."

"We don’t even have to say too many words because words right now are almost meaningless," he added. "They can’t take away the pain that the Zavala family and all of you are feeling."

But as Brayan's family mourns, they are also pleading for answers in the investigation.

"It’s been a week now since my brother died and not had - I haven’t had anything, no answers from police," his brother Jesus told 11Alive.

Jesus said the family is disappointed with the lack of contact they said they've had with police.

"It makes me feel frustrated and it makes me feel bad that they don’t think it’s a big deal," he said. "I mean they killed my little brother, my 12 year old brother."

11Alive asked Clayton County Police if there were any updates in the case; they said there were none, writing: "Our detectives are diligently working the case right now. At this time, be have no updates to give due to the investigation still being in the preliminary phase. We can not make any speculations at this time and will only provide accurate information in reference to this case. As soon as we have an update, we will be sure to provide everyone with it."

For Jesus and their family, those updates can't come soon enough.

"We just want justice, ma’am," Jesus added. "We want to find whoever killed my brother so he can go to jail and pay for what he did."

Until that justice comes, though, the family's church community prayed for rest for the 12-year-old's soul.

"May his soul, and the souls of all the faithful departed through the mercy of God, rest in peace," Koziol prayed. "Amen."