A Chamblee police officer initially tried to stop a woman who was displaying a stolen tag on her vehicle. 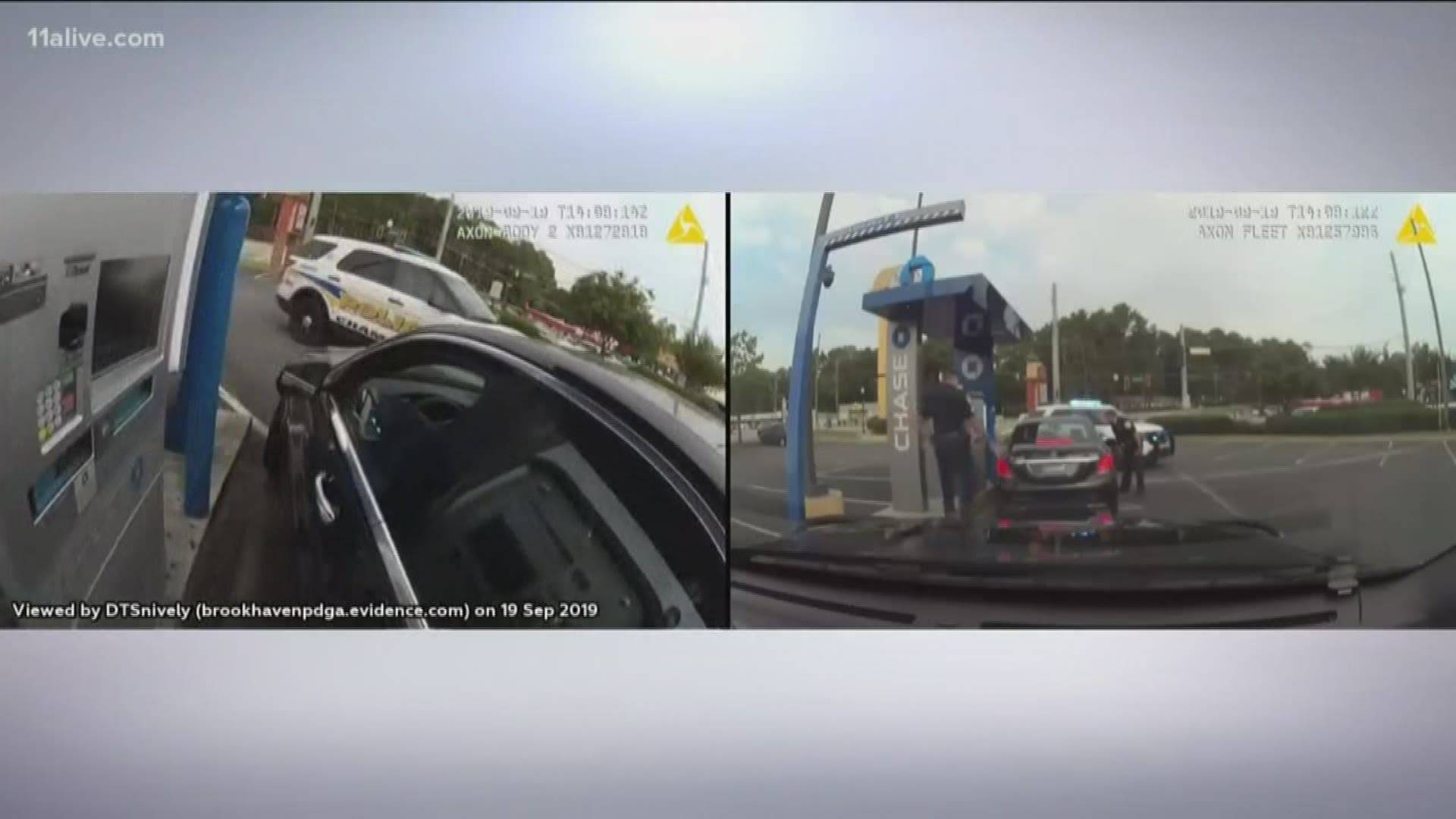 BROOKHAVEN, Ga. — The Brookhaven Police Department needs the public's help in finding a woman who nearly struck a police officer with her car as she fled a traffic stop on Thursday morning.

At around 10 a.m., a Chamblee Police officer followed a black Mercedes C-Class 63, which they said was displaying a stolen tag, into Brookhaven.

The Chamblee officer waved down a Brookhaven Police sergeant, and the pair attempted to stop the suspect near an ATM in the parking lot of Northeast Plaza off Buford Highway.

As the officers attempted to contact the female driver, police said she reversed, then accelerated forward.

"The movements of her vehicle nearly pinned the Brookhaven Officer against the concrete surroundings of the ATM," Sgt. David Snively said in a news release.

Brookhaven and Chamblee officers pursued the vehicle south on Interstate 85 and into the City of Atlanta before the driver turned back northbound on I-85.

"Citing heavy traffic and the continuing risk to the public, supervisors from the pursuing agencies made the decision to terminate the pursuit," Snively said.

Now, they're looking for the driver who was behind the wheel.