No bond for metro Atlanta 18-year-old charged in connection with U.S. Capitol riots

11Alive learned in court that Bruno Joseph Cua, of Milton, will be taken to Washington D.C. and remain in prison as he awaits trial. 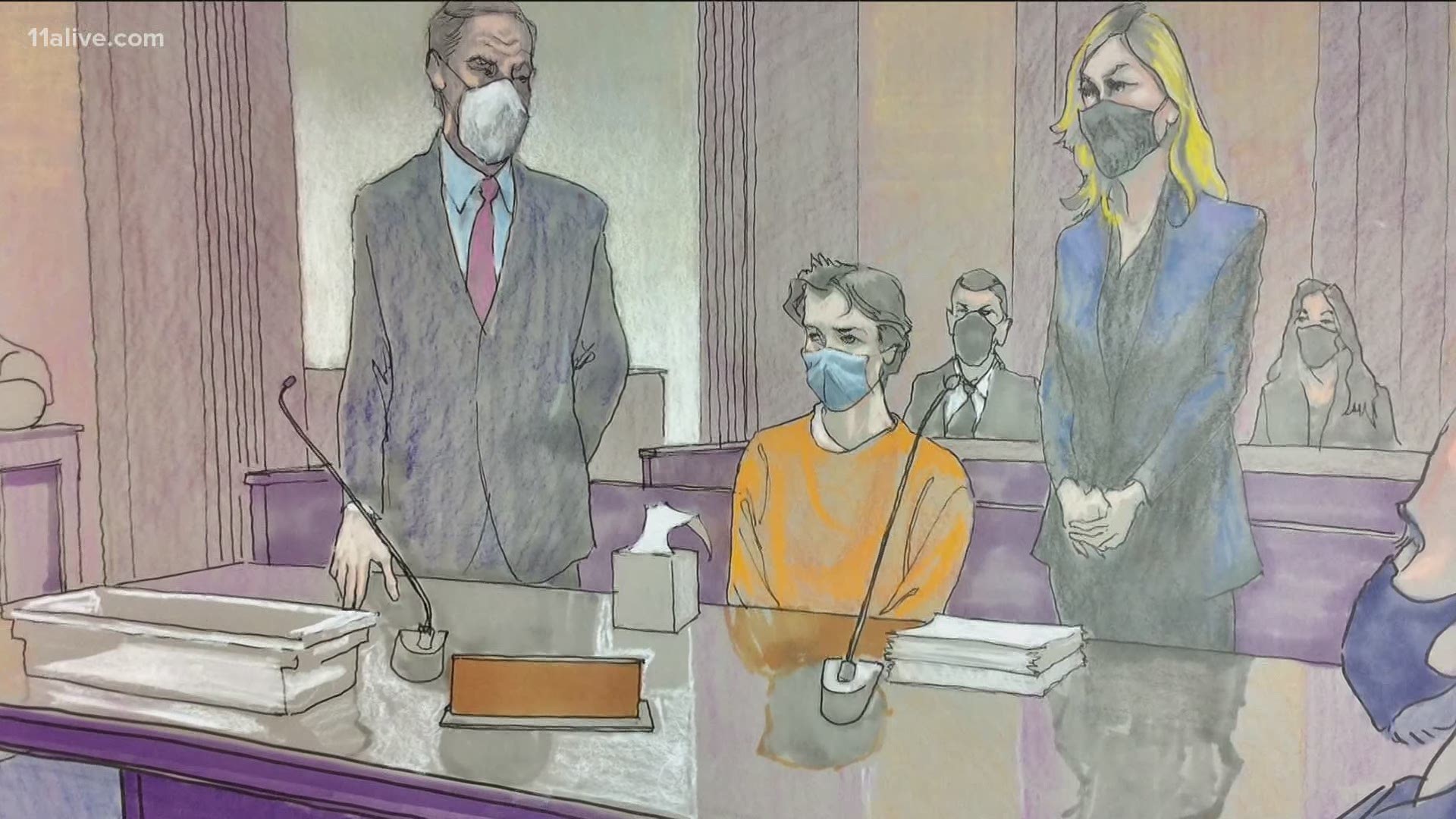 ATLANTA — A metro Atlanta 18-year-old who was arrested in relation to the insurrectionist riots at the U.S. Capitol was denied bond in federal court on Friday.

11Alive learned in court that Bruno Joseph Cua, of Milton, will be taken to Washington D.C., and remain in jail as he awaits trial.

After his bond hearing ended Friday, Cua was walked away wearing handcuffs as he told his parents who were in the courtroom gallery, "I love you, I love you both."

Cua was arrested a week ago in Georgia.

He is facing a long list of charges, including assault on a federal officer; civil disorder; obstruction of an official proceeding; restricted building or grounds; and entering or remaining on the floor or gallery of either House of Congress, violent entry or disorderly conduct, engage in physical violence, obstruct, or impede passage, and parade, demonstrate, or picket on Capitol Grounds.

In court, 11Alive learned he was one of the people who made it to the U.S. Senate floor. Messages posted on social media were also read in court.

Cua's parents were being proposed as custodians. However, the judge said he didn't think that would be a good fit. His parents drove him to the Jan. 6 rally where they went to hear former President Donald Trump's speech. They then walked to the U.S. Capitol, according to the testimony given by Cua's father in court.

He added that his son mentioned he wanted to get a closer look at what was happening. Cua's father gave him the okay to climb the scaffolding.

Cua went inside the Capitol building, and the parents didn't try to stop him, according to his father's testimony. The father also testified that they lost sight of him and tried to call and text him, but they couldn't get a signal.

According to testimony on Friday, after more than an hour, Cua met back up with his parents outside the Capitol. The father said in court he wasn't aware of his son's social media activity, especially private messages. In court, Cua's father said he now feels embarrassed and partly responsible for the actions his son is charged with.

According to a complaint obtained previously by 11Alive, the FBI was first made aware of Cua's alleged involvement on Jan. 8, when the agency received at least two tips identifying Cua as possibly one of the people seen in the widely-distributed "persons of interest" posters from DC Police.

According to Cua's social media posts, including posts shared on Parler that referenced plans to travel to DC on Jan. 6, claimed "President Trump is calling us to FIGHT!" - and a previous Jan. 3 encounter with Milton Police - in which he wore the same jean jacket - all led the FBI to believe there was enough probable cause to charge Cua with the federal crimes.

Cua joins a handful of other Georgians connected to the storming of the Capitol, including south Georgia attorney W. McCall Calhoun, who posted to social media that he was among the first to break into Speaker Nancy Pelosi's office during the breach, and Cleveland Meredith, who has been accused of making violent threats toward Pelosi.

Another who was arrested following the riots at the Capitol, Christopher Stanton Georgia, died by suicide shortly after his arrest. A Georgia woman, Roseanne Boyland, died in a crush of people outside the Capitol on the day of the riots.