Two district attorneys are being urged to step down for the way they have handled Arbery murder case. 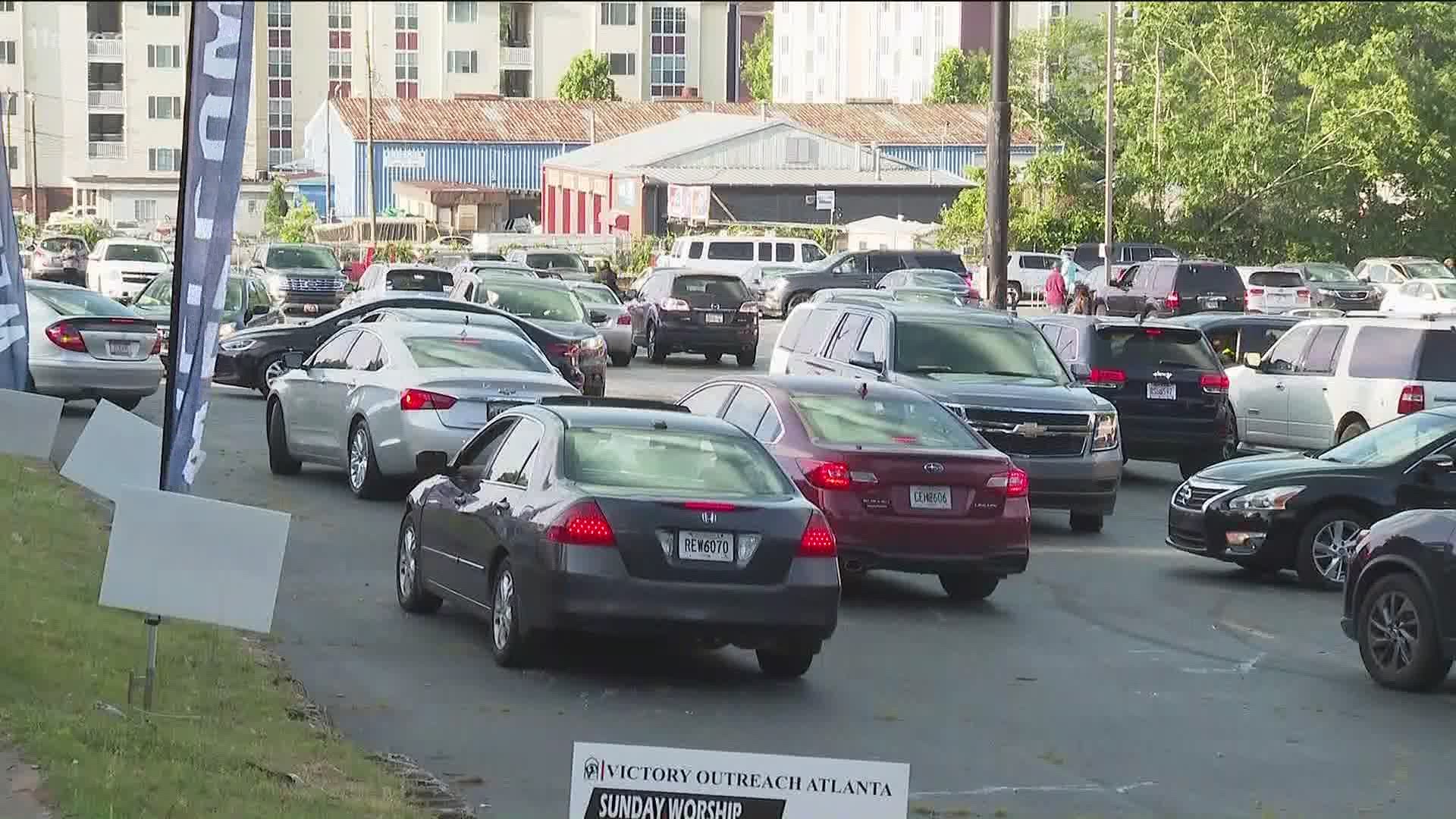 ATLANTA — A demand for resignations is the driving force behind a rally taking place in Brunswick on Saturday afternoon.

A large group, spearheaded by Just Georgia, is calling for two district attorneys to step down for the way they handled the shooting death of Ahmaud Arbery.

A caravan departed the Victory Outreach Center in southwest Atlanta early Saturday morning, driving the 300 miles to downstate Brunswick for a rally in support of Arbery.

The 25-year-old unarmed black man was gunned down as he jogged through a neighborhood in February.

It was not until months later -- this past week -- that a father and son, Gregory and Travis McMichael, were arrested and charged in connection with Arbery's murder.

The caravan group plans to gather and rally outside the Glynn County Courthouse at 2 p.m., where they said they will call for the resignation of the first two district attorneys to originally handle the case, saying their actions were improper.

The first DA, Glynn County District Attorney Jackie Johnson, recused herself and her office, because one of the defendants, Gregory McMichael, is a retired investigator who had previously worked in her office.

However, questions have emerged regarding whether or not Johnson's office handled the case properly prior to the recusal.

Johnson defended herself on a local radio show this week, saying the only mistake she had made "was trying to be helpful."

After a period of several weeks, Barnhill also recused himself from the case, but not before an outcry from Arbery's mother, who pointed out that Barnhill's son also works in the Brunswick District Attorney's Office.

"She sees a conflict in that my son works in the Brunswick District Attorney's Office where Greg McMichael retired some time ago," Barnhill said in a letter to Glynn County Police Capt. Tom Jump in early April. "She believes there are kinships between the parties [there are not] and has made other unfounded allegations of bias[es]."

In that same letter, Barnhill told Jump that while he would recuse himself and request that the Attorney General assign a different DA to handle the case, Barnhill said that he felt he could still comment on the facts of the case.

Barnhill's letter outlined how and why, in his "professional belief" that there were no grounds for an arrest of the McMichaels for the death of Arbery, including a postulation of Arbery's mental health and prior arrest history.

Both Johnson's office and Barnhill's office are being investigated by Georgia Attorney General Chris Carr.

Attorneys for the McMichaels caution the public against a rush to judgment. Conversely, attorneys for Arbery's family say they wish he had been given the same presumption of innocence.

People from the Savannah and Brunswick areas are expected to also gather outside the courthouse for the Saturday afternoon rally.