Neighbors fed up over crime in Buckhead

Residents say the area needs more of its own dedicated officers and that recent crime has many people ready to move. 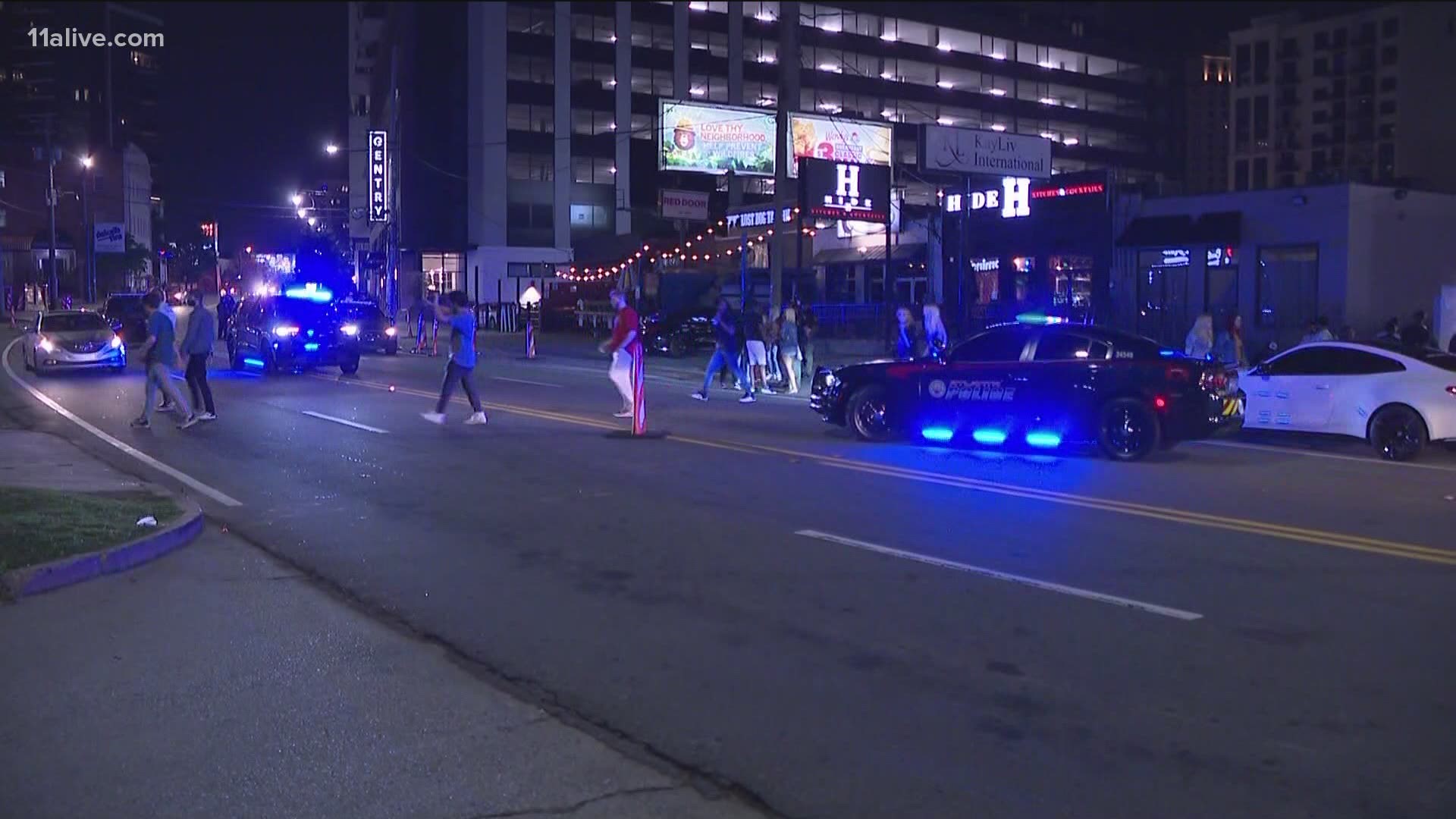 ATLANTA — On the heels of yet another violent weekend in Atlanta, residents in one community are reacting to scenes they said are becoming all too familiar.

Friday night, James Mospanyuk was walking home to his Buckhead apartment complex from dinner when he heard gunshots nearby.

“I don’t know what’s going on, they’re looking with flashlights over here,” Mospanyuk narrated as he recorded the shooting scene on his iPhone.

“I thought to myself, if I would have just walked around another way to see the scene at some of these other bars, I could have been in the mix.”

Police said the victim was shot in the leg after a fight broke out inside the club and spilled outside. Investigators said the woman who was shot was not involved in the fight.

“That's the problem, lately you have so many people who have nothing to do with the situation getting hurt," said Mospanyuk. "When you start drinking and going that route, you just should leave the guns at home."

Bill White, Chairman and CEO of the Buckhead City Committee said his group has already filed two bills to split from the city of Atlanta and become its own city.

"A dead and dying Buckhead is the end of Atlanta and we are taking control of our own destiny with this movement,” said White.

Mospanyuk says he’s lived in the area for about a year-and-a-half and supports Buckhead becoming its own city. He said the area needs more of its own dedicated officers and that recent crime has many people he knows ready to move.

“A lot of people are moving to Sandy Springs and outside Metro,” he said. “They are just done dealing with it.”