Houston police also believe the suspect may have been intoxicated while driving the stolen vehicle, but the case is still being investigated. 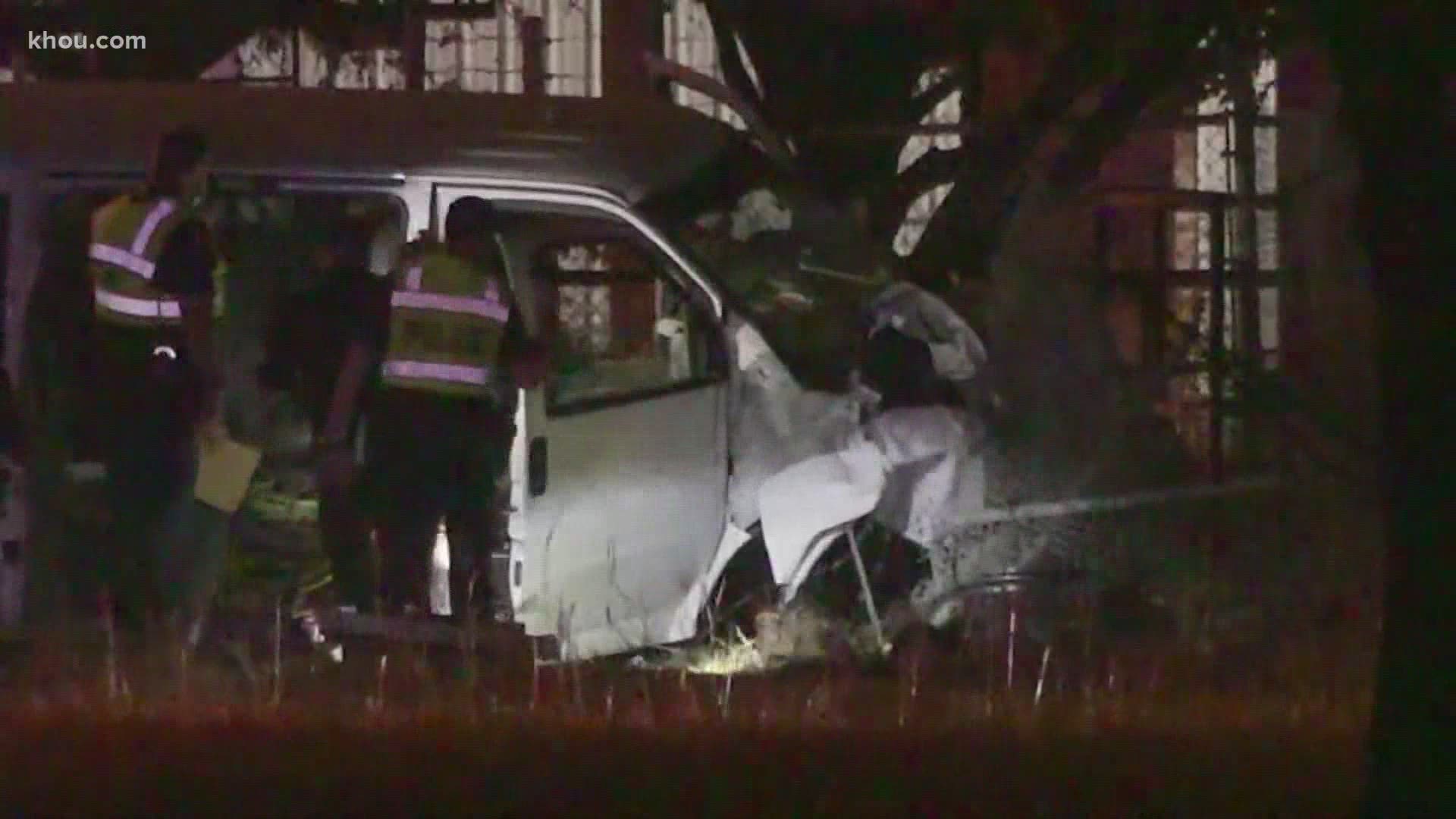 HOUSTON — Houston police are investigating a burglary Monday morning that ended with one suspect dead and another facing felony murder charges, according to Division Chief Sean Teare with the Harris County District Attorney’s Office.

Diamante Isaiah Brena, 18, crashed while running from police and his unidentified passenger was killed.

It started about 12:30 a.m. with a suspicious person call from a trucking company at 5121 Oates Road. Police said a security guard reported someone had stolen a generator.

Investigators said officers arrived and spotted a white van with a trailer attached fleeing the scene.

Teare said police followed the van off Oates Street and onto Wallisville Road. At that point, he said multiple police units had joined the pursuit and the trailer had broken off the suspects’ vehicle.

According to police, Brena was driving erratically and eventually lost control of the vehicle. The van hit a median in the road, went onto the curb and then crashed into a chain-linked fence.

Teare said Brena was pulled out of the vehicle and taken into custody. Investigators said the passenger was struck with a portion of the fence. The 35-year-old man was taken to the hospital where he was later pronounced dead.

Brena was arrested and charged with felony murder.

“[It’s] based on the felony that he was committing was evading in a motor vehicle, and during the course of that felony, he committed an act clearly dangerous to human life and it killed his passenger,” Teare said.

Police say the van was stolen.