BUTTS COUNTY, Ga. — Last year, the Butts County Sheriff wanted to make it clear on Halloween who the registered sex offenders were. He did so by putting warning a sign in front of each of the sex offenders' homes.

"My office took precautions and placed signs indicating 'No Trick or Treat' at each registered sex offender’s residence in the County," Sheriff Gary Long said. "This was done to ensure the safety of our children."

But now attorneys representing multiple sex offenders have filed a class-action lawsuit against him and his staff, saying the Sheriff is violating laws he is sworn to uphold.

"The sex offenders have asked a federal judge to stop my office from placing these signs this year," Sheriff Long posted this week on the Sheriff's Office Facebook page.

One of the Atlanta attorneys representing the plaintiffs in the federal lawsuit, Mark Yurachek, says the Sheriff is right to protect children, but going about it all wrong.

“State law does require him to notify the public in very specific ways. And none of those ways includes placing signs on registrants’ lawns.”

Yurachek points out that his clients’ names and photos and addresses are already on-line, on the GBI's public sex-offender registry website for all to see. He says they have served their prison time, they’re not on probation, they’ve paid their debts to society, and they are complying with all of the requirements of the sex offender registry--and not risking prison again by being anywhere near children.

Yurachek says that forcing the registrants also to display the yard signs is going too far--breaking the law in the name of enforcing the law.

And, he asks, where would that stop?

“It’s easy to pick on these guys. Because nobody really wants to see anything done for a sex offender. But I promise you if this goes by without a legal challenge and push-back, it’s going to get worse.... The Sheriff’s going to say the next time, when it’s the DUI registry, and he wants to identify people who drink and drive, that that’s okay, as well” to make them affix signs on their cars identifying themselves as having had a DUI conviction, no matter how long ago it was.

Sheriff Gary Long, whose deputies tell the offenders that they face arrest if they take down the yard signs, told us a year ago that yard signs are a public service.

According to the lawsuit, the offenders question whether the sheriff "exceeded his authority" in putting up the signs and whether deputies trespassed on their properties in doing so. The suit also says the deputies' actions caused harm, including "anxiety, embarrassment and humiliation," and damaged their ability to trust law enforcement. They're seeking a jury trial and damages.

On Thursday, Long's office will argue in Federal Court that they are "protecting our children and following Georgia Law" by placing these signs.

He said that regardless of the judge’s ruling, he'll continue do "everything within the letter of the law to protect the children of this community."

Georgia state law prohibits registered sex offenders from placing Halloween decorations on their property. The yard signs the Sheriff posts have the universal "no" symbol over a trick or treat bag underneath the message "NO TRICK-OR-TREAT AT THIS ADDRESS!!"

Last year, the mother of a registered sex offender in Butts County told 11Alive that it feels like a "target" to some who live with offenders.

"There have been threats made. Hot heads saying 'just take a gun to their heads'," the woman, who didn't want to be identified, said.

Earlier this year, the Georgia Supreme Court struck down a requirement that “sexually dangerous predators” who have completed their sentences should remain on electric monitoring for the rest of their lives.

There are currently 56 registered sex offenders living in Butts County.

Each county has an offender watch page on its website and a link to the statewide sex offender registry. 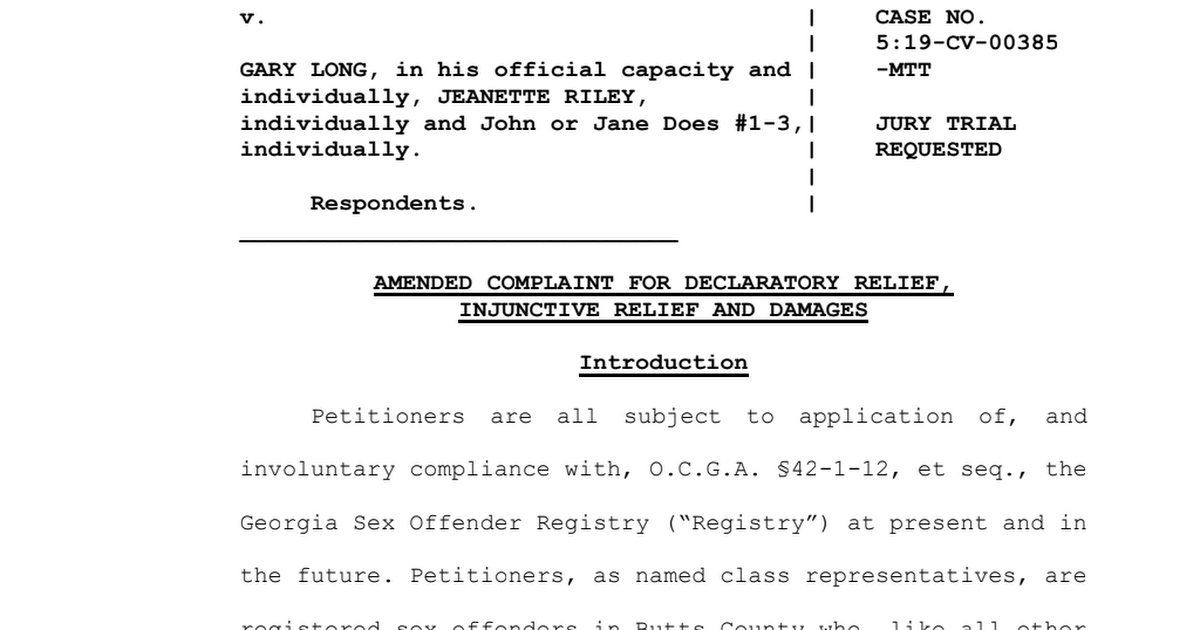 AP: Hundreds of priests accused of child sex abuse living with no oversight

He's confessed to 7 murders, but his story has some holes