Police now believe a woman who was not involved in the dispute ended up being shot at least twice as bullets flew in a busy area of downtown Atlanta.
Author: Christopher Buchanan
Published: 6:41 PM EDT July 27, 2019
Updated: 1:19 AM EDT July 28, 2019

ATLANTA -- Police are investigating a shooting in one of downtown Atlanta's busiest areas that happened Saturday afternoon that ended with three injured.

Atlanta Police said they were called to the corner of Alabama and Broad streets around 5:45 p.m. to reports of a person shot. Upon arriving, they first found a man shot multiple times.  They also found a woman who was shot in the thigh and chest as well.  Both were described as "alert, conscious and breathing" by police; though, their specific medical condition wasn't released. 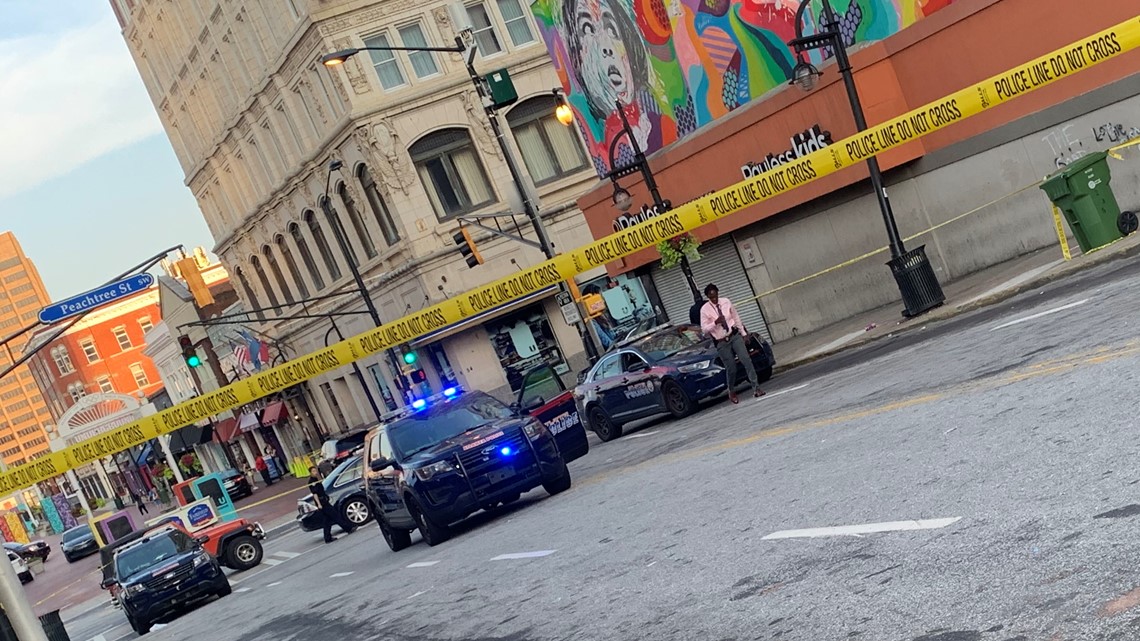 Police later said a third person they consider a suspect was seen removing his gun as he exited a vehicle during the incident. Police said he shot himself in the hip before escaping.

Further investigation has since revealed that the two men, in this case, were involved in a fight. Police said they separated at first but then one of the men pulled out a gun and fired at the other.  The other man then returned fire striking a woman who wasn't involved during the exchange of bullets.

Both the bystander and the suspect who remained on the scene were taken to Grady Memorial Hospital for treatment.  Authorities are still looking for the other suspect.

'I deliver this message with a heavy heart.' NC trooper injured in crash is paralyzed from neck down