Police described the victim as a juvenile but are still working to figure out exactly where the shooting occurred. 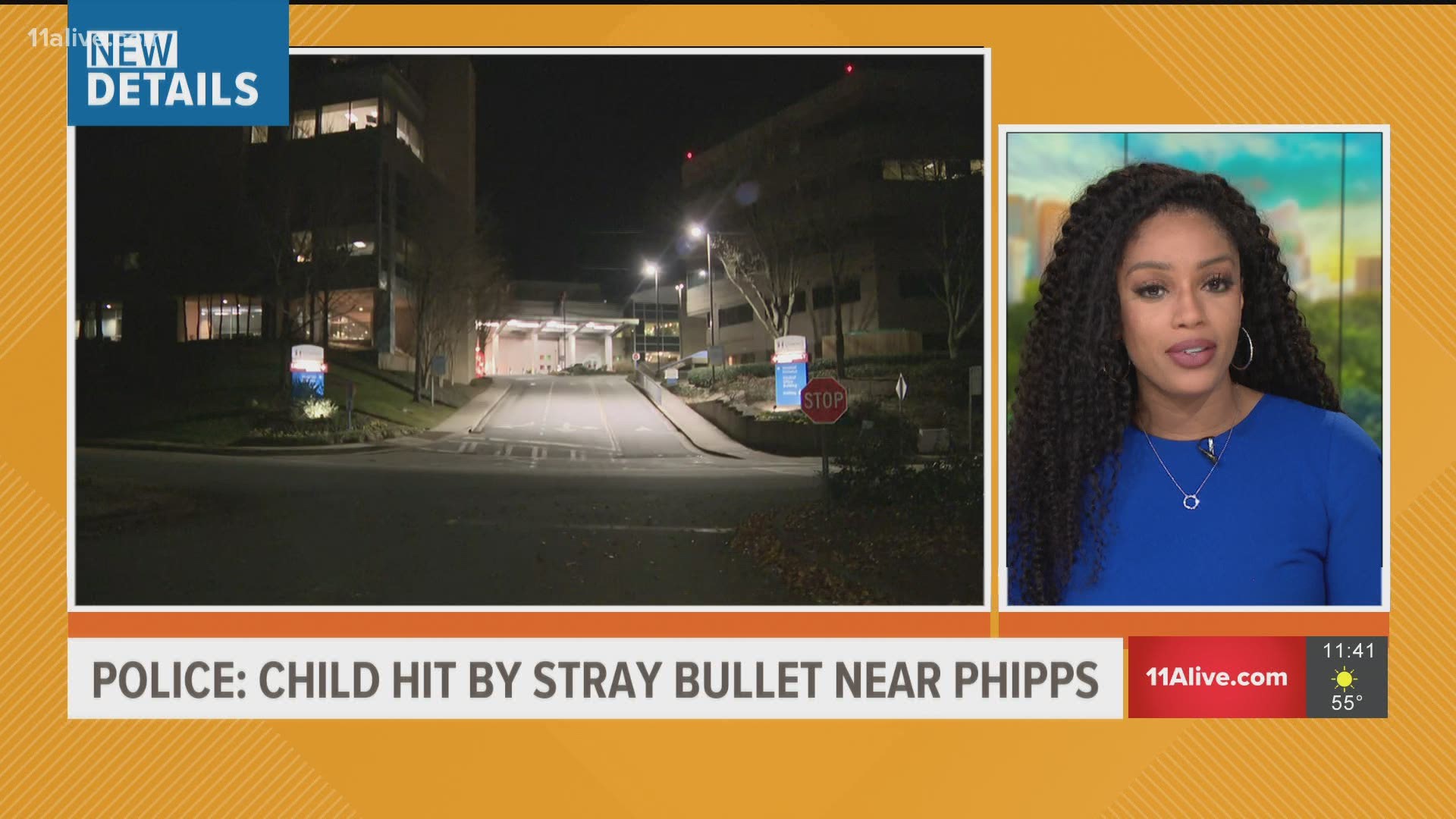 ATLANTA — Atlanta Police are still trying to gather details after learning that a child had been shot along Peachtree Road near Phipps Plaza on Monday evening.

Police said they were dispatched to Children's Healthcare Scottish Rite Hospital regarding a 7-year-old who had been shot. A caller told police their niece had been shot while in a car.

"The aunt continued to drive and a short time later noticed that the victim was acting strangely. The aunt realized the child had been shot and drove to the hospital where the victim was taken into surgery in critical condition," police said in a statement.

And while many details surrounding how the incident came about are not yet known, police have since confirmed that the child is in critical condition as a result of the shooting.

Homicide detectives took over the case and are working to determine the circumstances surrounding the incident.

Police said that the information they released on the shooting is considered preliminary, meaning details could change as more information is uncovered.