A Georgia family in Atlanta for cancer treatment had their back window busted out overnight at the Sheraton downtown. The thieves stole their daughter's cancer meds. 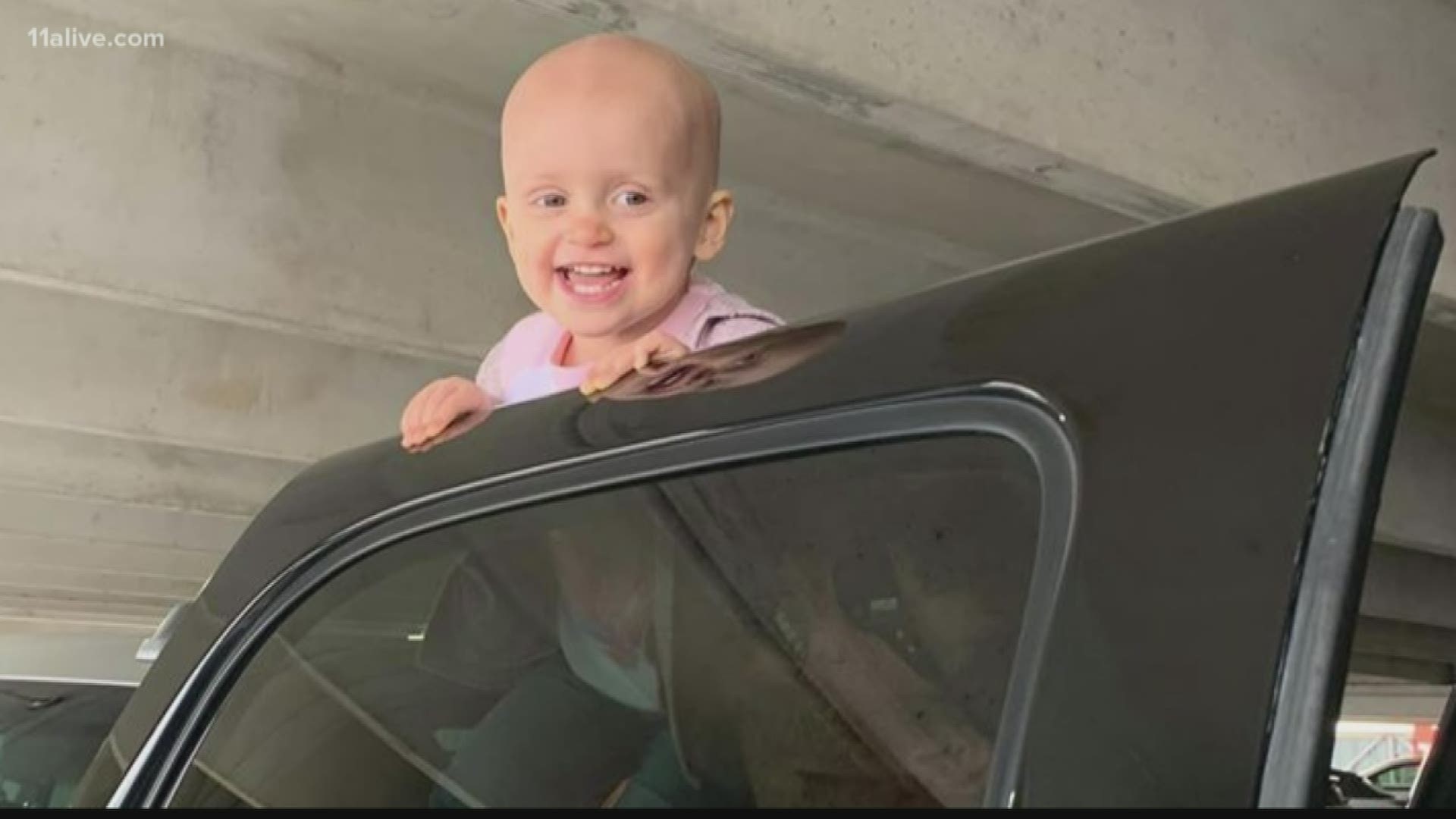 ATLANTA — The family of a 1-year-old girl battling cancer is begging the person who stole their child's medical records to return them.

Hailey Holder was in Atlanta for an oncology meeting early Wednesday morning, but when her parents got to their car, they found everything they left inside missing.

11Alive talked to the family on their way to yet another hospital visit.

The family said they were in Atlanta after an overnight chemo visit for their daughter and just wanted to get some sleep before her next appointment. They parked at the Sheraton downtown and when they got up this morning, their back window was busted.

"This is our back window, the girl's car seat was right here in this seat. Our windows are tinted so it was all black glass, the entire window was missing. Her carseat was filled with black glass," said Hailey Allen.

She called police as soon as they came downstairs.

"It's just heartbreaking. We have a little girl fighting for her life, and we've been in the hospital so many times," she said.

The thieves took her daughter's cancer diary, where the family has cataloged every step of their journey.

"Her date of birth is on there. You can tell she is 1 and a half years old. Who would take that stuff," she asked.

They also stole Hailey Holder's medication and the beads of courage she collects every time she completes a treatment.

"Every poke, every scan, every chemo. There's no telling how many of those are missing. And those are really sentimental, they're representative of our journey," she said.

The mom said her government laptop and her husband's Nintendo switch were also stolen. She said the officer who took the report asked her why she kept valuables in her car.

"We are two extremely sleep deprived parents, trying to get a 1-year-old through chemo. And you just never think someone is going to break in to your car and take stuff," she said.

Her husband had a GPS tracking device in his backpack and they were able to follow the signal to a house south of Atlanta, near the airport.

"And an older gentleman opened the door and he refused to wake up his son. He said his son had just gotten home from work and he wasn't going to wake him up. And in his son's car in the driveway, there was a hatchet in the floorboard," she said.

While South Fulton County Police responded to the scene, they told the family they couldn't go in without a search warrant, and they should go home. A spokesman for the department said they would be following up with the officer and supervisor to determine what happened.

"We have enough bad everyday. That it would be really nice for someone to just take a moment's pause to think about how this is affecting us and our daughter and return our thing," she said.

The Allen Family is not interested in pressing charges, they don't want money back for the busted window, they just want their daughter's medical records and beads of courage back.