News of the arrests and a 'jammed gun' came with some relief - and more unanswered questions for the family of the Mount Zion High School Senior. 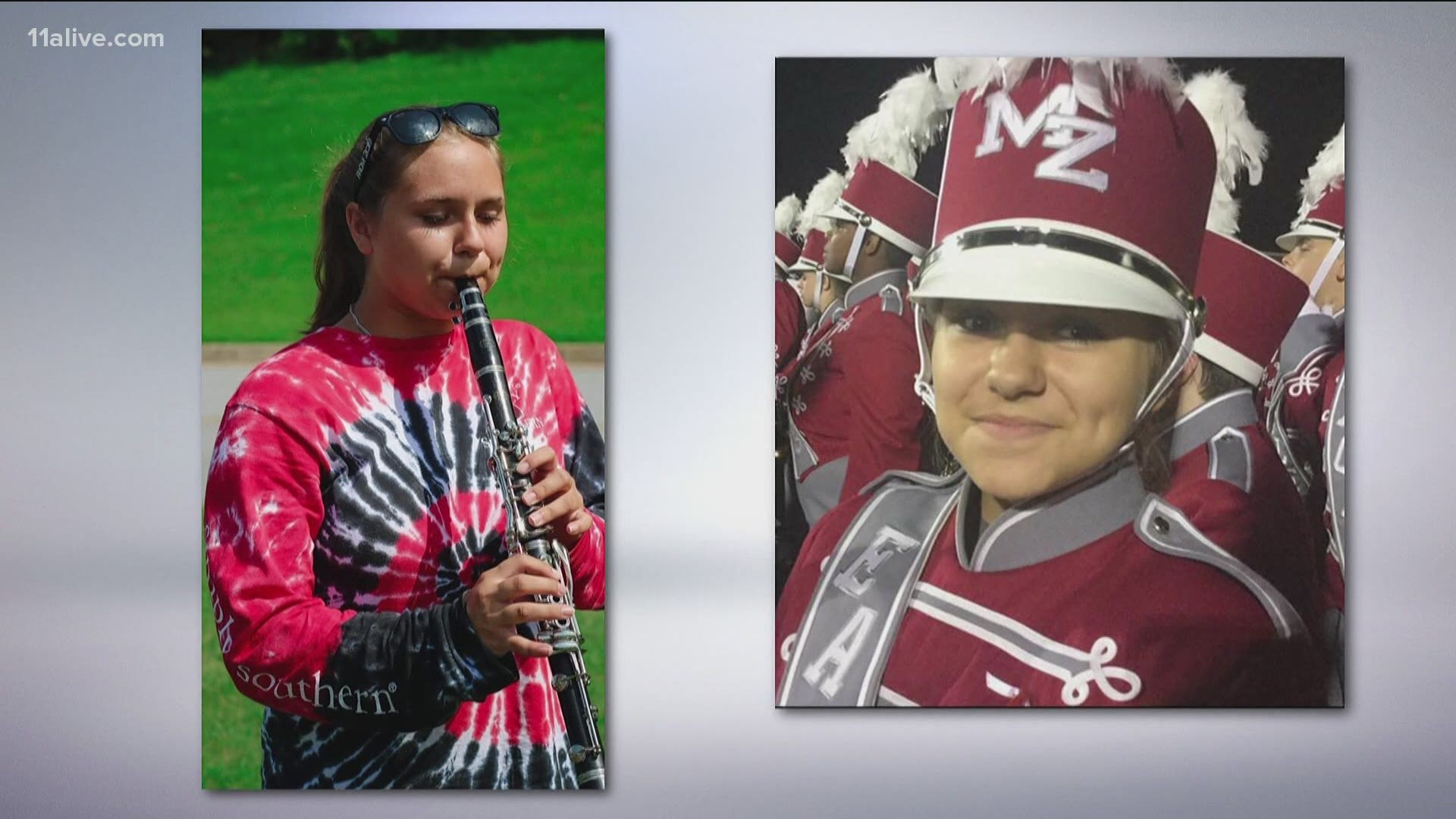 The arrests have brought some sense of relief, but also more unanswered questions for the grandparents who raised her, and close family friend, Tiffany Cantrell.

"I don't think the family will ever realize what an impression this beautiful young lady made on this community and how bad we're al hurting," she told 11Alive.

RELATED: 'The grandfather will not rest easy until justice is served': Friends mourn after teen shot, killed

In a news conference Friday afternoon, the Carroll County Sheriff's Office said Chrzan was shot and killed while target practicing with friends in the backyard of a home.

"At some point, Candace did have possession of a .22 pistol that they were using for target practicing," said Ashley Hulsey with the Carroll County Sheriff's Office. "The gun jammed."

They said Chrzan then handed the weapon to her friend to clear the jam. As the other teen, also a 17-year-old, was receiving it, the gun went off and hit Chrzan in the head, ultimately resulting in her death.

Authorities described it as a "horrible accident."

Cantrell said Chrzan's grandparents did not know that's what the teenager and her friends were going to do on Tuesday. They believe there is more to the story.

"Candace was [trained] in martial arts and Candace was also very trained in gun safety," Cantrell said. "Her grandfather, being a very protective grandfather, has taught Candace how to take care of herself in any means necessary. So that's why some of the story of the gun jamming is really not making sense."

The accused shooter, who turned himself in, is among the two people officials arrested Friday. He was charged with involuntary manslaughter, reckless conduct and possession of a firearm under the age of 18.

"When investigators arrived on-scene, he was physically and visibly distraught and upset," Hulsey said. "He did try to render aid to her unsuccessfully. So, his life is changed forever because he took another life, and he'll never be able to take that back."

Authorities said there were a group of four friends, including Chrzan, in that backyard. Cantrell said she knows three of the ones involved, but is wondering who the fourth person was.

She said one of the teenagers in the group posted a photo of the incident on Snapchat Tuesday night, which is how many people first found out.

"When the news first leaked that Candace was deceased, I had received a phone call on 8:15 Tuesday night," Cantrell recalled. "A friend of mine who happened to be a bus driver for the school system called saying, 'please tell me that what we're seeing on Snapchat is not true. A young man that was at the scene had taken a photo of the crime scene tape and the ambulance in the yard and posted it on his Snapchat story'."

Cantrell called Chrzan's grandparents, with a hope that it was all a rumor. That's when she realized it was the first time they were hearing the news.

"I contacted the granddad and said, 'please tell me that what I'm hearing is not true'... and he said 'I don't know. What are you hearing? What is this'. That is how the news was broken to the family. That had to be the hardest thing I have ever done in my entire life."

Carroll County officials also arrested an 18-year-old who allegedly made public threats on Snapchat to kill the teen involved in the shooting accident that resulted in Chrzan's death.

Investigators said this person did not know those involved in the original incident, but said he claimed to be Chrzan's cousin. He is facing a felony charge of making terroristic threats.

Though initially saying they were unsure of the 18-year-old's supposed connection to Chrzan, Cantrell said family later discovered that he was a very good childhood friend of the teen, and was "in his way taking up for her."

"Sometimes we say things before we speak, and I truly believe that he is sincerely sorry for his misconduct," she told 11Alive.

And while the family said they do not know the accused shooter, they hope he finds some kind of peace.

"It's a heartbreaking situation and it's going to be hard, but I hope that everyone in some kind of way can find some forgiveness in their heart no matter what," Cantrell added.

Cantrell will be speaking at Chrzan's service at the Mount Zion High School football field on Wednesday.

Authorities said the shooting is a reminder of the importance of gun safety.

"That family has to understand that our side of the situation, with Candace's family, they have a permanent loss. That young man's family has a temporary separation," Cantrell said.

Friends and family of the outgoing high school senior said she had a big heart, beautiful personality and inviting soul.

Chrzan loved playing the clarinet for the Mt. Zion High School marching band and, behind closed doors, loved to sing.

After her death Tuesday night, those who loved her said there's a big void in their lives.

Editor's note: This story has been updated with a new statement from the family on the relationship of the 18-year-old accused of making terroristic threats.