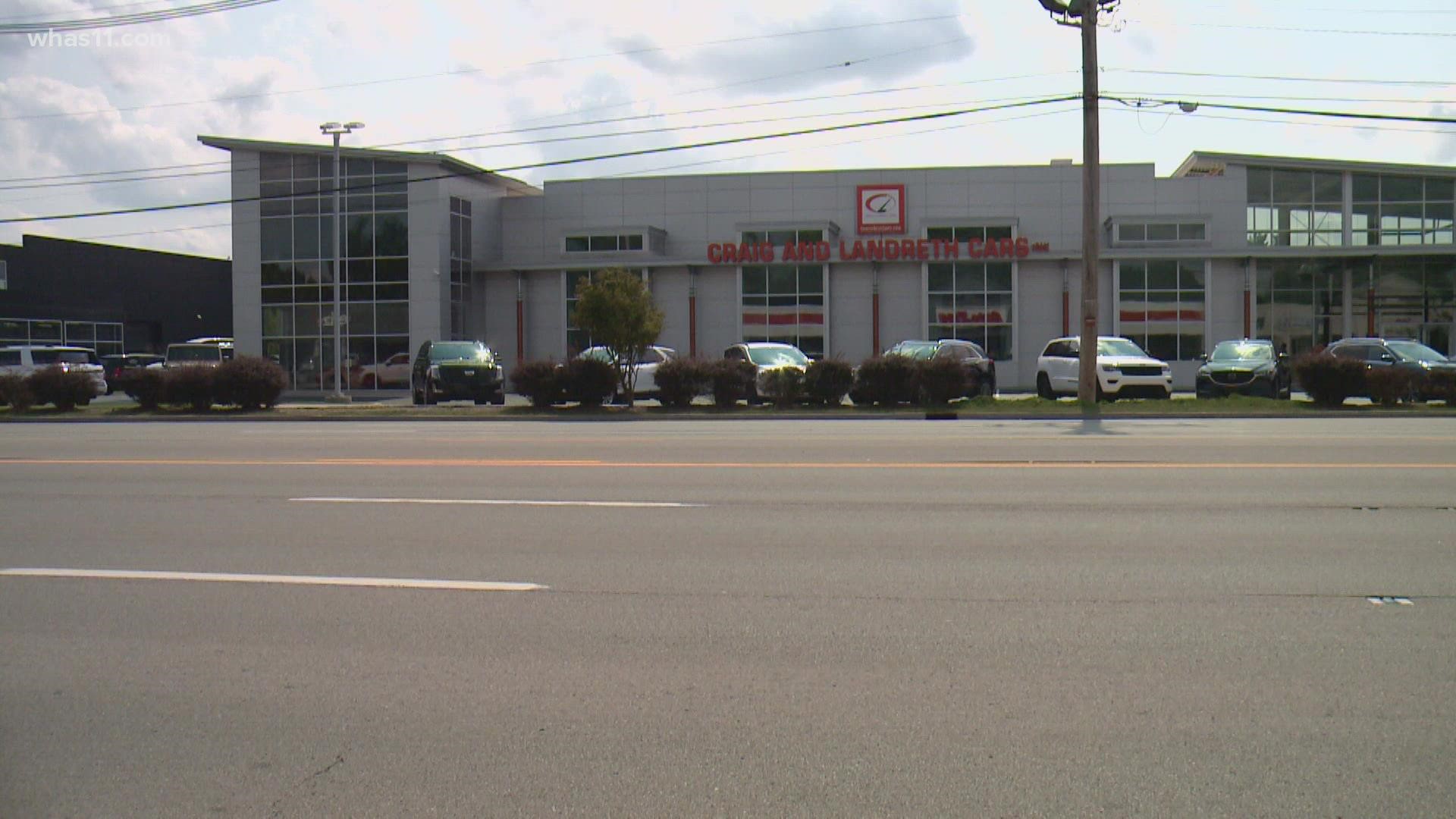 LOUISVILLE, Ky. — St. Matthews Police held a news conference Monday afternoon to announce a bust in an elaborate car theft ring based out of Atlanta.

"We're starting to see what we believe is a car theft ring that has been operating in other states," said Lisa Doyle, a St. Matthews Police Detective, speaking on behalf of the department.

When they arrived on Saturday, police were there waiting for them.

"One of our officers made contact with that person," said Det. Lisa Doyle.  "As he was talking to that person, he learned that person's child was in danger if they did not return with the vehicle they were sent there to purchase on Saturday."

"When the person showed up, St. Matthews was there and able to help us take over the situation," said Joey Craig, owner of Craig and Landreth.  "They did a great job."

KSP were able to recover two of the stolen vehicles and have three people in custody. They believe there are four other people who got away, and are asking anyone with information to reach out to them.