Police in Marietta fired at least one gunshot at the suspect when he allegedly pointed a bow and arrow at them. 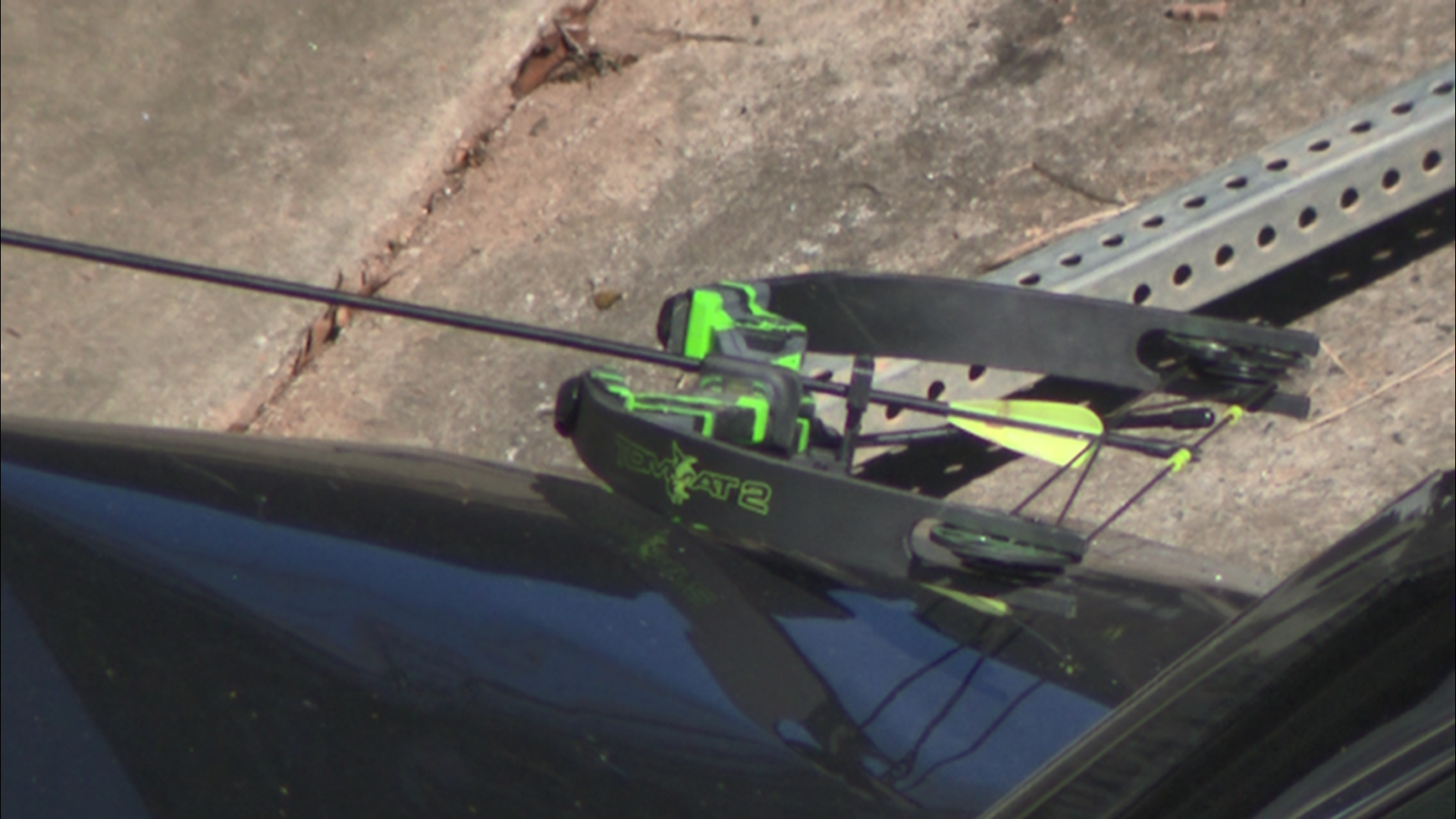 ATLANTA — Police say they shot and wounded a man suspected of using a bow and arrow to carjack a woman in Atlanta before crashing the stolen car and pointing the weapon at police.

The carjacking happened in the 1400 block of West Peachtree Street just before 7 a.m. The woman was driving a 2014 Toyota Camry.

Moments earlier, police learned a man matching the same description tried to carjack a security guard working at a nearby location. A third victim also claimed the man attempted to carjack them.

Meanwhile, about an hour later, a Cobb County Police officer responded to a crash involving the vehicle. The 29-year-old suspect allegedly pointed his bow and arrow at an officer, the Georgia Bureau of Investigation said.

Police said when the suspect pointed the weapon at them, officers with the Marietta Police Department gave multiple verbal commands to drop the weapon. An officer fired at least one gunshot at the suspect when he did not comply.

It happened near Powder Springs Street and South Marietta Parkway.

A spokesperson with the Marietta Police Department said the suspect was injured from the shot and was taken to the hospital alert, conscious, and breathing.

The GBI said they are conducting an independent investigation of the officer-involved shooting and a separate investigation regarding the aggravated assault incident.