Sheriff Terry Langley said one suspect is dead and another is in custody. 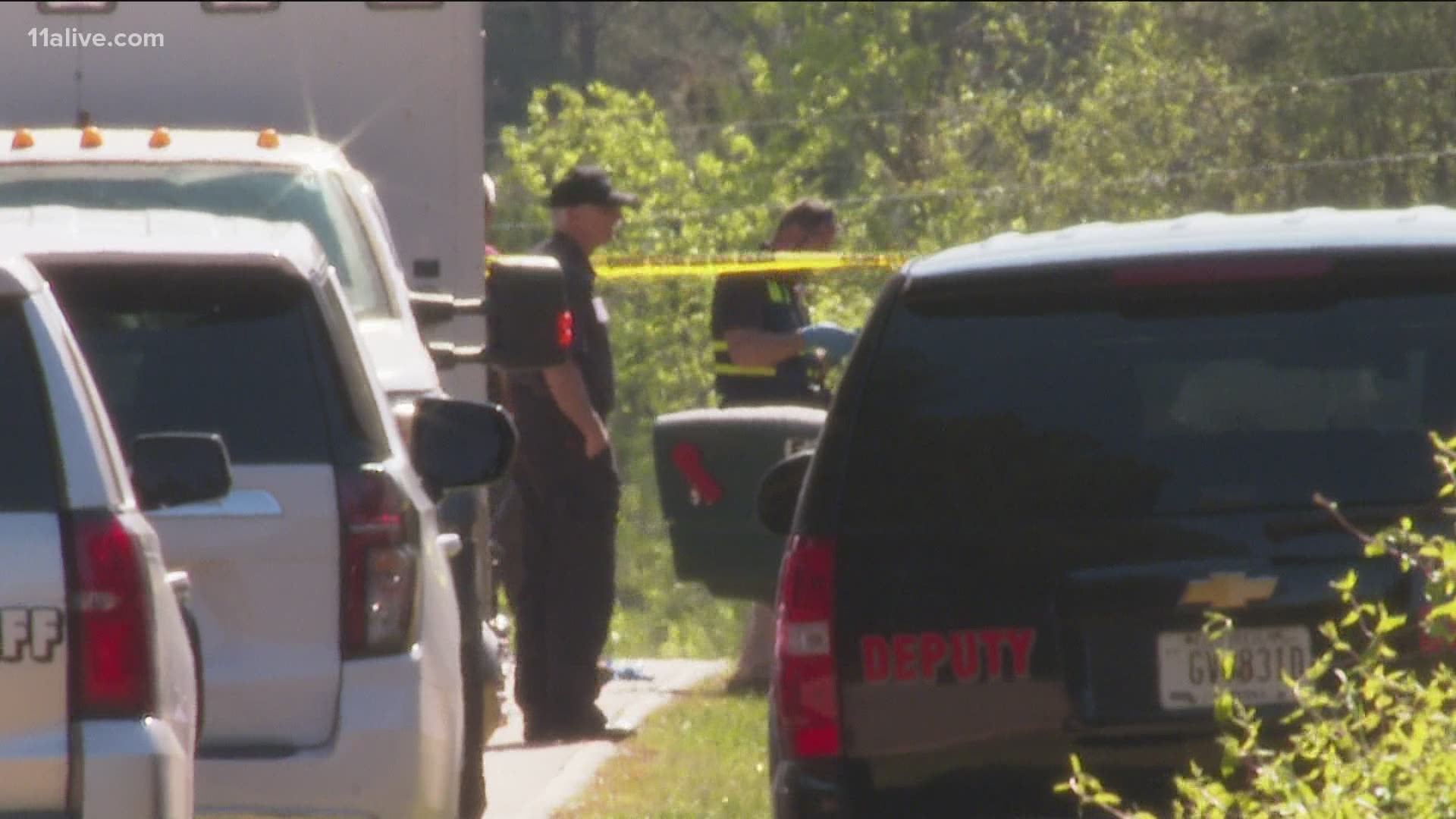 At around 3:30 a.m., the Georgia State Patrol (GSP) began the pursuit of a vehicle on I-20 in Bremen that eventually moved into Carroll County near Ithaca off Highway 61 and Flat Rock Road, the sheriff's office said.

GSP Cpt. Brandon Dawson said a trooper checking for speeders clocked a Nissan Sentra driving 111 mph. The vehicle initially stopped, however, when the trooper was approaching the car, the suspects allegedly drove off.

Dawson said the passenger used a rifle to shoot at the trooper's patrol car during the chase after initial PIT maneuver attempt. The shot disabled the vehicle and he lost contact with the suspect. The GSP notified local authorities where Carrollton Police officers were the next to pursue the suspects.

Carrollton Police Chief Joel Richards said the passenger fired rounds into his officer's vehicle, striking Sgt. Rob Holloway, who then hit a utility pole. The Sgt. was air-lifted to Atlanta where he underwent surgery. Holloway has been with the department since 2008.

The Georgia Bureau of Investigation (GBI) said the pursuit continued at a "high rate of speed" until the Nissan Sentra crashed near Ithica Elementary School in Villa Rica. Both men ran from the car, resulting in a search for them.

At around 5 a.m. and 5:30 a.m., the GBI said the suspects shot toward Villa Rica Officer Chase Gordy and was struck twice. He was taken to Grady Hospital.

Carroll County deputy Jay Repetto was also struck during the incident, Carroll County Sheriff Terry Langley said. He has since been released from the hospital.

One suspect was shot by officers and died on the scene, the GBI said, while the other man was taken into custody.

The GBI identified the man killed as Pier Alexander Shelton, 28, of Birmingham, Alabama.

Authorities provided an update just after 9 a.m. You can watch a replay of the press conference here:

"We want to send our prayers out to all the families involved. To those officers that were shot and for their speedy recovery and that the doctors would do what they need to do to make sure they get the attention they need," Langley said.

They said just after 8 a.m. that the scene was no longer "active" and there was no danger to the public.

At the request of the Georgia State Patrol + the Carrollton Police Department, our agents have responded to an OIS in Carroll County. We are working to gather details. pic.twitter.com/pajKi2iP7m

Highway 61 at Flat Rock Road just South of Interstate 20 had been shut down in Carroll County for nearly three hours due to police activity.