Three officers were shot during a chase last week through Carroll County. 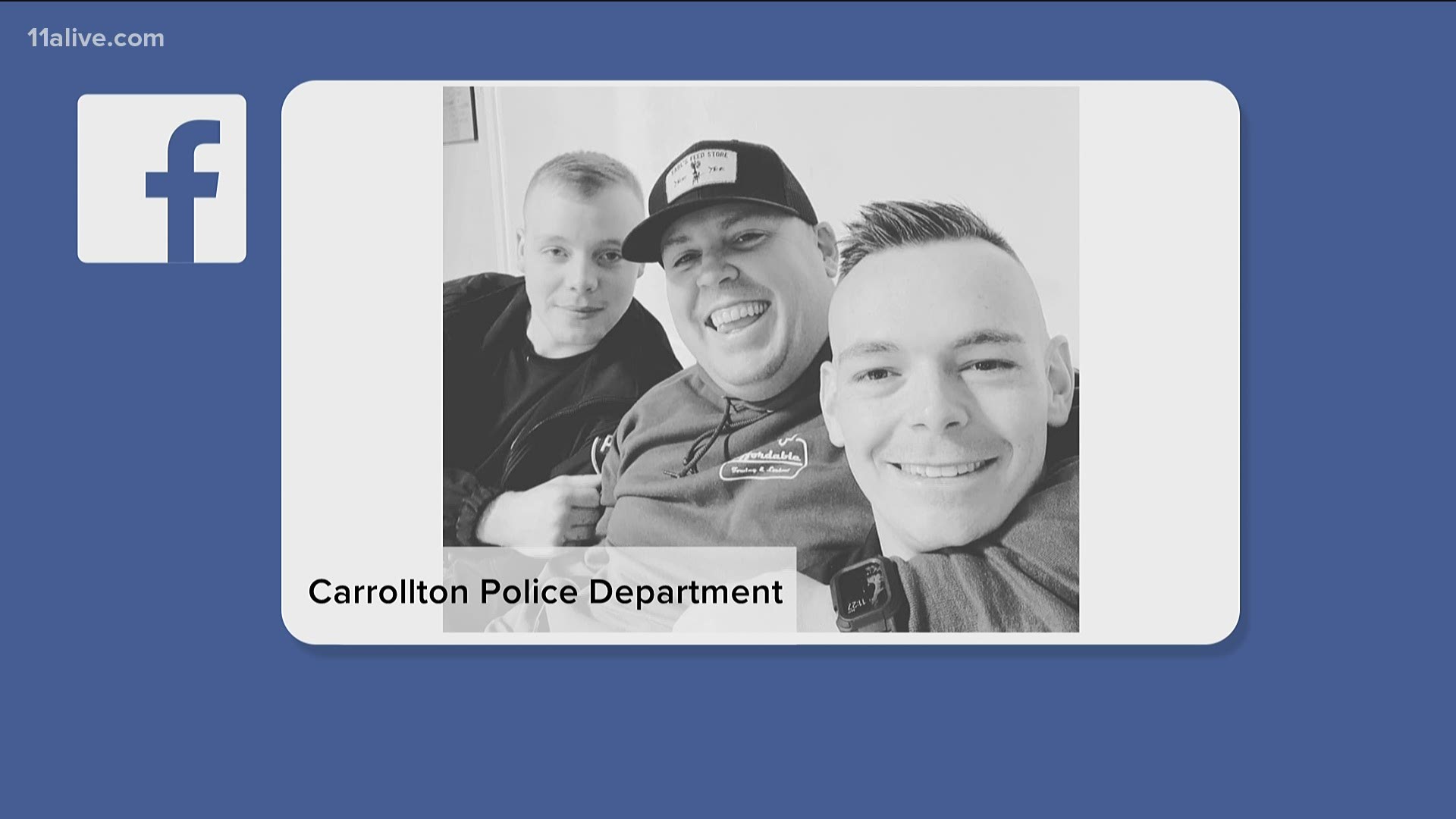 CARROLLTON, Ga. — The only law enforcement officer that remains in the hospital after being shot last week during a chase in Carroll County is making tremendous strides, according to a Sunday update on Facebook.

Carrollton Police Sgt. Rob Holloway is doing "amazingly well," according to an update on social media.

"Sgt. Holloway’s neurosurgeon came in, removed the last tube from his head, stitched him up, and said he was doing amazingly well," they wrote in the update. "She added that she is optimistic that he will be able to walk, talk, and move as he did before."

The department says they are praying these things "come to fruition."

They said he has a long road ahead of him, "but if anyone is up for the challenge, it's Rob."

Last Monday, a state trooper attempted a traffic stop when he spotted a car going 111 mph on Interstate 20. After the car was stopped, it sped off and a chase began with the trooper. After a PIT maneuver, the driver regained control of the car and the passenger leaned out of the window and began firing shots at the trooper using an AK47. His patrol car became disabled.

That's when Holloway made contact with the vehicle and continued the chase. The passenger fired rounds into the vehicle, striking Holloway in the head. His police vehicle then crashed into a utility pole. He was airlifted to Grady Hospital where he remains in the ICU.

Villa Rica was the next jurisdiction involved. When the suspects crashed, they ran before opening fire at Gordy. Authorities said Gordy returned fire, but was struck twice by gunfire.

"The family and this department continue to thank you all for the prayers and well wishes. God is good," they wrote.