The couple's three children needed medical treatment after being removed from their Hall County home. 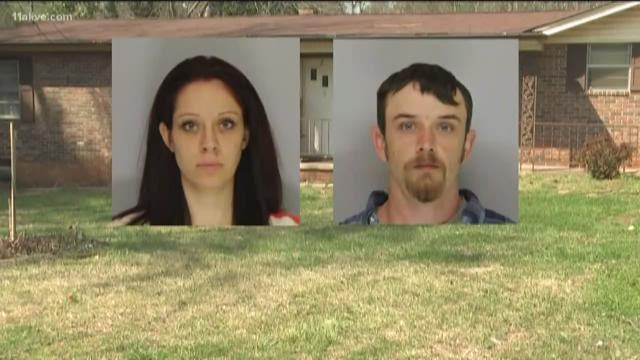 GAINESVILLE, Ga - The Hall County parents of three children are out on bond after being arrested this week on child cruelty charges.

Hall County deputies arrested Jessica Dean London and David Ricky London on March 7, 2018, following an investigation after a referral from Department of Family and Children Services.

"The Investigation revealed the children were deprived of necessary food and sustenance to the extent that their health was jeopardized, resulting in medical treatment," the sheriff's department said. "Additionally, the residence had a severe lice infestation, no heat or air conditioning and the children were not in school."

All three children were removed from their parents' custody. Both were charged with one count of cruelty to children in the first degree and two counts of second-degree cruelty to children, in a case that investigators believe may date back to last August.

Neighbors insist they had no idea. “I seen ‘em outside playing, and stuff,” one neighbor told 11Alive’s Jon Shirek. “They were good people.”

“Yeah, I’d be concerned, if I knew about it, but I didn’t,” another neighbor, Lynn Griffin, said.

The couple made their first court appearance on Thursday and were released on $11,600 bond, with the condition that both must be supervised when in contact with their children.