Father gets life without parole plus 10 years. Mother gets 15-year sentence for second degree murder conviction. 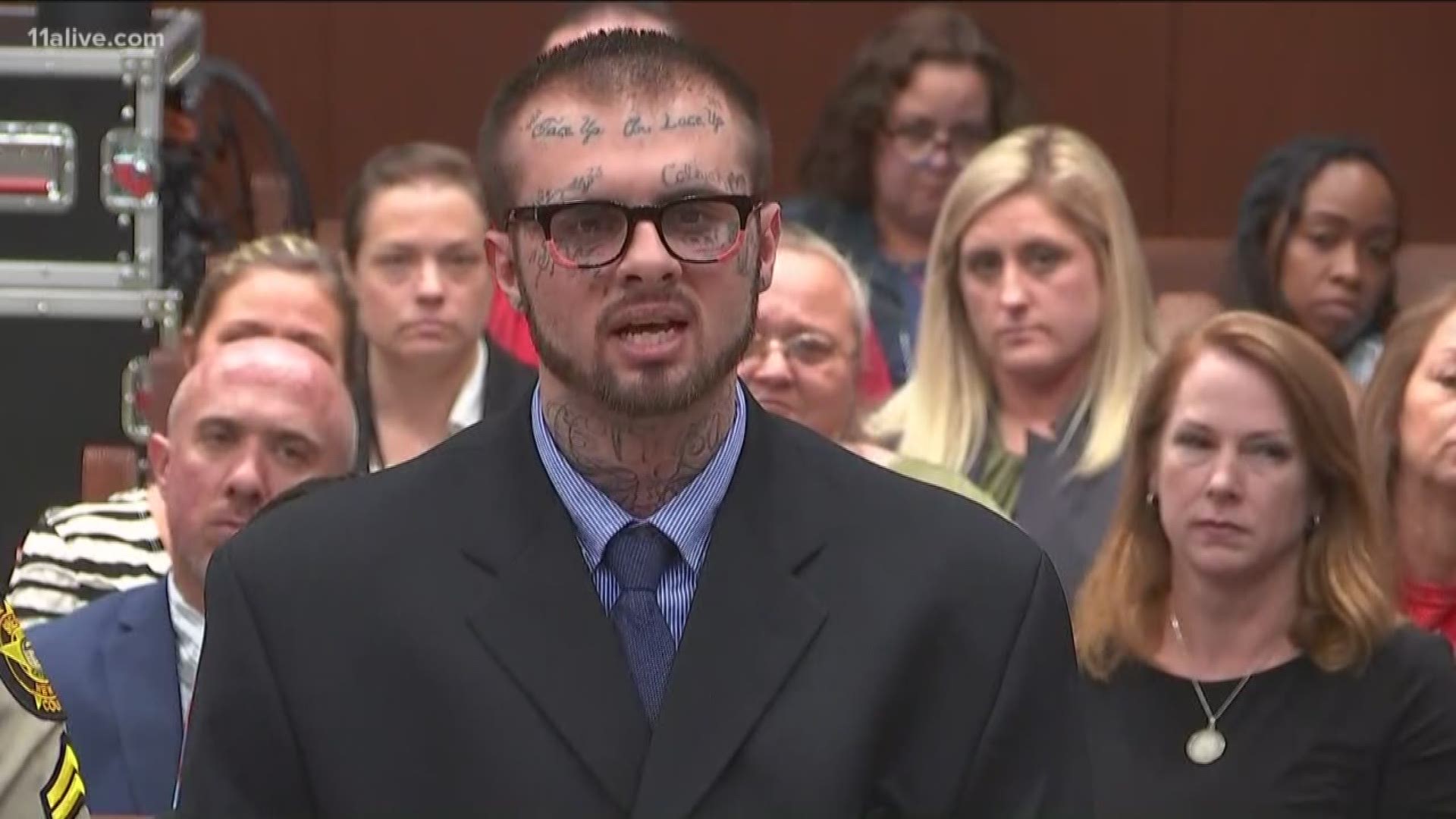 COVINGTON, Ga. — (ed. note: This trial occurred in May 2019. You can review clips from inside court and hours of testimony at 11Alive's YouTube page.)

A jury on Tuesday convicted both Christopher McNabb and Cortney Bell of the murder of their 2-week-old daughter Caliyah in 2017.

The two had been on trial for the past week in Newton County. A jury deliberated for only about an hour after closing arguments.

Judge John Ott sentenced McNabb to life without parole plus 10 years. Bell was sentenced to 15 years in prison - a 30-year sentence with the latter 15 to be served on probation. Additional 10-year and 5-year sentences can be served concurrently, Ott ordered.

"I would never do this. I'm innocent," McNabb declared after being sentenced. "I just don’t understand how you find somebody guilty of doing something to a 15-day-old baby, because there was no evidence whatsoever that proved anything about me putting my hands on my kids. I've never done that. I never would."

Ott asked McNabb, if he thought he was innocent, how he would sentence the real murderer of his child. McNabb said with the maximum penalty.

Judge Ott gave him that sentence.

Bell acknowledged her meth use was a "sickness."

"But I tried to be a good mama. I love my babies," she said.

"You chose methamphetamine and McNabb over a baby," Ott countered.

Earlier, prosecutors argued in closing statements McNabb was a negligent father and violent partner with a short fuse and a penchant for lying who snapped at his crying infant, killed her and frantically tried to hide his crime.

Caliyah, she said, "was carried out of that hospital by two people, unfortunately Cortney Bell and Chris McNabb, and her fate was all but sealed."

Zon had often argued throughout the six-day proceedings that McNabb, an admitted meth user who frequently hit Bell, could be the only person responsible for Caliyah’s death. The mother was charged with murder in the second degree – effectively enabling McNabb’s murder of their child.

“Her life was valuable,” Zon said in closing statements. “That child cried and didn’t do anything but need love and need support. And her daddy killed her because of that.”

In a roughly two-hour closing statement, Zon examined McNabb’s shifting account of what happened on Oct. 7, 2017, when Caliyah went missing, a timeline that left little room for anyone else to commit the crime that morning and what she called his lies to police about crucial details.

“If the defendant is a liar, why should you believe him at all?” Zon asked the jury. “If he’s lying, that’s a big problem, because an innocent man who just lost his child - who just woke up to find his baby missing - would never lie to the police.”

Zon carefully laid out some of McNabb’s discrepancies.

One involved how he told detectives about brown shoes in the woods that “he wanted investigators to think … would belong to the killer” even though he had put them there after a fight weeks before, disposing of evidence in case police came to his home to ask about the altercation.

“What does that tell you about the way Christopher McNabb thinks?” Zon asked.

She said he told police that the person involved in that fight, Matthew Lester, had broken into his home, though it was not apparent that ever happened. And he omitted telling investigators about Facebook messages he sent to a woman, Courtney Morris, the morning his daughter went missing.

He and Bell maintained they fell asleep around 5 a.m. that morning, woke up at 9:30 to a text from McNabb’s father, with Caliyah and their 2-year-old daughter Clarissa still safe and sound, and by about 10:30 woke again to the toddler yelling, “Sissy gone! Sissy gone!”

Facebook records showed, though, that McNabb changed a profile picture just before 6 a.m., and sent messages to Morris at 9:42.

“He already had a ridiculously small timeframe when somebody could have broke into his trailer and kidnapped and killed his child,” Zon said. “And he just shortened it.”

Zon also argued for the strength of the evidence in the case, after defense attorneys had assailed it as weak and circumstantial.

Much of it was circumstantial, she acknowledged, but she also noted that circumstantial and direct evidence carry equal weight under the law.

“The defense is characterizing this case as a weak case because there’s no evidence,” she said. “Well the baby is found in Chris' bag with his clothes. That’s evidence. That’s very strong, very powerful evidence.”

“What’s the evidence in this case? You gotta be able to see the forest from the trees,” Zon added. “Look at all the evidence, you see a forest instead of individual trees - all of the evidence is right in front of you. Him jumping out of the car, his bag – it’s your bag, it’s your clothes in the bag and your hiding spot, the woods.”

Caliyah was found in a gym bag that belonged to McNabb, wrapped in a blanket and clothes of his, not far from the parents’ trailer. He had also told police in one interview how the woods were “the first place I go on foot if I felt like I was in trouble or something.”

“We cry out for justice for Caliyah and we cry out for a verdict of guilty on each count of both of their indictments,” Zon concluded.