McNabb and the child's mother, Cortney Bell, are on trial for the murder of 2-week-old Caliyah in 2017. 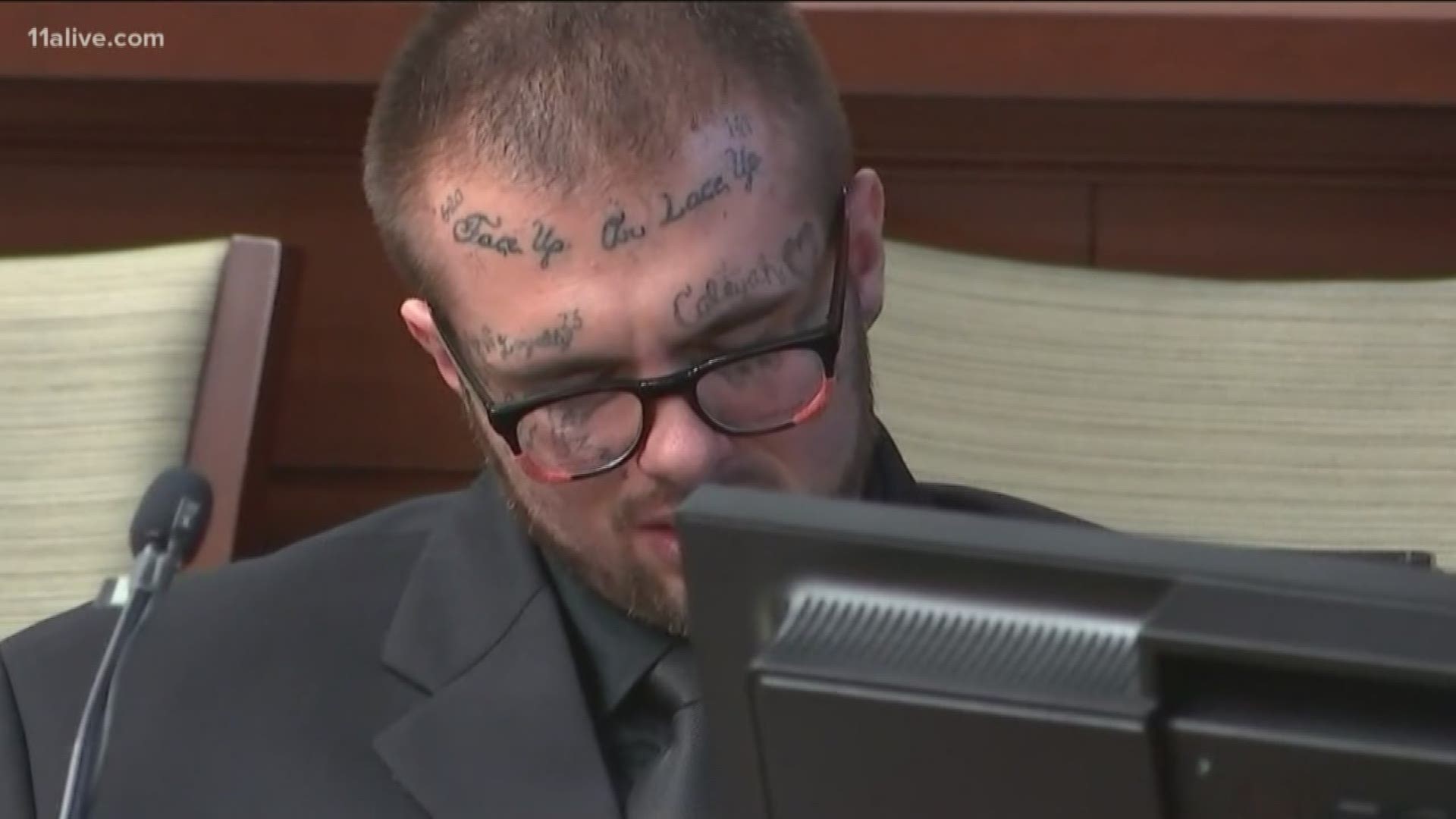 COVINGTON, Ga. — In an interview with police roughly two months after his daughter was found dead, Chris McNabb told police he’d heard of someone who might have killed her, and that she was murdered because someone had put a hit on him.

The investigator did not appear to put much stock in the theory.

In a long, sometimes rambling interview with investigator Jeff Alexander of the Newton County Sheriff’s Office in Dec. 2017, McNabb said he’d heard that his 15-day old child was killed by a man he knew.

McNabb and Bell are on trial for the murder of 2-week-old Caliyah.

Jurors viewed the police interview Friday afternoon in court, after watching an interview with McNabb the day the infant was found dead near the Covington home he shared with Bell in Oct. 2017.

Little Caliyah had gone missing the morning before.

In the interview, McNabb offered the theory that another man might have killed the baby -- something he heard from Bell, who apparently heard the story from another unidentified woman.

“The girl said that (he) killed your baby,” McNabb said. “The dude was with us almost every day.”

Watch live as Day 4 of the trial continues:

He said the man was with them when they brought Caliyah back from the hospital -- something alluded to earlier in the trial.

He said Bell was told by the woman that, “somebody important put a hit out on me.” He couldn’t explain why someone would do such a thing.

Alexander was frank with McNabb, telling him the evidence was “continually pointing towards you.”

“Like I said at the beginning, I’m gonna be honest with you ... I am pretty sure I’ve got the right person in jail,” he said.

McNabb said that he did know “deep down inside” his daughter’s death was at least due in part to the couple's meth use swirling around their home.

In the hours-long interview, McNabb seemed to grasp at a number of different possibilities that might exonerate him.

At one point he asked why police dogs hadn’t found Caliyah’s body the day she went missing, and suggested someone brought it near his home after the first day’s search was over.

The infant’s body was found the next day.

“Seems like somebody took her back there after the search was over … that right there shows reasonable doubt, because I got witnesses saying I was with them all that night.”

In another moment, he pleads with Alexander to speak to people he said Bell heard rumors from.

He then clarifies that he doesn’t think Bell could have done it.

Throughout the police interview, he seemed to understand the position he was in.

"Yeah it's a very strong reason to believe that I did it, but it don't automatically mean that I'm the one that done it," he said.

Even while explaining why he went into the woods to search for his daughter the day she went missing, he acknowledged it could have appeared suspicious.

“I was just looking. Naturally when I left the that trailer, I was looking for anything, I was looking for her,” he said. “I just know that the first thing that always pops in my mind when I – say I felt like my probation (officer) was gonna show up or something, I always go to the woods … that was the first place I’d go on foot if I felt like I was in trouble or something.”

“I know that sounds bad, because you know that’s where she was found at,” he added.

But he repeatedly -- and tearfully -- maintained his innocence.

“And the way it’s looking I’m not gonna get that chance, and what you’re saying is all the evidence is pointing toward me. How can I fight it?”

He insisted there couldn't have been a reason for him to kill a child he dearly loved.

"I don't wanna be found guilty of something I didn't do, especially when it comes to killing my child. And I loved that baby," he said. "What you got to think about in your mind is what motive? Where is the motive of me killing my child? What motive did i have?"

"There's no motive there."

'She was my baby': Father spoke in past tense of missing 2-week-old before she was found dead