The sheriff's office has also yet to release details concerning the deputy it fired after a viral video of a man being punched while penned to the ground. 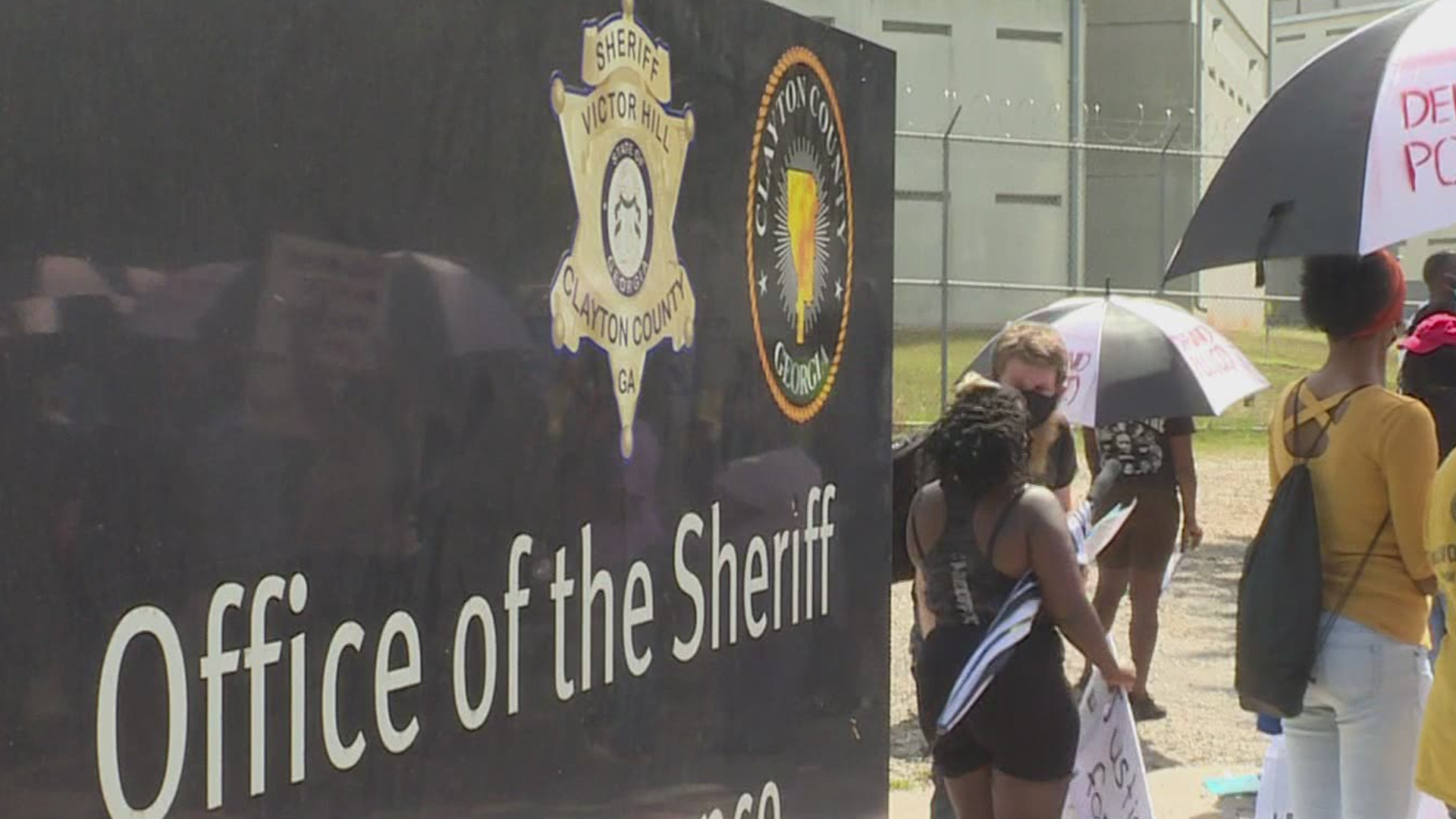 CLAYTON COUNTY, Ga. — A Clayton County sheriff's deputy is out of a job following a violent arrest was caught on camera.

The deputy was seen on video repeatedly punching Roderick Walker as officers pinned him against the pavement.  Yet, even with the termination of a deputy, Walker is still behind bars. Family and attorneys are now fighting for his release.

People at a rally on Sunday pushed back and criticized Sheriff Victor Hill. They said the magistrate court denied bond for Walker because he has a felony probation warrant out of Fulton County and a failure to appear warrant in Hapeville.

But Walker's attorney, Shean Williams, said that his client's rights were violated.

"I think it's disgraceful. It's an attempt to deflect," Williams said. "The bottom line: it had nothing to do with why he's in jail. He's in jail because your officer illegally violated his constitutional rights and arrested him for no reason when you said your original intent was for a traffic violation - which my client wasn't driving."

The video that sparked the backlash shows Walker being pinned down and an officer punching him.

Williams said he was riding in a car deputies pulled over for a broken taillight on Friday.

Deputies asked Walker for his identification. Walker then allegedly questioned the request since he wasn't driving. That's when, Williams said, the confrontation began.

Williams said firing one deputy isn't enough and that every deputy seen in the video should be fired and charged criminally.

He also wants the case against Walker to be dismissed. The Clayton County Sheriff's Office did not identify the fired deputy and the sheriff's office hasn't responded to requests for this information.