Third suspect arrested in robbery set up through dating app

Police said they don't know of additional suspects at this time but suggested that the investigation is still ongoing. 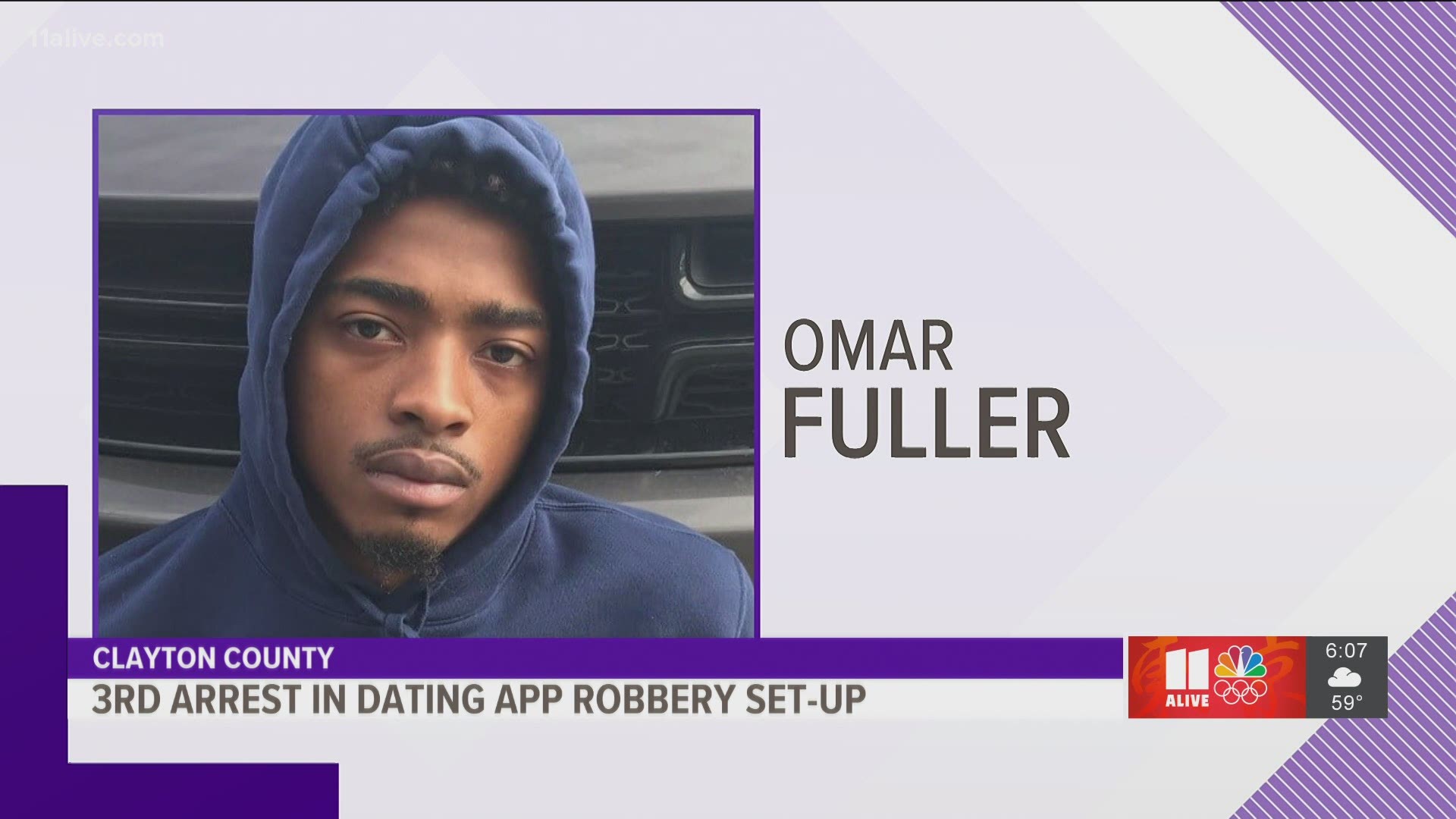 CLAYTON COUNTY, Ga. — A third person has been arrested in connection with a violent armed robbery set up using a dating app in Clayton County earlier in the month.

Clayton County Police said that, through a multi-jurisdiction effort, they executed an arrest warrant for Omar Javon Fuller on Friday charging him with armed robbery following an in-depth investigation.

Fuller was found in College Park with what police described as a large quantity of marijuana and prescription pills as well as several firearms. Police said the items were in plain view during the execution of the warrant.

The arrest falls weeks after Tajia Bridges and Jyqwavous Whitaker were arrested in connection with the same incident in which police believe the former set up a meeting with the victim through a dating app and came to his home on Hartford Drive.

Police said that while at the victim's home, Bridges allegedly saw a large amount of cash and contacted the other suspects to rob him.

Police said that, as she left, men arrived and attempted the robbery which led to an apparent shooting. Whitaker was injured in the process as was the victim, who police said was hospitalized as a result.