The GBI identified the deceased as 39-year-old Robert Parks of Smyrna. 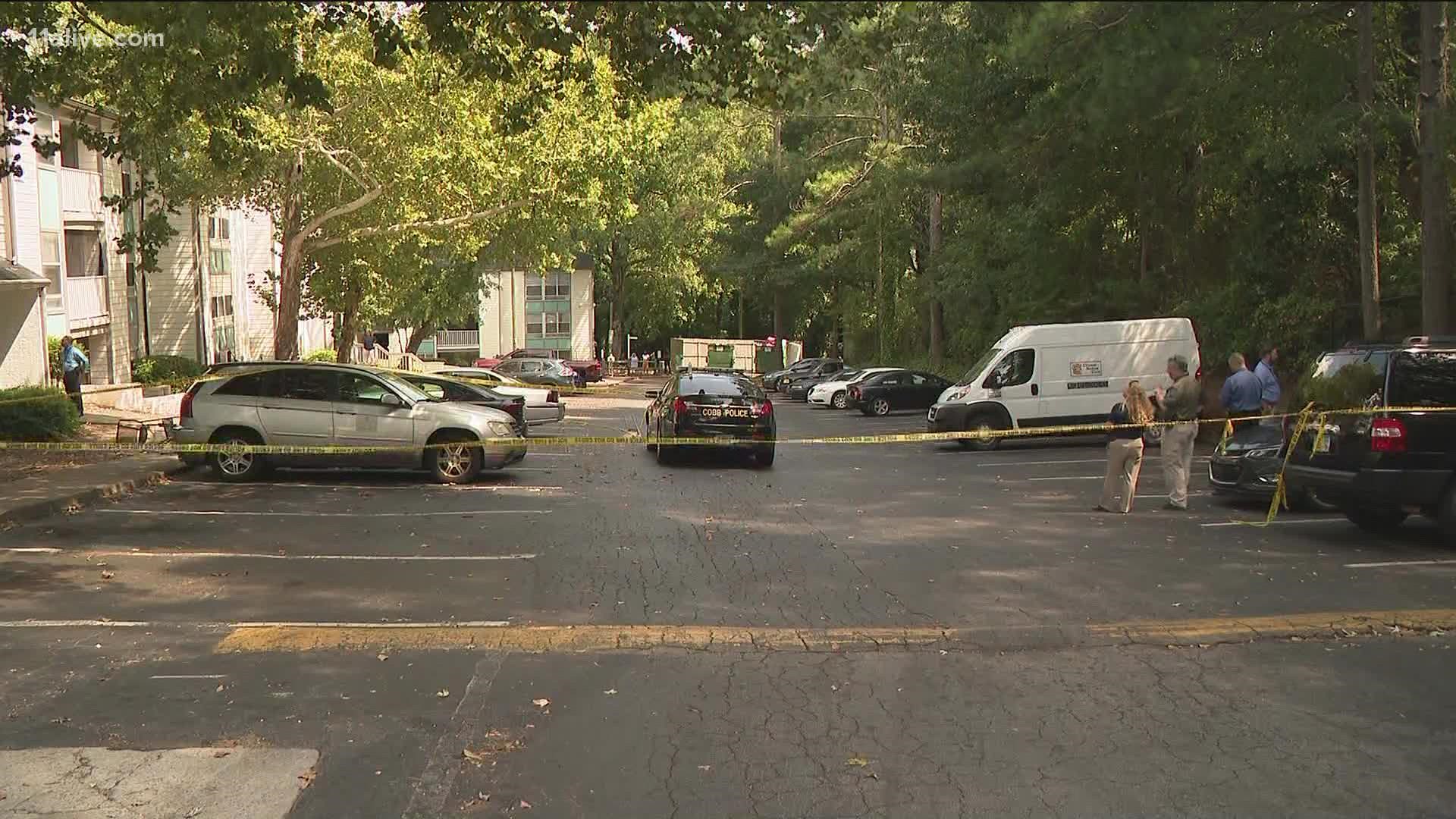 SMYRNA, Ga. — Cobb County Police said a suspect is dead, and a hostage has been rescued from an apartment complex on Old Concord Road Monday afternoon.

According to a recent tweet from the department, an officer did fire shots; however, the full context surrounding the officer's involvement is unknown to the public at this time.

Authorities said the hostage was tied by the wrists and was taken to Kennestone hospital with several unknown injuries.

Cobb County Police responded to the Concord Crossing Apartments in the City of Smyrna around 12 p.m. after receiving a "shots fired" call and an "armed hostage" call Monday morning.

When officers arrived at the apartment complex, the suspect was throwing things off of the balcony.

"When the suspect saw our officers, he retreated. He grabbed the victim and retreated back into the apartment," Cobb County Police Public Information Officer Wayne Delk said.

"At some point, while trying to rescue the hostage, one of our SWAT team members shot and killed the suspect. He did not survive," Delk said.

The GBI identified the man Tuesday morning as 39-year-old Robert Parks of Smyrna.

Cobb Police confirmed the suspect was armed with a handgun and a knife at the time he was shot.

The department had released a message on Twitter saying, “We are currently working a hostage situation at Concord Crossing Apartments…shots have been fired.”

The Georgia Bureau of Investigation is also investigating and will provide an update shortly.

Come back to this story for updates as they’re available. The department said they are also updating their Twitter account as new information is available.

*This is now an officer involved shooting. Hostage has been rescued*