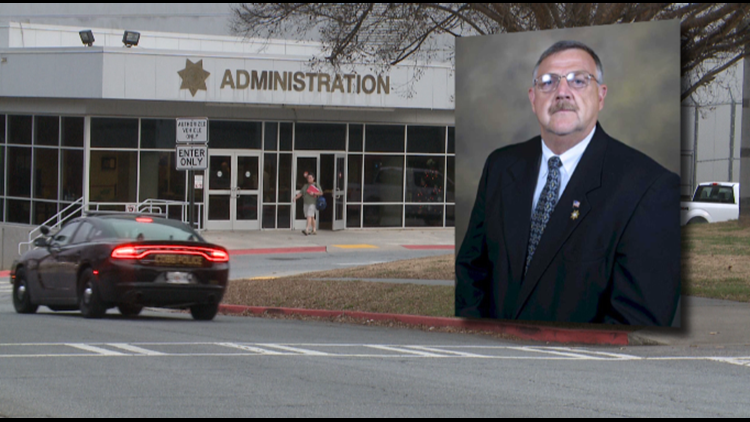 First, registrants are allegedly being required to have personal contact four to 10 times a year at a deputies’ discretion – a requirement NARSOL claims isn’t detailed in state law.

“You do not have any authority to arrest a person who chooses not to call,” the letter states. “Registrants are not required to call the sheriff’s office simply because a deputy would like to have them do so.”

Third, deputies are described in the letter as knocking on doors and demanding to speak with registrants “outside of reasonable hours” and beyond what state law details.

Fourth, sex offender list registrants are also claiming when renewing or updating their information, the sheriff’s office is requiring them to write down their work hours - a requirement not listed in state law.

In the letter, Jones writes that NARSOL recognizes the sheriff’s duty to enforce sex offender registration laws, but adds, “those statutory requirements have no provision for a sheriff to impose his/her own additional obligations rather than enforcing only the legal obligations required of a sex offender.”

Jones said that her organization is asking the sheriff’s office to respond to the claims in the letter within 30 days to “avoid costly litigation.”

A similar letter sent in 2019 to the Butts County Sheriff’s Office contesting signs being posted in the yards of sex offenders on Halloween did lead to a lawsuit being filed.

But one legal expert 11Alive spoke to said the actions of sheriff's deputies may be perfectly legal.

According to criminal defense attorney Chelsea Thomas, who is familiar with Georgia’s requirements for registered sex offenders, if a sex offender is currently under a probation order, they may have specific requirements they must follow that go beyond the requirements for a registered offender who has completed their sentence. That could include having to check-in more regularly with local law enforcement and having to give additional information about their employment.

11Alive has reached out to the Cobb County Sheriff’s Office to discuss the claims made in the letter from NARSOL.

"After an internal review of our policies and procedures and also a discussion with the Georgia Sheriff's Association, we believe the accusations contained in the cease and desist request to be without merit," the sheriff's office said in a statement. "It is the mandated duty and responsibility of all sheriffs to keep the public informed of sex offenders in their jurisdictions.

"In an abundance of caution we will request a legal opinion from county attorneys to insure that we are applying the laws correctly but also protecting and informing the law abiding citizens of Cobb County."

Editor's note: This story has been updated to include a statement from the Cobb County Sheriff's Office.