The scene is near Suffex Green Lane and Paces Walk. 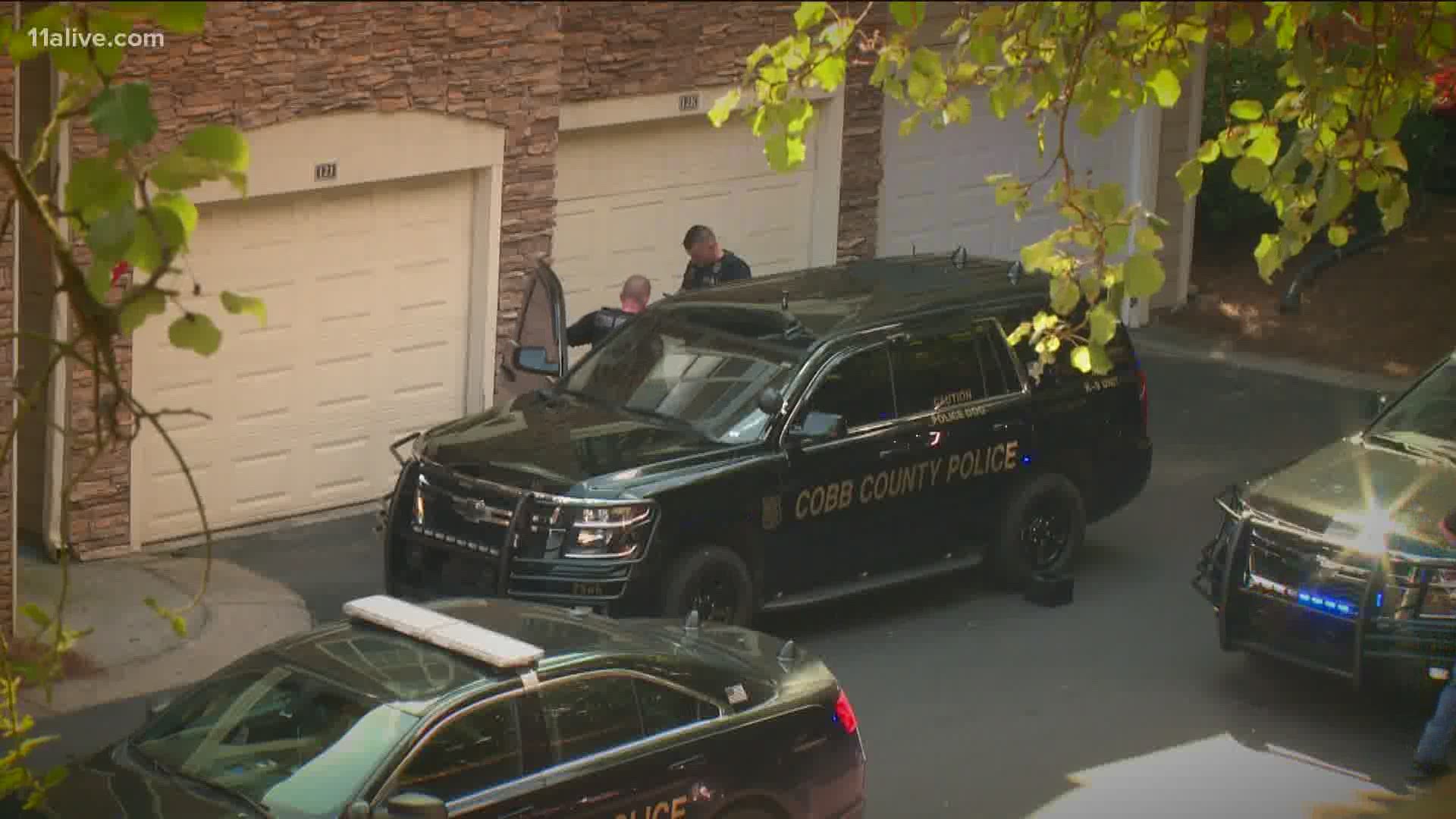 COBB COUNTY, Ga. — Cobb County Police are searching for the people responsible for a shooting that happened Thursday afternoon, leaving multiple people hurt - including one of the suspects.

Police told 11Alive they were called to the area of Suffex Green Lane and Paces Walk to respond to the scene. They said at least two people were hurt - one shot to the lower torso and the other shot to the shoulder and neck area. Police later identified one of those shot as a suspect.

Police responded to the scene, which they believe was a possible armed robbery. At this time, they believe there may have been three suspects and that they were involved.

As the search for the additional suspects continues, police said they do not believe that there is an imminent threat to the public.

11Alive is working to gather more information and will provide updates as soon as more details become available.