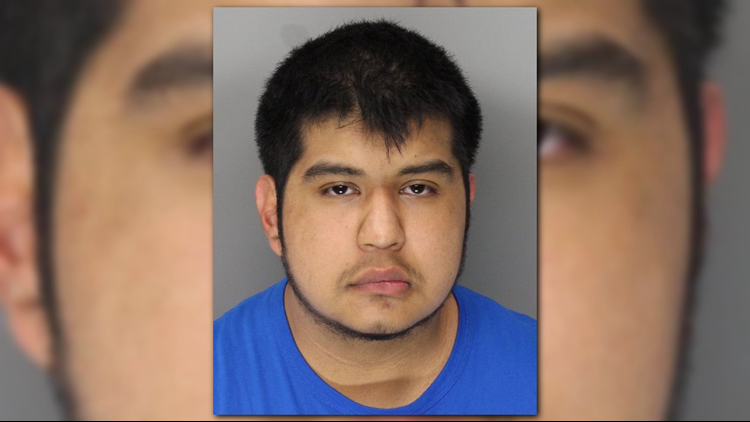 North Cobb High School student Brian Rafael Salinas is accused of dragging a girl into a boy's bathroom at the school and exposing himself. Prosecutors plan to charge him as an adult.Credit: Cobb County Sheriff's Office

KENNESAW, Ga. – A student at North Cobb High School is accused of dragging a girl into a boy’s bathroom and exposing himself.

Brian Rafael Salinas is being charged as an adult for simple battery harm and public indecency, according got the Magistrate Court of Cobb County.

According to police, Salinas grabbed the girl by the arm and dragged her into a boy’s bathroom at North Cobb High School during school hours on Sept. 11 at about 2 p.m., according to the warrant. While he was pulling her into the bathroom, her hand touched Salinas’ penis, which was out of his pants. Salinas also exposed and fondled himself in the school hallway.

“The student has been charged as an adult and is now a criminal matter,” a North Cobb High School district spokesperson said. “Further questions should be directed toward Cobb County Police.