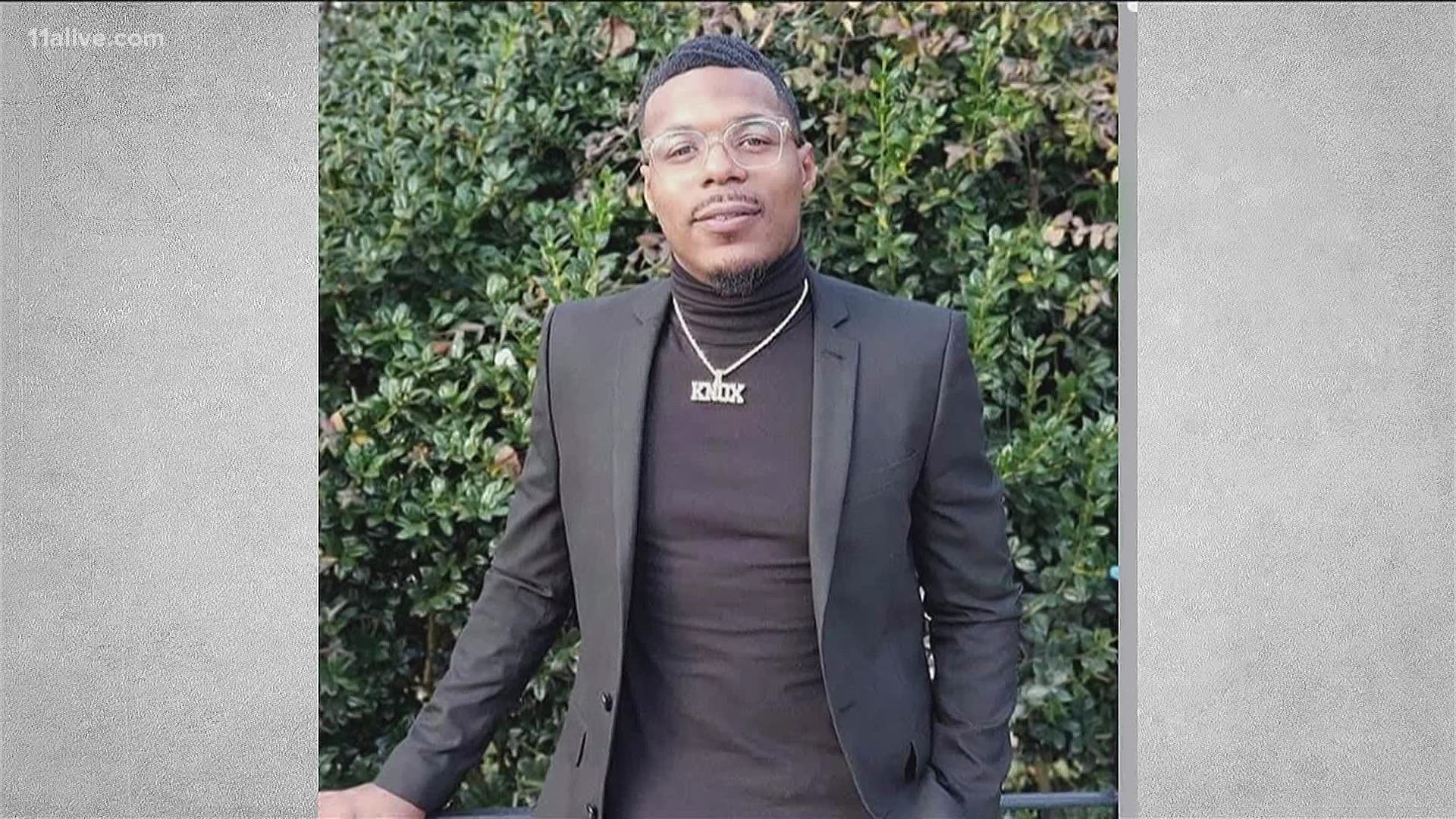 COBB COUNTY, Ga. — A community is reeling in grief after a young teacher was killed.

Cobb County Police say Ricardo Knox, 28, was shot to death outside his apartment at Westhaven at Vinings Apartments Monday night, possibly by a carjacker.

Knox's family and friends said his mission in life was to inspire young, at-risk youth to accomplish their dreams. He taught math to 4th graders at Slater Elementary School on Pryor Road. in Atlanta, which is a part of Purpose Built Schools Atlanta.

His sister, Diamond Knox, said he always wanted to dedicate his life to teaching and inspiring children who are facing what he faced. They grew up poor in Southwest Atlanta, she said. They both graduated from Benjamin E. Mays High School a year apart, both went to college, both earned their Bachelor's and Master's degrees, both became teachers, and they were working together on earning their doctorates.

She said she loved calling her brother "Mr. Knox."

“There’s no one that did the things that he did, set the expectations that he did, influenced the community like he did, in the small amount of time that he did, at such a young age, that he impacted so many people," she said.

“He came here and did what he was set out to do. He left that legacy. He built the bridges for so many scholars to succeed," she added.

“I often called him Fort Knox. Because he ran everything like a tight ship, I told him he was like an army base. He kept everything on point, intact," she said. "The kids knew that he loved them," and, she said, he praised them whenever they showed measurable improvement, even if they fell short of various goals, as long as they were trying, and doing their best to improve.

Fellow teachers, administrators and parents said his students blossomed under his leadership. Knox, himself, said in a YouTube video that he posted last year that he believed in focusing on students’ strengths, not on their deficits.

"There will never be another Ricardo Knox," Diamond Knox said.

"They love you... everyone does," his text to her reads. "Who doesn't like Diamonds? You’re awesome sauce. Continue to show the world what real Black women magic is. Always thank the Lord and remain humble.”

11Alive is working to find out more information from Cobb County Police about the carjacking. Due to COVID precautions there will be a small, private funeral on Tuesday in Atlanta. The family hopes to have a memorial service for him in the next few months; his sister has set up an on-line fundraiser "to continue the legacy of Ricardo D. Knox, Jr."