Body found along Pennsylvania road in 1987 ID'd as Georgia woman

Even with her name now known, police are still trying to find who dumped her body along a road over 30 years ago. 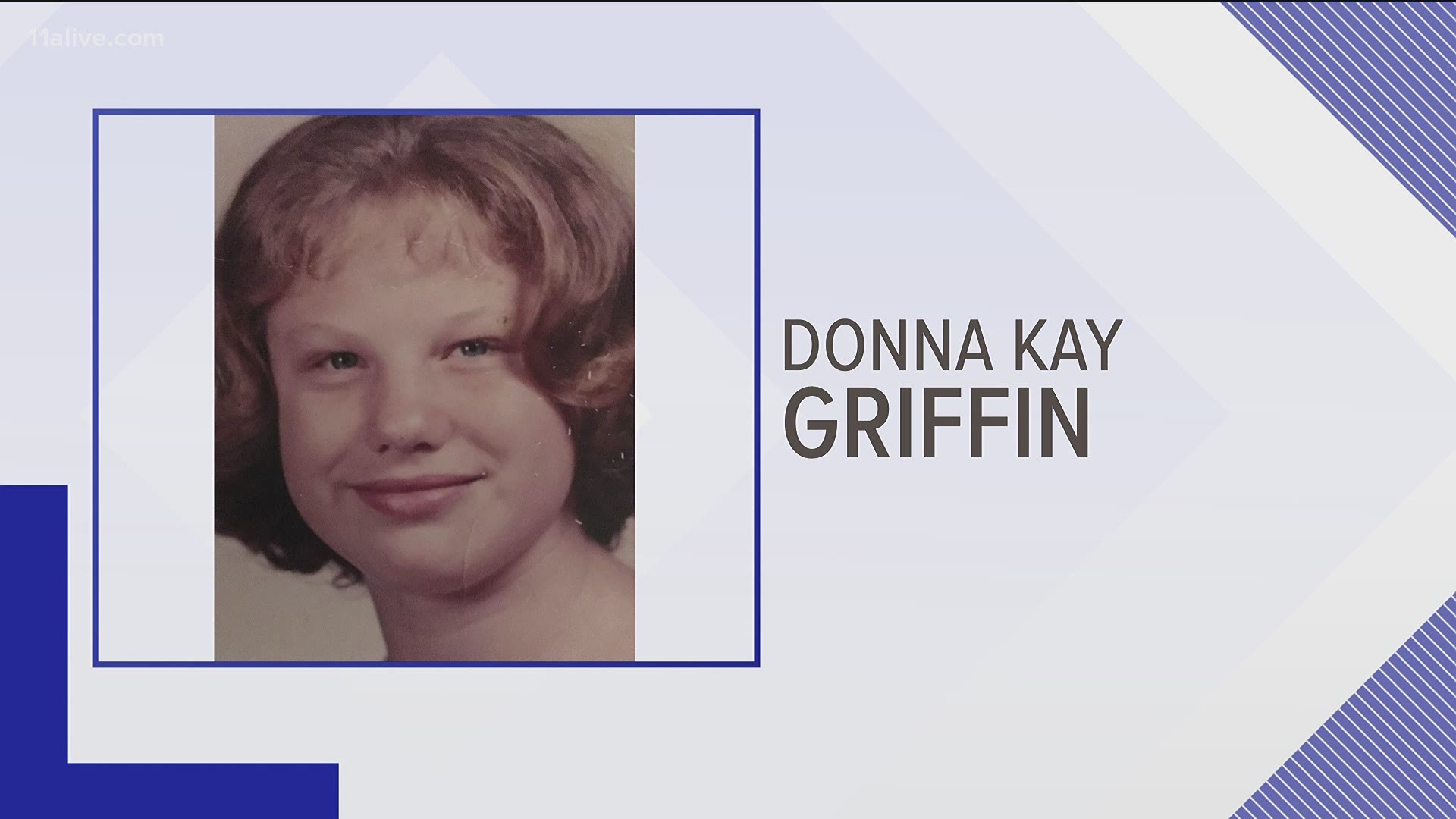 DALTON, Ga. — The task of reuniting a deceased woman in Pennsylvania with the name she had in life has come to a close after more than 30 years. And we now know she was from Georgia.

Pennsylvania State Police announced on Friday that through a joint investigation with the Northampton County coroner and district attorney's office they finally had identified a woman found along State Route 33 in 1987.

The news comes following DNA analysis of the victim's remains by Bode Technology in Virginia, state police said. The information they gained help provide new leads in this longtime cold case, and ultimately helped the FBI find her next of kin as well.

State police said the body was identified as Donna Kay Griffin who was 37 years old at the time of her death. Authorities later found that Griffin was a native of the Dalton, Georgia area and reportedly relocated to Philadelphia in the 1970s. Investigators said Griffin also used the last names Shelby and Linton. She hadn't been previously reported missing to any law enforcement agencies.

With one important question answered, another still remains. Investigators continue to seek leads in how Griffin died and who was responsible for deposing of her body in Bushkill Township those many years ago.

Anyone with information about Griffin or the incidents that led to her death are asked to call the Pennsylvania State Police, Troop M Criminal Assessment Unit at 610-861-2026. The incident is being investigated under report number M06-0314230.