JACKSON COUNTY, Ga. — Jackson County, Georgia is nestled between Atlanta and Lake Hartwell, a stone’s throw from Athens and the University of Georgia. Filled with North Georgia’s trademark rolling hills and the meandering Upper Oconee River, it’s an ideal place for families and farmers.

Driving through the small country towns that make up the county, it’s hard to imagine anything other than the bucolic setting. But underneath that, is a dangerous underbelly of crime. One filled with drugs, gangs, and murder. That’s the world 25-year-old Josh Adams fell victim to six years ago. He hasn’t been seen since.

“He was like one of those people who was good at anything he does,” remembers Josh’s sister, Shannon Adams. “He was athletic. Could play any sport. Do anything. And it just was natural to him.”

Listen to the podcast:

“We grew up, all our family on the same property, and he’d go fishing with my cousins because we grew up on a lot of land,” said Shannon.

Family was always at the center of Josh’s universe but one person took over his heart: his niece, Ava.

“He had Ava’s name tattooed on his foot,” said Shannon.

Josh stepped into a bigger role when his sister Shannon became a single mom.

“He would go and help me with the birthday parties. And he wanted her to spend the night. They’d go down to the creek and catch crawfish.“

Josh never strayed far from Jackson County, working side by side with his father and brother in the family business. Until his life took a different turn. He struggled with drugs but by May of 2013, he’d returned from rehab and was ready to make things right again. However, police believe people from his past had other plans for Josh. 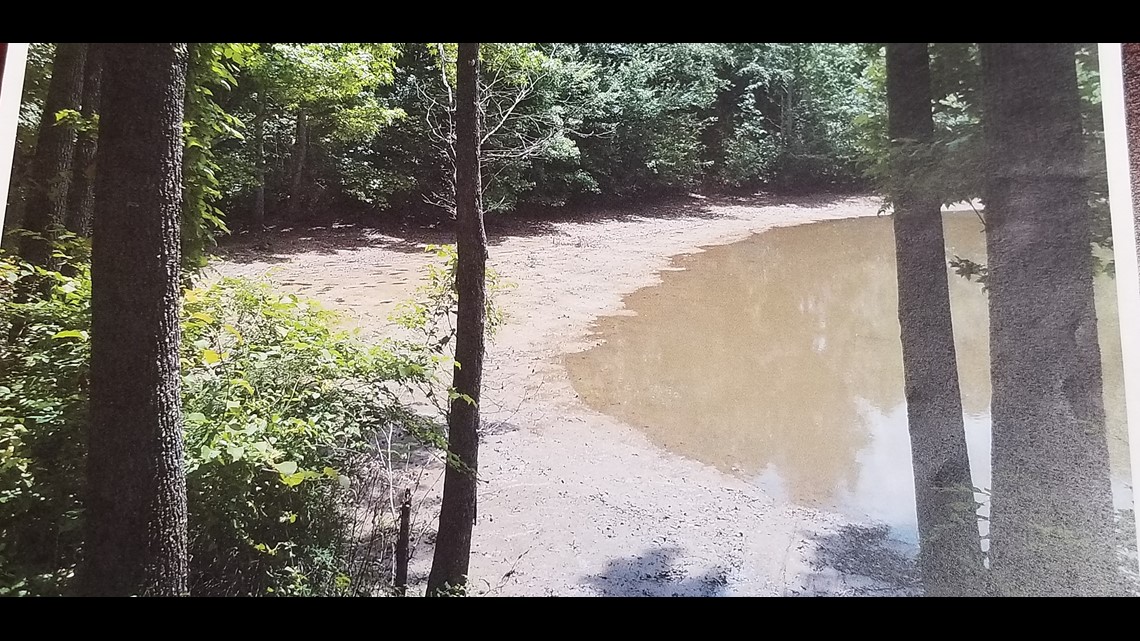 “(He) may have gotten mixed up with some wrong people who wished harm to him,” said Capt. Dale Dillow with the Jackson County Sheriff.

Dillow has worked Josh’s case since the beginning. On May 20, 2013, Josh drove to a lake on his family’s land in Jackson County. Josh’s brother, Brant, said it was one of Josh’s occasional fishing spots. What happened next is anyone’s guess.

“(We found) his cell phone, wallet with some cash in it. Keys were left in the vehicle,” reports Capt. Dillow.

But Josh was nowhere to be found. A neighbor called police to report the vehicle was there and the fence to the land was open.

“A couple hundred yards from where the vehicle was found… a family member found his shoes down next to this lake,” said Capt. Dillow.

Family and investigators searched the area. They used cadaver dogs and even drained the lake. Though a body has never been found, the Sheriff’s Dept. is treating the case as a homicide.

“(It’s) very likely he left there with someone either against his will or his wishes,” said Dillow.

From there, the case gets stranger with tips and rumors right out of a movie.

“People saying I heard it was a wood chipper and he was put in the chipper pit over here. There’s a wood chipper in this,” said Dillow explaining one of the more prevalent rumors about the case. “There’s no wood chipper been found.”

Investigators have interviewed about 75 people about Josh’s case, including several of them more than once.  And tips continue to come in. Capt. Dillow said he runs down two or three a month. But so far, no concrete leads about the case.

In the meantime, Josh’s death has affected this family to its roots.

“I think my mom would still be here if he was here,” said Shannon, explaining how their mother died after Josh’s disappearance. “I feel like a broken heart led to that.”

Police and the Adams’ family believe someone in Jackson County, or nearby, know about Josh’s disappearance. Shannon has a message for the person, or people, who know about it.

“You’ve changed the trajectory of many of our lives,” said Shannon. “We want to find Josh and bring him home and put him to rest.”

Mother of model found with no organs wants answers