The victim's toddler daughter was found putting band-aids on her mother’s body. 20 years later, her now-adult children talk about the night Lane Crowder was killed. 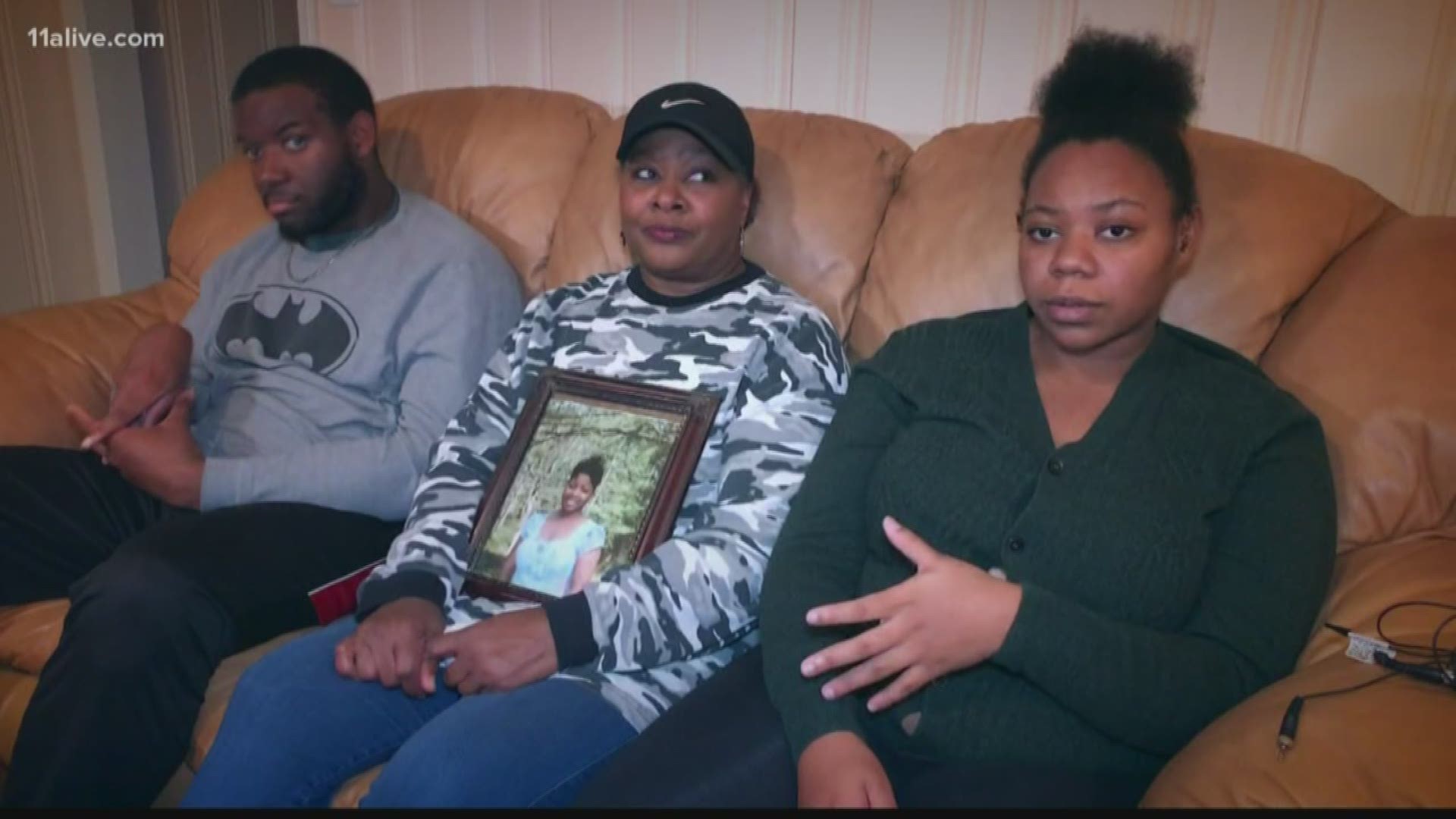 CARROLLTON, Ga. — For Lyric Crowder, the memories are still fresh.

“I remember that feeling of, ‘is my brother and my Mom okay?',” Crowder told 11Alive. “I didn’t think she was dead. I thought was asleep. A 2-year-old doesn’t know about death just yet.”

Lyric Crowder, now 21 years old, was only 2 when her mom Laneshia Crowder, or Lane as friends and family called her, was killed in their Carrollton home.

Police think Lyric and her 7-year-old brother Kenneth, who was severely beaten by the killer, had been in the house for several days before being discovered. Lyric was found beside her mother.

“(I was) putting Band-Aids on her. Just trying to help your mom,” Lyric recalled.

Lane was living a quiet life on a good street in Carrollton.

“That neighborhood is very tight-knit,” explained Investigator Ashley Hulsey with the Carroll County Sheriff's Office. “A lot of people were ‘kin’ to each other. Back then, and even now, everybody kind of knows everybody in one way or another.”

On this Saturday night, Lane had returned home with her kids. She put them to bed and then, according to phone records gathered by police, she talked on the phone with friends until about midnight. After that, no one heard from them.

Police say Lane’s friend called a neighbor and asked them to check on the family because he hadn’t heard from them a while. When the neighbor went to the house, they looked inside, saw a body and called 911.

Kenneth, who was 7 years old at the time of the attack, can remember bits and pieces.

“I knew something was wrong. I could tell it," he recalled. "So, I told my sister to hide. And then they just came in the door and they started beating my mom. Started beating me.”

By the time paramedics arrived at the home, Lane was dead. Kenneth was barely clinging to life. Police think the killer - or killers - believed they’d also killed Kenneth.

“It probably was a shock to the perpetrator that he did survive those injuries, but it also tells me that panic probably set in for this person,” said Investigator Hulsey. “Maybe they didn’t realize there was a child of his age in the house.”

As for Lyric, then 2 years old, she was unharmed.

“I just remember being behind the door watching what happened. And watching them come in and doing what they did.“

Police say nothing was stolen from the Crowder home. They’re holding some information back about the investigation, including clues only the killer or killers would know.

“We think it wasn’t a planned-out thing. More than likely a heat of the moment kind of deal,” explained Investigator Hulsey.

Kenneth, now in his late-20s, still lives with brain injuries from the beating. But he says he remembers some details about that night - including that there was more than one person involved in the attack.

“They said this is only starting. Then I shut my eyes and I woke up in the hospital,” Kenneth said.

The Crowder family tries to heal

Lane’s mother, Doris, took both kids in and raised them as her own. She’s been there for ever question, every heartbreak and every success.

Like Kenneth, she thinks the people that killed Lane knew her and still live in the Carrollton area.

“Sometimes, I get around certain people and I feel like they were there,” explained Doris Crowder.

She tells stories of people who, throughout the years, have made cryptic comments that lead her to think they knew what happened that night. She also tells of strangers approaching the kids and scaring them with comments about their Mom’s death.

“I’m not ruling out the fact that it could be someone that is not local, that maybe people were not that familiar with that’s just kind of not been on our radar yet,” said Investigator Hulsey with the Carroll County Sheriff’s Office.

Though an exurb of Atlanta, Carrollton is still a small town. Lane’s murder shook the community and that undercurrent of concern is still there.

Investigator Hulsey is not just a police officer working Lane’s case. She’s a former classmate. They both attended Carrollton High School and were in the same graduating class. Hulsey said the class was still talking about Lane’s murder at a recent reunion.

“I brought up the topic at that reunion of what happened to Lane and what can we do now as a community to try to solve this case and get justice for her and her children. And for Kenneth,” explained Hulsey.

As for the Crowders, life goes on. They all still live in Carrollton. Kenneth has a job and takes his role as big brother seriously, always watching over Lyric. Lyric, meanwhile, is 21 years old and about to be a mother. She’s the same age as Lane was when she was murdered.

The only thing missing is an answer to a mystery that has haunted their family and community for two decades.

“You think about other people who go through that,” Lyric reflected. “They’re going to remember that (seeing the murder) for the rest of their lives. When people sit there and say, ‘Oh they’re not going to really remember it.’ They do. They really do.”