Putnam County murder mystery: Why the sheriff won't ask the GBI for help

He was beheaded. She was found in the middle of a lake, her body weighted down with cinder blocks. The case remains unsolved. 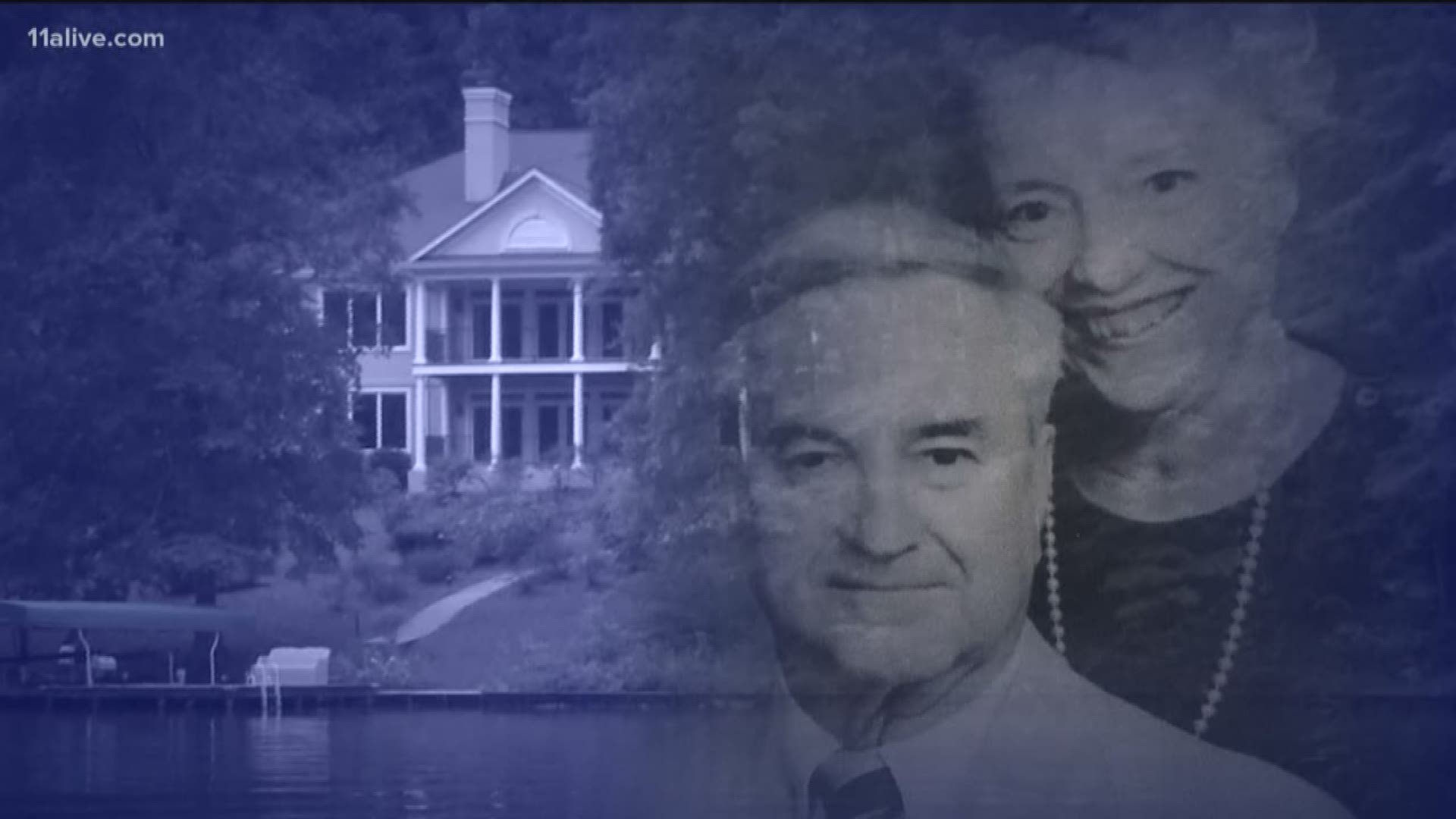 EATONTON, GA -- A Georgia sheriff working a high-profile unsolved double murder lashed out at the Georgia Bureau of Investigation, and said he won’t request the agency’s help to solve the case.

Russell and Shirley Dermond’s bodies were found four years ago – Mr. Dermond, 88, was found beheaded in their Lake Oconee home. Mrs. Dermond, 87, was found weighted down with cinder blocks in the lake.

Sheriff Howard Sills says the Dermond case is the only unsolved murder in Putnam County in the last twenty one years.

“Oh Lord. Early on we’d had help from everybody in the world,” Sills said in an interview. “We’ve had no shortage of people wanting to help.

Sills is convinced two or more people conspired and carried out the killings.

“We just don’t have a lead to run down,” Sills said.

The killers’ motive and identities have remained a mystery for four years.

“I have utilized the resources of the FBI,” Sills said.

Sills has sought help from law enforcement agencies around the world, from London to China. But he won’t ask for help from the GBI. Its Decatur headquarters is 70 miles away from Sills’ office in Eatonton.

“I’ve never asked the GBI to assist me in any investigation,” Sills said.

Sills is a former DeKalb County investigator, and has been Putnam County’s sheriff and lead investigator for 21 years.

“I don’t see why I’m expected to call the GBI,” Sills said, when asked about seeking the agency’s help. “If I need ‘em, I’ll call ‘em.”

In most Georgia counties, the Georgia Bureau of Investigation is the lead investigator in murder cases. The GBI has a crime lab, which processed physical evidence in the Dermond murders. And GBI investigators routinely assist local investigators— when local officials request help.

So why won’t Sheriff Sills do it?

“I’ve had repeated cases early in my career where political involvement – there was a litmus test in the way that they did things that I just don’t care to be around,” Sills said of the GBI. “I have been involved in investigations where they have literally told people to destroy evidence.” Sills declined to describe those incidents on the record.

When told of Sills’ allegations, a GBI spokeswoman said the agency would have no comment.

Sheriff Sills’ disdain for state-run law enforcement agencies also extends to the Georgia State Patrol. When state troopers make arrests in Putnam County, they have to get suspects fingerprinted and photographed at the Eatonton city jail – because Sills won’t let them do it at the Putnam County jail. The county jail does lodge State Patrol arrestees, after they’ve been processed at Eatonton PD. State officials say Putnam County is the only county in Georgia requiring this two-step process for people arrested by the State Patrol.

“I will gladly follow my duties in accordance with the law. But I’m not going to kiss the Georgia State Patrol’s ass. I don’t see a need to,” Sills said.

Sills is well-known and has been widely respected as a successful, plain-spoken and sometimes colorful lawman. He is a former president of the Georgia Sheriffs Association. Twenty years ago, his investigation helped shut down a cult compound in Putnam County. Dwight York, the leader of the Nuwaubian cult, was imprisoned for child molestation and other crimes.

But earlier this year, Sills was widely criticized for writing an email likening Gov. Nathan Deal to “Lucifer.”

Sills opposed Deal’s criminal justice reform package, which passed the legislature. Sills believes the legislation is too easy on people who commit crimes. After the email became public and controversy ensued, he resigned from the Georgia Sheriffs Association.

Sill says he is still seeking tips and assistance from the public to help solve the Dermond murders. “I’ll work with the devil… if I thought I could find out who killed these people,” Sills said.

But he won’t ask for help from the GBI.