After 38 years, a Jane Doe is identified and returned to her family

'We finally got her home.' 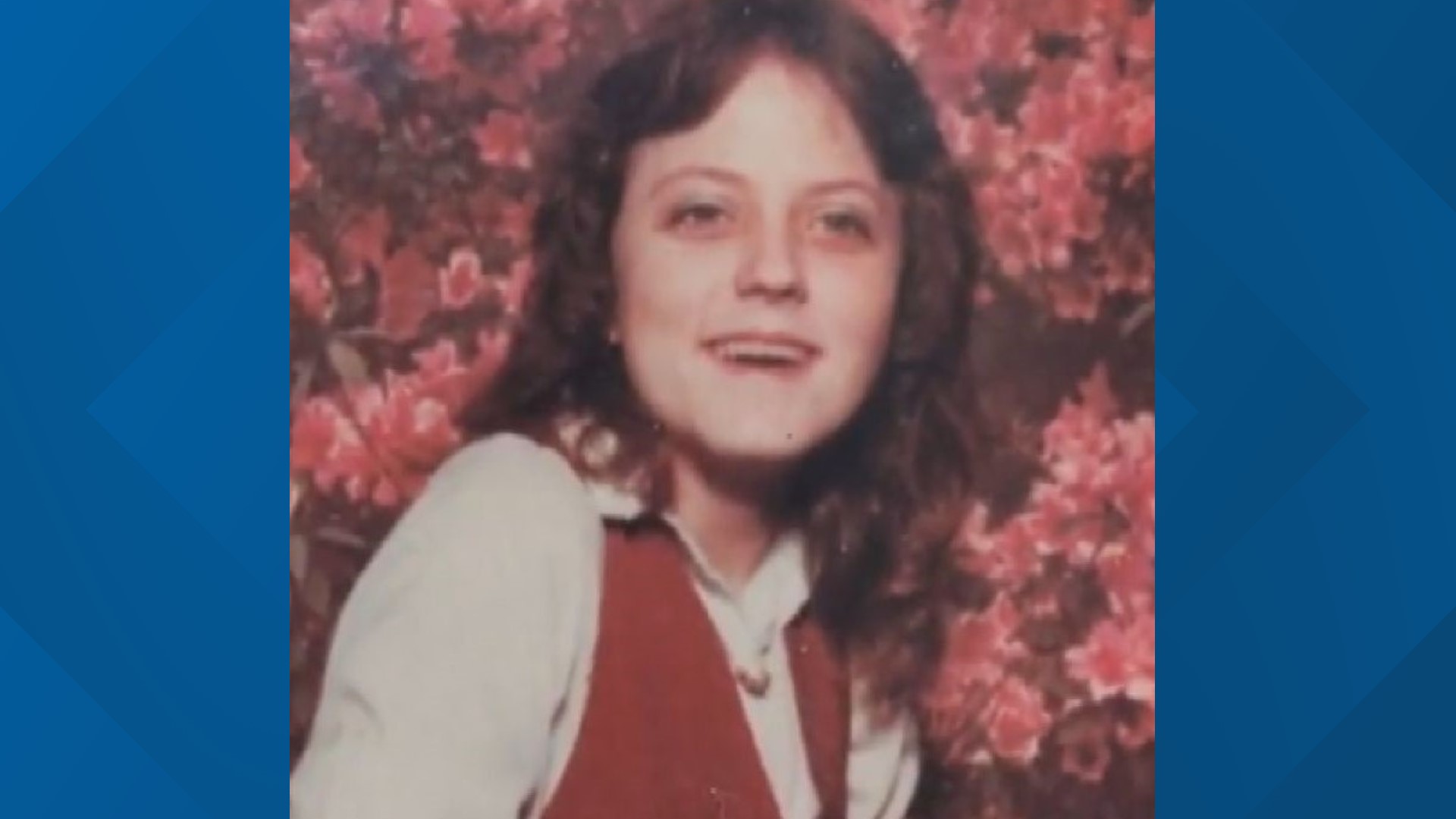 THOMASTON, Ga. — We are told there is closure.

We are told that loss and grief, ultimately, leads to acceptance.

But closure can be complicated. In this story, it has built for decades for a family waiting for its angel to come home.

“It’s almost like you’re living in a daze and you haven’t come out of it yet," described Johnnie Hay of Thomaston, Georgia. "The ending’s gonna be hard.”

The "ending" refers to the return of her sister.

Shirlene Hammack, nicknamed Sheryl, went missing in the fall of 1981. She was identified 38 years later.

Sheryl and her sisters, Johnnie and Lynn, grew up in Thomaston, about 70 miles south of Atlanta in Upson County. Her sisters and her mother, Kathleen, speak of a family that dressed alike - and of a wild child who led the way.

“She had this crazy dance," recalled Hay. "Swinging everything from head to toe. We had some good times.”

The fall of 1981 brought a touring fair to Thomaston. Sheryl, 18 years old, decided to join it. Her plans? To earn some money, and to see the country.

“My last memory of her was with her little brown paper sack, walking down the road, going to meet her friends to go to the fair … to leave,” Hay recalled.

Credit: The family of Sheryl Hammack

"There were cases that resembled hers," Hay recalled about the years of waiting. "I would call in, and those cases would never go anywhere."

Eventually, she said, "you learn to not say a lot about it. It was easier thinking that she was dead rather than homeless somewhere, starving, being captured by someone and not being able to go free. I didn’t really want to believe it, but that’s how I felt. It was the easiest way of getting through life.”

Kelly Sage lives in Wyoming. But she grew up in Quitman, Georgia, just outside of Valdosta. A few years back, she visited the grave of a famous Jane Doe.

“That’s one of my main interests, is the John and Jane Doe cases," Sage told 11Alive. “Somebody had etched her likeness in her gravestone.”

In Quitman, the story is lore. In the fall of 1981, a body was found near the highway, stabbed and strangled. Investigators arrested a man named George Newsom, who eventually admitted to the murder. The body went unclaimed and was buried with the words, “Known Only to God.”

“I was like, ‘You deserve better than that'," Sage said. "She’s a person, and she had her dreams, and her hopes. And this terrible person took that away from her.”

The Hammack family saw similarities between the etching on the gravestone and the angel they had been missing.

"We never gave up hope."

Sheryl’s family went to the Georgia Bureau of Investigation. They waited one more year for tests to confirm what they both hoped and feared.

The Jane Doe was, indeed, Sheryl.

They learned the grisly details of her death. The GBI announced its discovery to the public days later. That was in January 2020. Six months later, Sheryl was still two weeks from coming home.

“I get real sad," said her mother, Kathleen Hammack. "I can’t sleep now hardly. I might sleep one good night, and then there’ll be three or four nights where I won’t sleep none, thinking about it."

Finally, the moment arrived. At the Hammacks' church in Zebulon, Georgia, the child “Known Only to God” returned to those who knew her best.

Today Sheryl Hammack sits in an unfinished plot in Thomaston. That word - "unfinished" - is fitting.

Special thanks to WALB-TV and the Brooks County Public Library for their help with this story.