'It’s reckless, and it shouldn’t be happening in our city,' Mayor Keisha Lance Bottoms says about street racing. 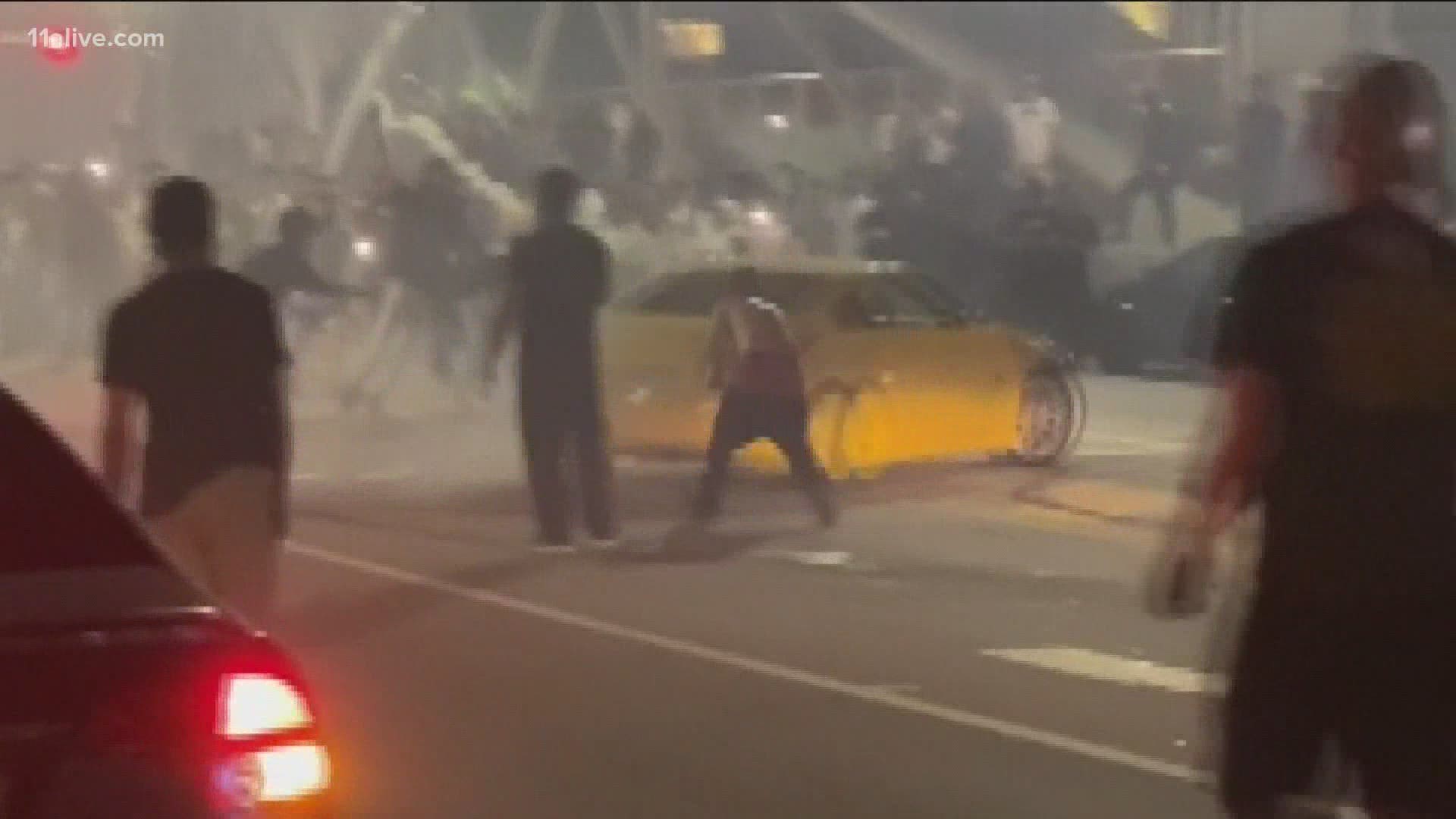 ATLANTA — In the midst of the pandemic and racial tensions, a public emergency has started to fill the empty parking lots and lonely roads abandoned during the lockdown.

Some of those open spaces were converted into unofficial race tracks and a playground for those seeking a dangerous thrill during the quarantine.

The trend grew at an alarming rate in cities like Los Angeles, Dallas, and here in Atlanta -- where the crackdown gained the urgent attention of Mayor Keisha Lance Bottoms and Gov. Brian Kemp.

“It’s reckless, and it shouldn’t be happening in our city,” Mayor Bottoms said.

But what’s behind this dangerous national phenomenon? Well, it’s been around for years. Hollywood loves the storyline and so do everyday spectators, spellbound by the donuts, engines revving, and with cheers like a scene straight out of "The Fast & The Furious."

But, the real-life scenarios are far from a supervised movie set. In real life, there is no ‘Take 2’ -- because one wrong move can take a driver or spectator’s life.

The fascination has proven to be deadly over the years, but that hasn’t stopped the unorganized chaos. Atlanta Police have released several public service announcements about the ongoing issue.

“Don’t risk your freedom or someone else’s life. We can restore order in our neighborhoods, reduce crimes, and keep Atlanta,” the department stated in one urgent message to metro Atlanta residents.

Jones organizes professional racing events and works to create a safe haven around the hobby. His events attract thousands of people to car shows and safely-monitored car racing.

He says the city of Atlanta should find a productive and proactive solution to combat the unorganized chaos. He also says the news coverage may be playing into the repeated incidents.

RELATED: Street racing suspects will no longer get bond if arrested, police say

“It’s getting a lot of media attention. We live in a society now where any attention is good attention. It kind of makes them want to do it more," Jones said. "Like, 'We did that. We made the news.'”

The unofficial underground movement has Mayor Keisha Lance Bottoms considering if there’s a way to create a safe, designated space for street racing in the city.

“[We’re considering that] if we’re able to find a location, what the liability would be, what the parameters would be, so I don’t even know if it’s going to be an option," Bottoms said in a recent interview with 11Alive. "It’s just one thing that we are benchmarking.”

“We got an opportunity to create a whole new standard for the nation and a way to be able to put people in a space where they’re safe," Strickland said. "Because you’re not going to stop people from doing a hobby."

As the city works to establish how to deal with this dangerous issue -- whether it's by creating a designated area or by coming up with harsher punishments for those who get caught -- it’s clear this hobby isn’t going anywhere anytime soon.