One man was shot and wounded following a fight inside the Apple store inside the shopping center, police said. 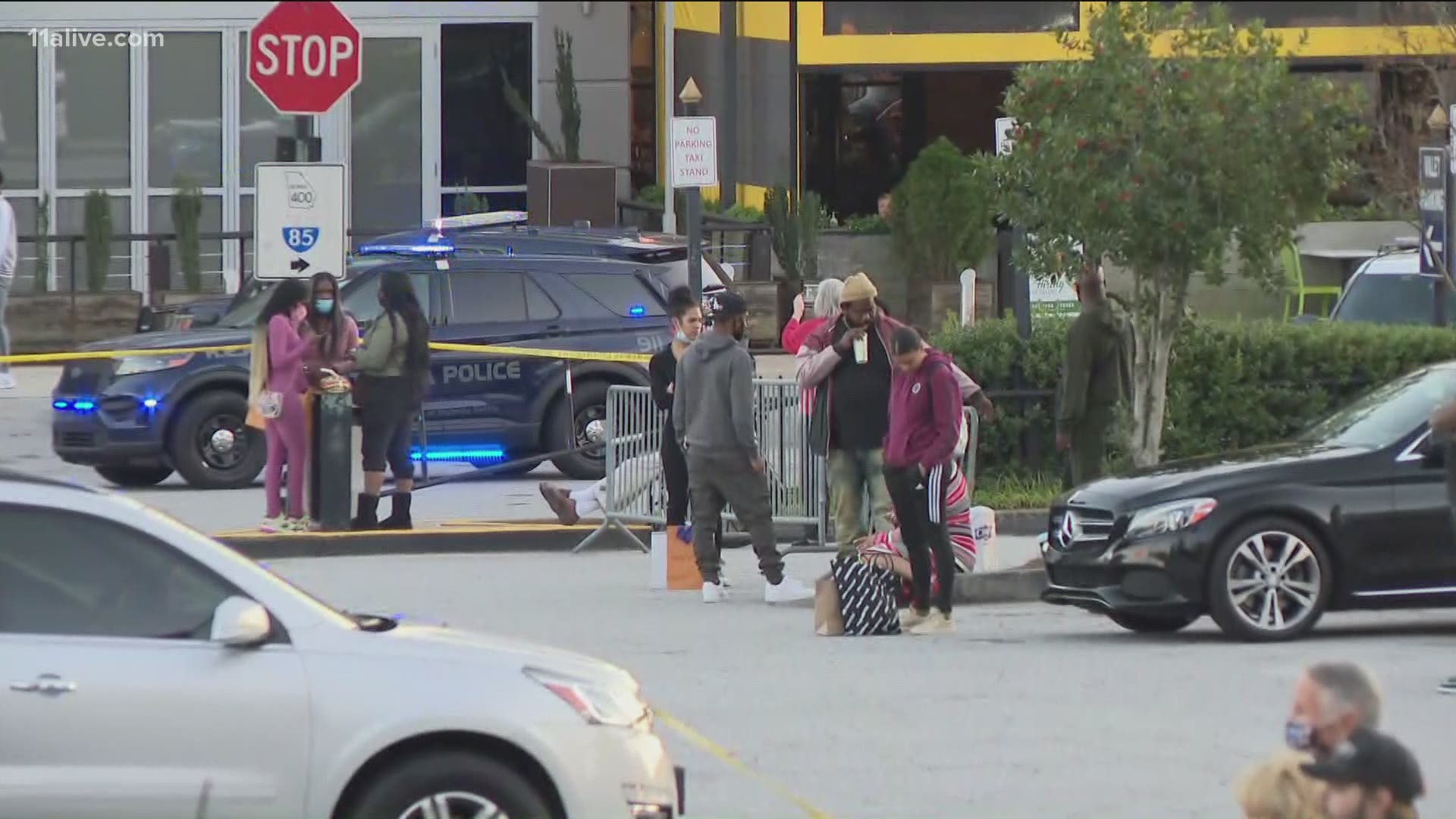 ATLANTA — The Buckhead Coalition said they are becoming increasingly concerned about the uptick in crime in the area, especially following Friday's shooting at Lenox Square.

A man was shot in the rear and wounded Friday afternoon following an argument inside the Apple store at the Buckhead shopping center.

The victim was transported to Grady Memorial Hospital in downtown Atlanta in stable condition for treatment of his injuries, police said.

According to Atlanta Police Officer Anthony Grant, the victim was shot after an argument with what he called a "group of male suspects."

Grant said that one member of the group shot the victim in the rear, then left in what he said appeared to be a blue Chrysler Pacifica with Georgia license plate number CML8659.

Police investigators took one person into custody for questioning after the shooting, Grant said.

Over the past year, there have been a total of six shootings at the mall, one of the largest shopping centers in the Atlanta metro area -- including one shooting involving an officer.

In a release on Saturday, the community organization said they are joining with businesses in the Atlanta neighborhood, other community groups, the Atlanta Police Department, and city officials to craft what they are calling an "actionable plan" to reverse trends and increase public safety in Buckhead, and more particularly around Lenox Square.

According to their release, what the Buckhead Coalition is calling the "Buckhead Security Plan" will include "near-term and longer-term actions to increase the safety and security of people who live in, work in and visit Buckhead for shopping and entertainment."

Elements of the plan, they said, are already being executed, including increasing supplemental patrols as funded by the Buckhead Community Improvement District.

"This collaborative plan will tap public and private sector support and is designed to leverage the public sector police activity," the release said, in part. "It will include new and expanded deterrence and enforcement, as well as policy and procedure changes designed to prevent crime, hold criminals accountable, and restore citizen confidence that Buckhead is safe and secure."

The Coalition's release said they plan to unveil their complete plan within the coming weeks.