Carlos Montemayor allegedly ran one of the world's deadliest drug cartels. He'll face a judge in Atlanta on Thursday. 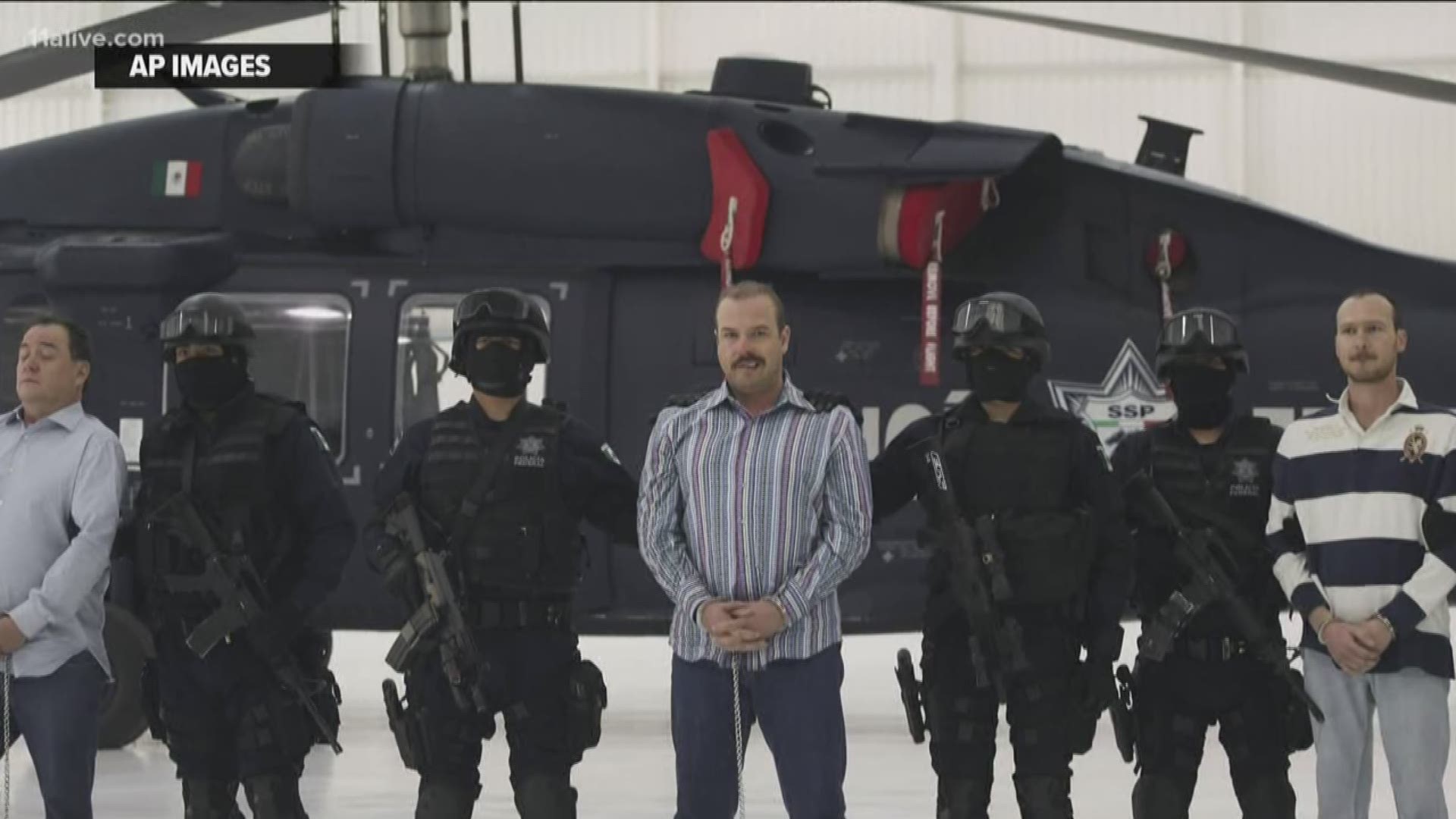 ATLANTA — A former drug kingpin who once oversaw a cartel that murdered 20 tourists in Acapulco, will be sentenced to drug trafficking charges in downtown Atlanta Thursday morning.

Carlos Montemayor, or "El Charro" as he's known, pleaded guilty late last year. He could face up to 50 years in prison.

Montemayor and Edgar Valdez-Villarreal, a.k.a. "La Barbie," were brought to the US back in 2015. La Barbie pleaded guilty last year and was sentenced to 49 years in prison.

They're believed to be responsible for countless deaths in Mexico. But the U.S. Attorney's Office in Atlanta say the pair ran a massive cocaine distribution ring centered in the metro.

CATCH UP: 13 defendants tied to Mexican drug cartels extradited back to Atlanta

Why were they brought to the U.S.?

Former Federal Prosecutor Bret Williams, who worked this case for many years, points out that Mexico doesn't have the greatest track record when it comes to jailing kingpins.

"This is very unfortunate for Mexico," Williams, who's now in a private practice, said. "There's a sense of - and maybe a reality of - corruption, infiltration, things of that nature."

Look no further than El Chapo, once described as the most powerful drug trafficker in the world. He escaped Mexican prisons twice before he was finally brought to the U.S.

Besides, Williams said, many of their crimes took place right in the metro.

"Texas, Arizona are main points of entry," explained Williams. "They use Atlanta as a hub to distribute drugs throughout the east coast, up and down the coast."