Michael Lavigne was already charged in connection with the murder of his newlywed wife at a Popeye's restaurant in DeKalb County. 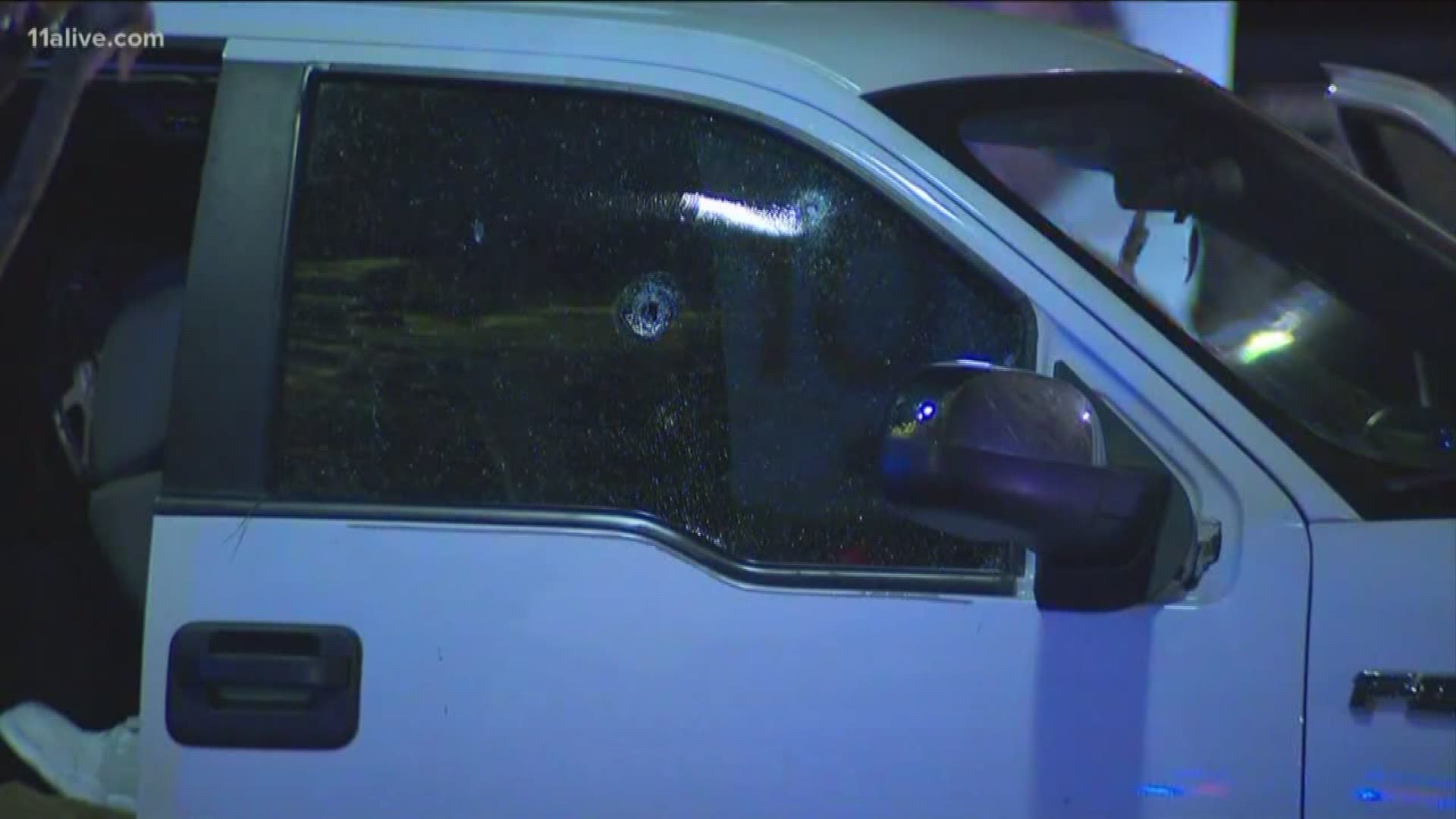 CONYERS, Ga. — A Conyers man already charged with the murder of his wife after a shootout at a Popeye's restaurant in DeKalb County has also been charged in connection with the service of an arrest warrant taken out by the US Marshals on January 11.

Deputies from the Rockdale County Sheriff's Special Investigations Unit assisted the US Marshals with serving the warrant on the home of Michael Dale Lavigne in the 3900 block of Leisure Court.

As law enforcement swept the home, they noticed several loose rounds of ammunition in plain view. After they obtained a search warrant, investigators discovered two utility trailers without license plates in the backyard. The trailers were removed and will be examined further to determine ownership.

Investigators also found numerous powered lawn tools in the bed of a U-Haul truck. Two of those items were determined to have been stolen, according to reports from the Loganville Police Department.

The remaining lawn tools were taken from the bed of the truck to determine ownership.

The search also uncovered a 12-gauge pistol grip shotgun, a Glock model 23 .40 caliber handgun and Titan II .380 handgun. In addition, there were about 14.4 ounces of crystal methamphetamine, about 14.6 grams of marijuana and numerous prescription medications.

That indictment was tied to the death of 35-year-old Alisha Stephens at a Popeyes restaurant on Panola Road in DeKalb County last October.

1 / 4
Rockdale County Sheriff's Office
Kisha Phillips was arrested on an outstanding warrant out of Jasper County on Jan. 11, 2019

Along with Lavigne, Renita Gabriel Harrison was arrested and will be charged with trafficking methamphetamine and possession of a firearm by convicted felon. Kisha Phillips was arrested for an outstanding warrant out of Jasper County.