Jordyn Jones appeared in a Fulton County courtroom for the first time since her arrest. 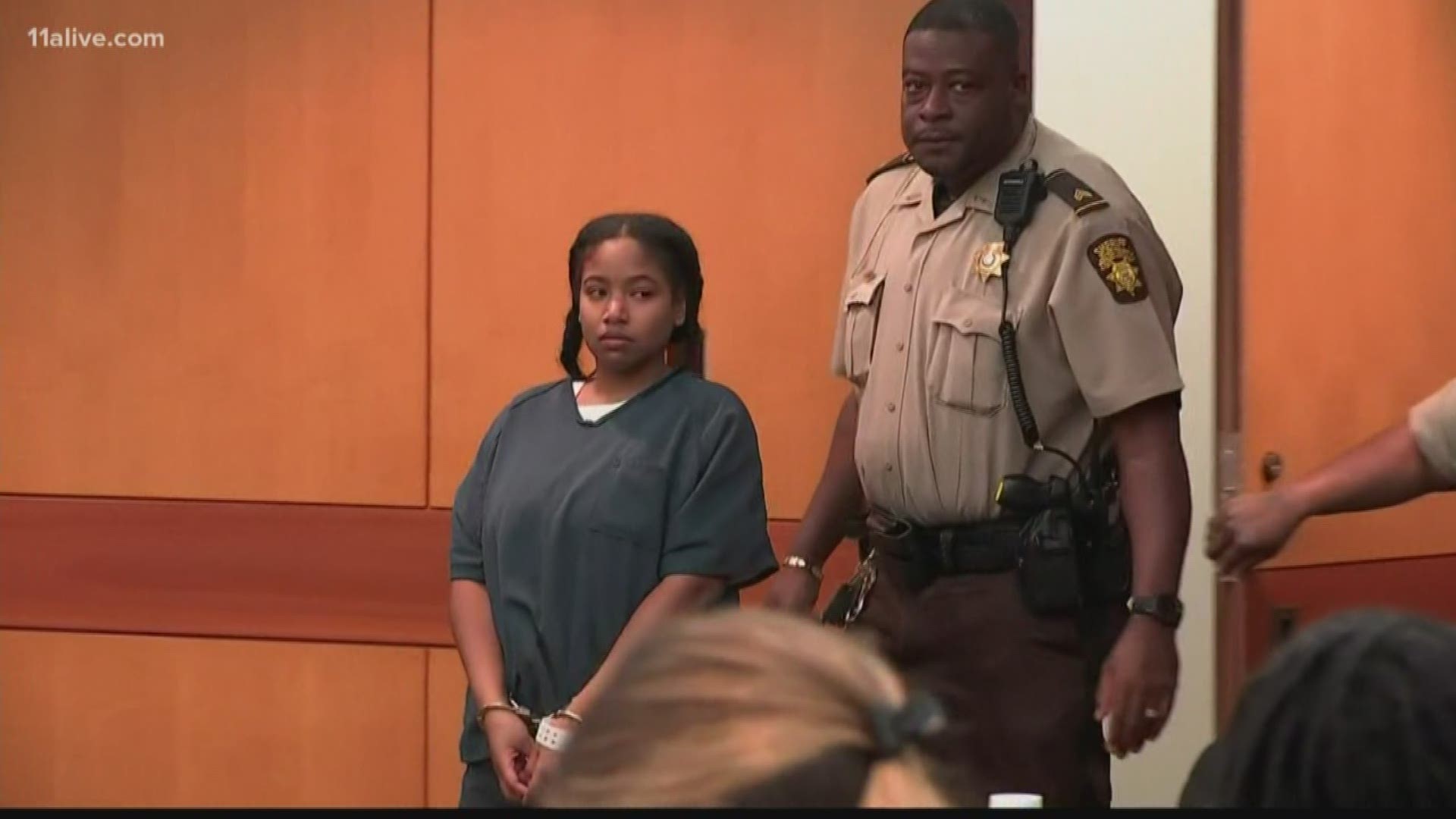 ATLANTA — Two people accused of killing a 21-year-old Clark Atlanta University student were scheduled to appear in court for a bond hearing on Thursday.

The hearing took place at the Fulton County Superior Court at 9:30 a.m.

The judge did not grant Jones a bond. It is unclear why Brantley was not in court.

Crawford was reported missing by her family Nov. 1 after they said they had not heard from her for several days. She was found dead in a DeKalb County park off Columbia Drive on Nov. 8. Authorities later revealed the college student was strangled and smothered to death following a physical altercation with her close friend and roommate, Jones.

"Jordyn had been Alexis' friend and her roommate," Atlanta Police Chief Erika Shields said during a brief news conference.

A report by the Homicide Unit specifically revealed that 21-year-old Brantley got involved with the fight and choked Crawford to death with his hands. The warrant for Jones alleges she "did smother the victim, Alexis Crawford, with a black trash bag until Crawford stopped breathing and was deceased."

Authorities said they are still trying to establish a motive, but Crawford did file a sexual assault report prior to her death.

"While a motive has not been clearly established, the department did take a police report from Alexis Crawford on October 27, and this is a few days prior to her being reported missing. In this report, Alexis described unwanted kissing and touching from Barron Brantley," authorities stated.

Barron and Jones both waived their first court appearances. They are also scheduled to have preliminary hearings on Friday, Nov. 22.