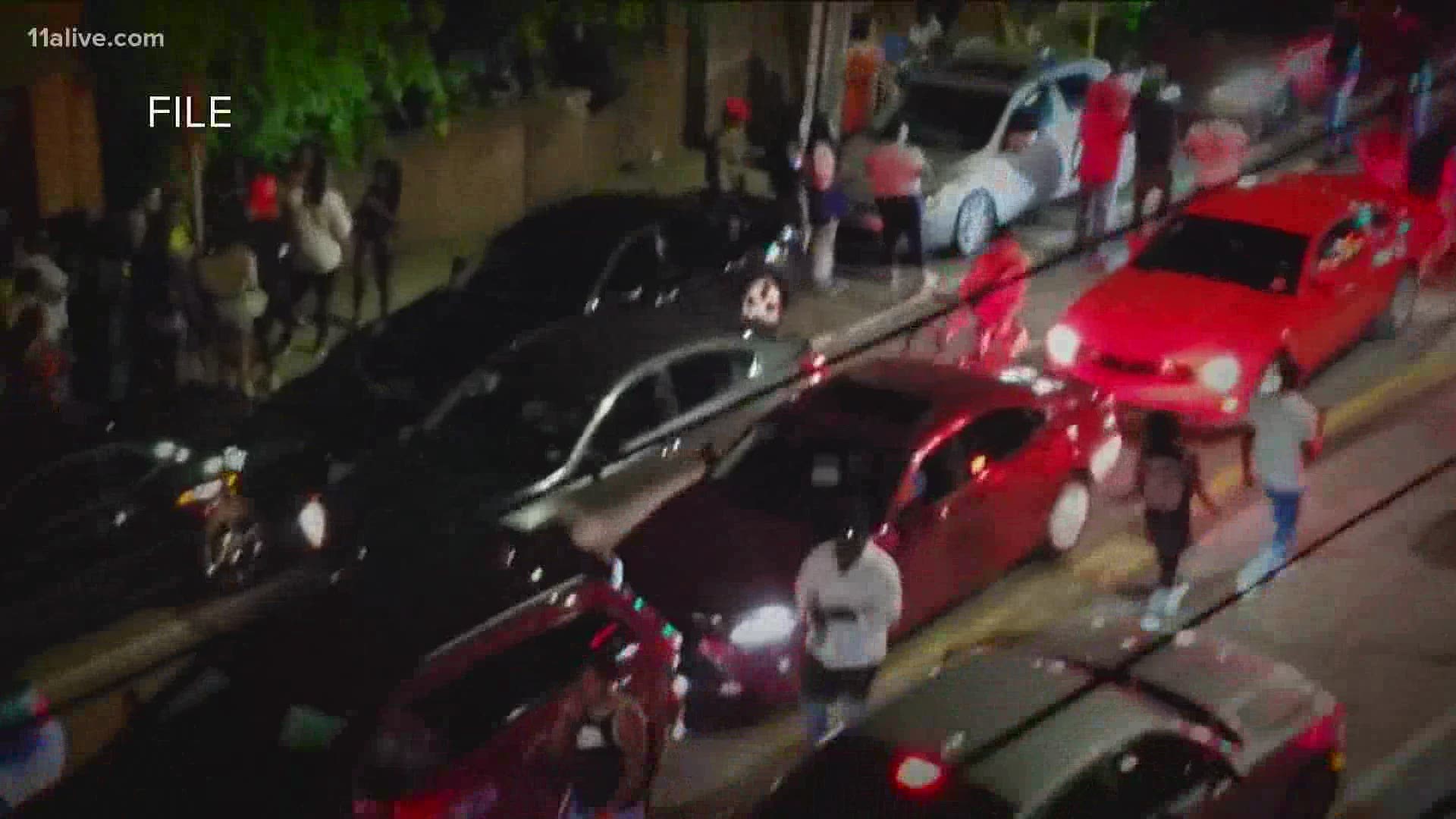 ATLANTA — The Atlanta Police Department said they are continuing to proactively patrol the streets of one particular neighborhood that has neighbors and business owners fed up over increased crime.

The Sweet Auburn/Edgewood area of northeast Atlanta has been a hotbed of street racing, large gatherings, shootings and other incidents in recent months.

Focusing on crime reduction, the police department stepped up patrols during the weekend of July 31 and Aug. 7 and made 32 arrests, recovered 12 guns and seized more than $20,000 cash.

Here is a breakdown:

"While we would like to dedicate more resources to this particular area, we have to spread our resources over the entire City and do our best to protect all communities," Rhonda E. Frost, Deputy Director of the Public Affairs Unit for APD said.

Earlier in the summer, businesses on Edgewood Avenue formed the "Sweet Auburn Coalition" telling 11Alive in June that they're frustrated.

And, just about a month later on July 4 Weekend, 14 people were shot – and two of them died. Investigators said the violence stemmed from a car hitting someone in the crowds that night.

This situation has become an example of why neighbors say the chaos needs to end – not the fun.

Frost said the department is encouraging business owners to invest in alarm systems and to hire private security or off-duty officers.

"APD believes that if everyone does their part in keeping the community safe, we can reduce crime and work to get criminals off the streets," she said.