Some of the hidden cameras are disguised as tissue boxes, air fresheners, mirrors, door locks and even tiny screws, according to an expert. 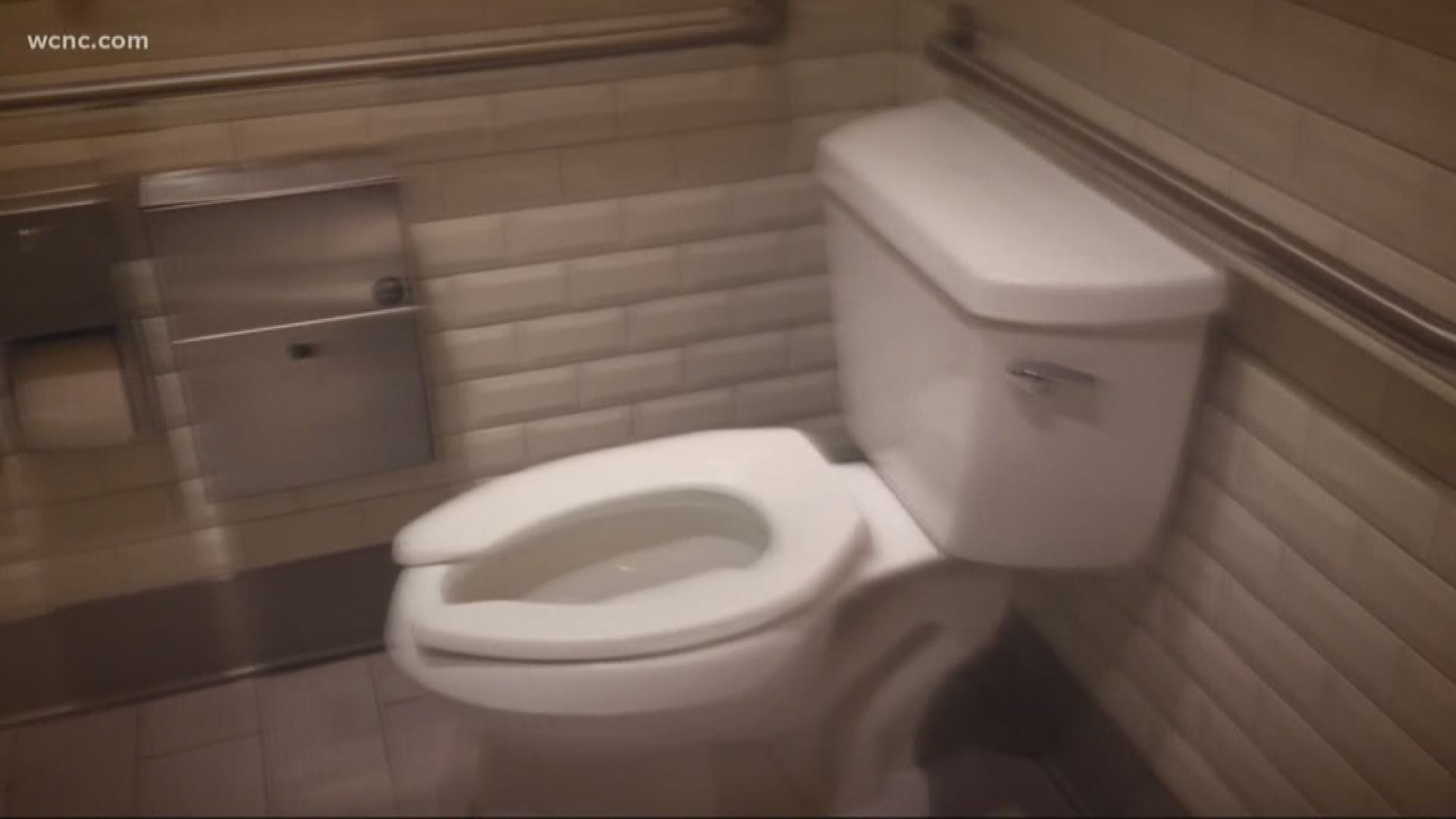 CHARLOTTE, N.C. -- Police are warning about hidden cameras in public restrooms after yet another case is being investigated, this time at a Georgia Starbucks.

It was the second hidden camera found at that location in as many weeks. Police do not have any leads on suspects.

“I think about it for my little girl and my wife and I worry about the privacy and their safety,” one customer said.

And it’s not just Starbucks.

In the past two months alone, there have been dozens of cases of tiny cameras hidden in public restrooms.

At an arcade, a church, a mall, a restaurant, a gym, a hospital, a rental unit and rest stops... the list goes on and on.

And there have been several recent cases in the Carolinas.

A Rock Hill landlord was recently charged for installing spy camera towel hooks in tenants’ bathrooms. A York County teacher is being tried for installing one in a middle school bathroom to peep on children.

She said there are hidden cameras disguised as tissue boxes, air fresheners, mirrors, door locks and even tiny screws.

It does seem a little excessive to check every nook, cranny and bolt every time you use a restroom. But if it concerns you enough, you can buy a radio frequency monitor for pretty cheap online, which will detect hidden cameras.

“Vibrations and lights will go off as you get closer to the items,” Fuller explained.