'My chest is very heavy': Family shares devastation at sentencing for man who stabbed wife and unborn child to death

Elvin Durant was given two life sentences Friday for the 2018 murder of Crystal Battle, his wife. 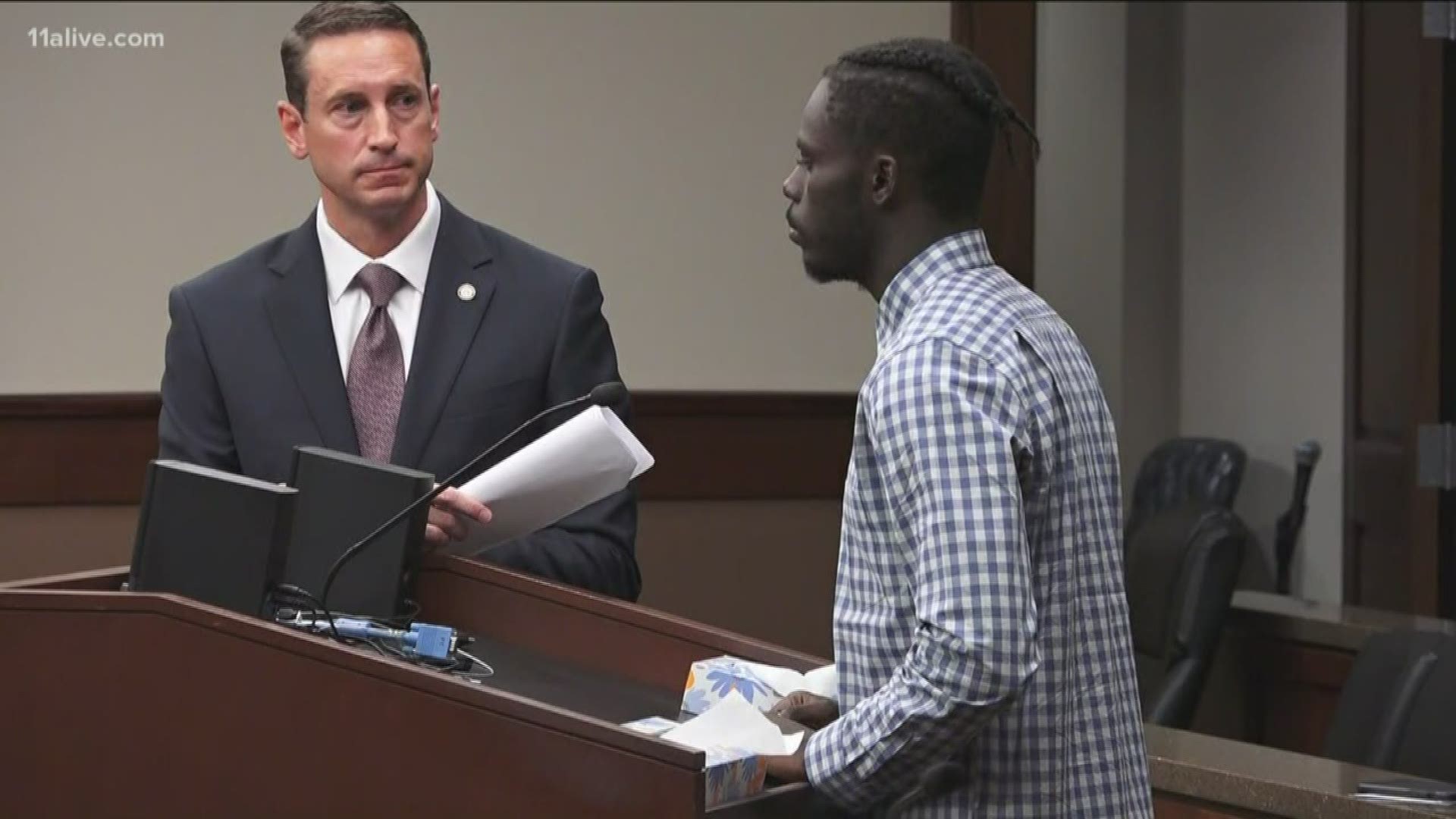 Durant was given two life sentences and additional years in prison. Before he was sentence, and after the family statements, he said he was sorry for the "pain and sorrow that has been inflicted on this family."

RELATED: 'God has used me as a death angel': Man given life sentences spoke bizarrely after killing wife and unborn child

"I see my life as two separate pieces, the life I had before my daughter was murdered, and the life after," the mother added. "My new life is not easy for my heart."

Battle was murdered in the early morning of Aug. 25, 2018, when Durant broke into the home and stabbed her to death, telling her "this is the end" before his violent attack.

He also stabbed her then-19-year-old son Jakeem Battle, who had tried to stop the attack, in the thigh.

Durant acted erratically after the murder, admitting to killing his wife and saying things like, "God has used me as a death angel to protect the rights of unborn children," his lawyer said.

The family said Friday in court that it had affected them heavily, and it had been difficult to fully process her loss.

"She was everything to me," her mother said. "I miss her so much."

Barett described her daughter as someone who "loved everybody."

"She loved her family. She was there for her family," she said.

"To be honest I don't know what to say. I lost my mother 15 days after I turned 19 years old," Jakeem said. "I look at my twin brothers every day, Jeremiah and Josiah, and I just wanna cry, because I know they will never have a chance to meet the mother who birthed them into this world, she loved them to death."

The twins were just toddlers at the time of the attack last year.

Jakeem Battle said he had worked at the same warehouse as Durant, and they went to work together every day. He described the relationship he had with him as "kind of like I had a best friend" but that still there was "something about him deep down that my soul" did not trust.

His mother, who lawyers said was separated from Durant over domestic issues at the time of the attack, had urged Jakeem to nonetheless feel compassion for the man.

Jakeem's brother Joshua acknowledged he could not feel forgiving. He said he'd had a falling out with his mother about a year before her death, and never got the chance to fully repair their relationship.

"I never got the chance to reconnect again, and be on good terms," he said. "Never got to show her that I was truly sorry and just meant good towards her."

He said he hoped that Durant "never sees daylight again, ever."

At the end of proceedings, Judge Tain Kell directly addressed the family in a remarkable moment of compassion and shared grief.

"This was something incredibly evil and tragic that happened to you, I'm very sorry for your loss," he said.

Judge Kell said he hoped the sentencing "gives you closure and inspires you to mark this as the day you will start to go on."

Durant, who lawyers said had a range of mental health issues, though none amounting to a sufficient mental illness defense in this case, apologized.

"There are no words that can express the hurt, the pain and sorrow that has been inflicted on this family, and my family as well," he said.

Battle's mother said the pain her daughter's loss has caused "will never go away."

Man thought to be around Atlanta suspected of murdering teacher in her 80s, now threatening 'suicide by cop'