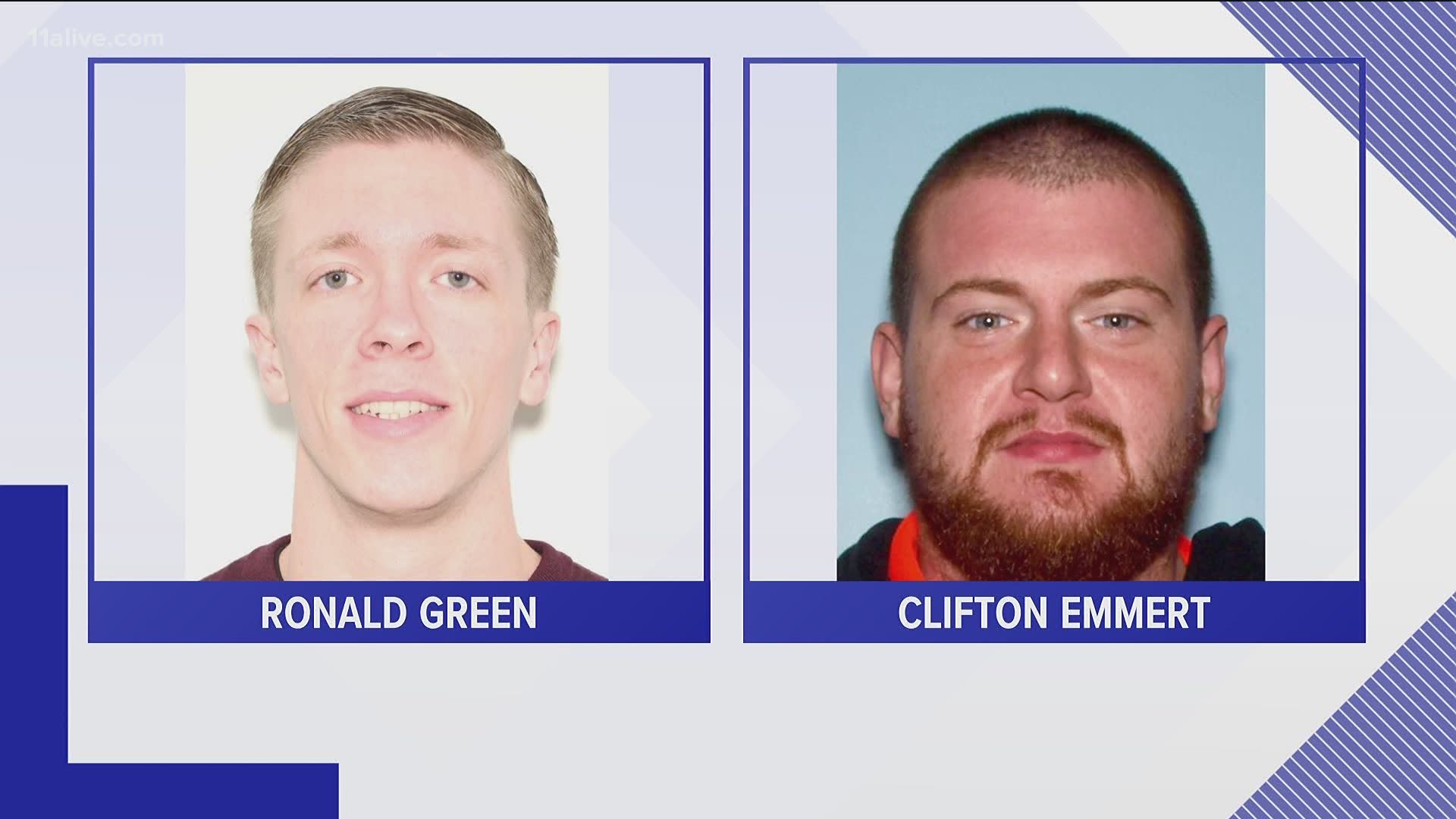 SMYRNA, Ga. — Police have released the identities of two people who were killed in the parking lot of a busy Cobb County shopping center last week - and may have a lead on who is behind it.

Last Thursday, at around 5:45 p.m., Smyrna Police said Ronald Green and Clifton "Casey" Emmert - both from Marietta - were shot and killed in an "ambush-style" attack in the parking lot of the Cumberland Marketplace shopping center. The complex is just blocks away from the popular entertainment venue, The Battery Atlanta.

"This was a very heinous crime that happened at rush-hour time, in front of a shopping plaza full of people," said Sgt. Louis Defense with the Smyrna Police Department.

At the time, police did not release many details about the victims and the suspect - only that they were interviewing witnesses and reviewing surveillance cameras from businesses in the area.

A week later, they now believe that Green and Emmert were sitting in Green’s car in the parking lot when a man drove up, got out, and shot them “numerous times.”

Moments after they were shot, police said the suspect - still unknown - drove off from the scene in a dark-gray, newer model Toyota Camry with a "tag applied for" license plate.

The Smyrna Police Department is now asking for the public's help in identifying the suspect in this case, and tracking down the car he used to get away.

Defense said they are investigating a number of possible motives, but investigators don’t have one, yet, only that the suspect appeared to have acted alone and the two were targeted. Defense said from surveillance video, it doesn't look like the gunman took anything.

Anyone with information about this case is asked to call the Smyrna Police Department at 770-434-6666 or Crime Stoppers at 404-577-8477. Callers can remain anonymous and may be eligible for a reward for information that leads to the arrest and conviction.

I took an at-home COVID-19 test. Here's what I learned.

3 charged with murder in case of sisters found dead under Rome, Georgia bridge

Sheriff's deputy, veteran and father of 9 dies after recently testing positive for COVID-19