Customers at the shopping mall said Sunday that they felt more security was needed. 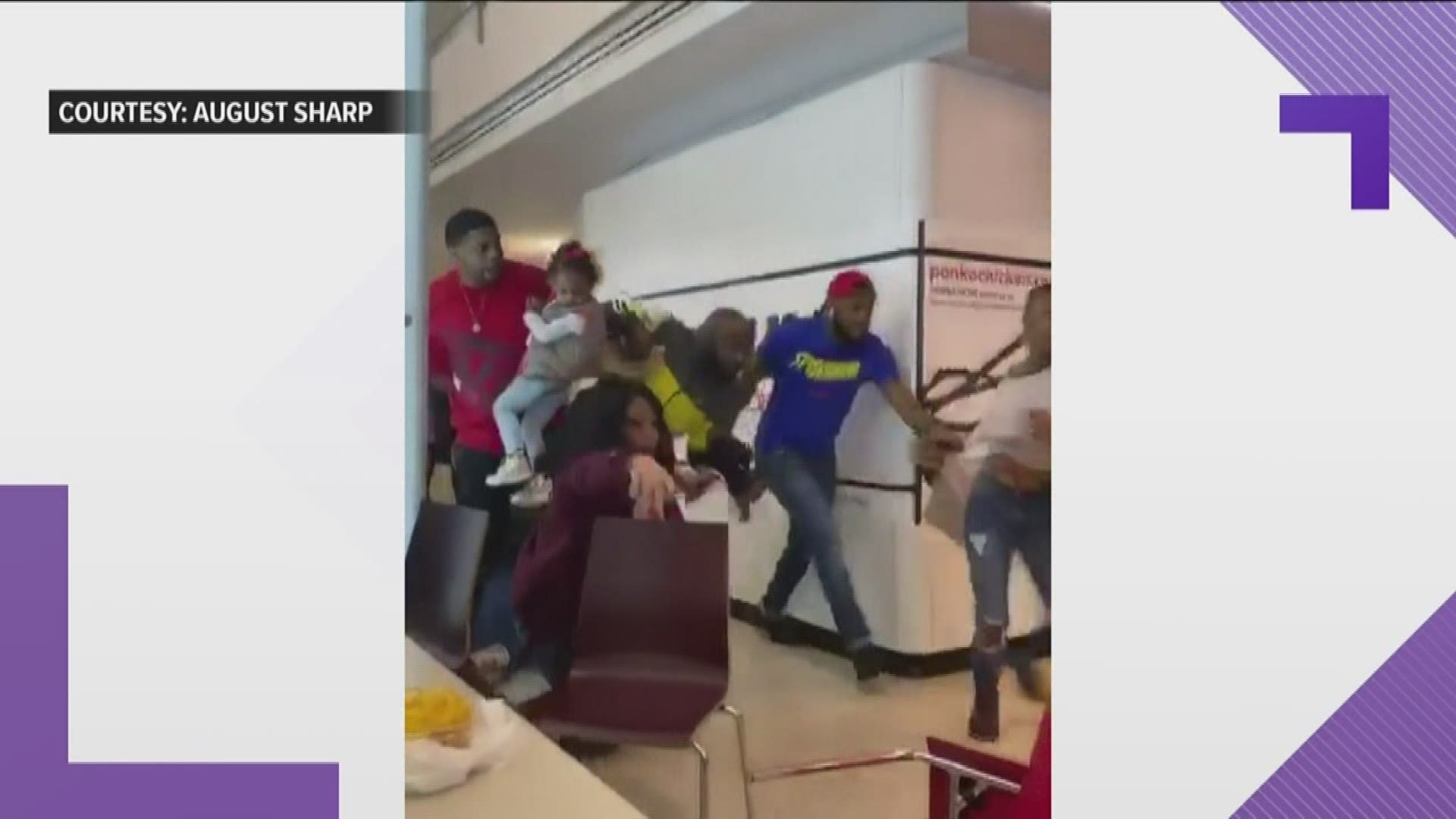 ATLANTA — There are new concerns about security at metro Atlanta malls, following a police shooting at Lenox Square Mall Saturday night in Buckhead.

Police initially said it stemmed from an armed robbery in the parking lot and that two people are in custody - though details suggest the robbery victim was actually the one who may have robbed the gunmen. It’s the second shooting at Lenox in less than a month, with many people online saying they don’t feel safe shopping there.

11Alive asked Atlanta Police directly if there are plans to change patrols or add officers to monitor the area. The department sent a statement in response, saying it’s comfortable with the security at Lenox, and pointed to the quick response of officers -- but customers have mixed views.

A video of customers ducking for cover as gunshots rang out Saturday at Lenox Square was on people's minds on Sunday as they shopped.

"Honestly, when I was parking today, I did think about that," said one shopper.

Police said they were alerted to an armed robbery in the parking deck near Macy's. According to APD, an officer saw a man robbing a victim at gunpoint.

"He (the officer) identified himself, he ordered the suspect to drop his weapon, the suspect refused, so our sergeant fired multiple times, striking one of the suspects in the chest and the arm," Atlanta Police Deputy Chief Jeff Glazier said Saturday night.

Antonio Williams, 23, the person first thought to be the victim of a robbery who is now being considered as the robbery suspect, was uninjured. Christian Edlin, 21, who allegedly refused to lower his weapon was listed in serious but stable condition.

This was the second shooting inside the Lenox Square parking garage within the past month.

Just before Christmas, a Macy's employee was shot during a robbery attempt. She survived. Police announced this past week that they had arrested one man, but were still looking for a second suspect.

11Alive's La'Tasha Givens spoke with shoppers and people who worked in the area on Sunday.

"It can happen anywhere, but they probably do need to have more security," said David Howlington.

"There was no major event, but it's concerning," Uriel Rodriguez said.

"They're probably going to continue to shop and not worry about it," said Kayla Marzula. "This place is always busy."

While some say they are concerned, others praise the officer's fast response Saturday night.

"Sounds like great work by APD and the suspects are apparently not juveniles, so they are less likely to slip through (the court system)," he said.

We also reached out to management at Lenox Square on Sunday afternoon about security concerns.

In a statement, they said:

"We have a highly skilled and experienced security team that utilizes a number of proactive security measures, both seen and unseen. We also maintain a close working relationship with local law enforcement authorities to ensure that the appropriate security measures are being taken."