Daquan Reed, 24, had been wanted in connection to the Dec. 21 shooting. He was caught Jan. 6 in Hampton, Virginia and taken into custody. 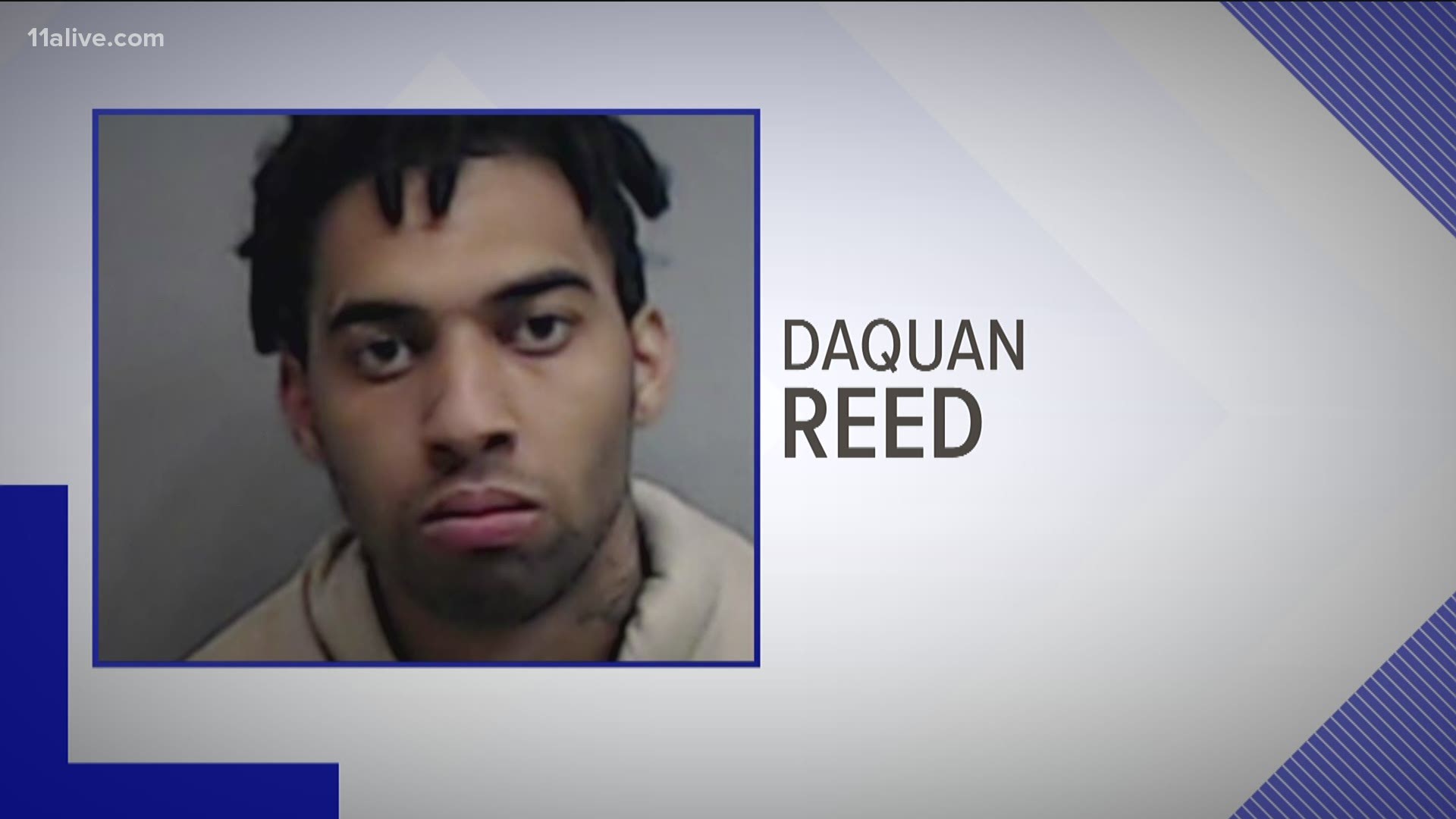 ATLANTA — The suspect wanted in the murder of a 7-year-old girl who was shot and killed while riding in the car near Phipps Plaza in Buckhead has been arrested.

Daquan Reed, 24, had been wanted in connection to the Dec. 21 shooting. He was caught Jan. 6 in Hampton, Virginia and taken into custody with the help of the US Marshals' Service, according to Atlanta Police. He is now awaiting extradition back to Atlanta.

"We are very appreciative of work our investigators and the US Marshals put into locating and apprehending Mr. Reed and we are relieved to know this murderer is no longer roaming anyone’s street," the department said in a statement.

According to police, Reed got into an argument in the parking lot outside Saks Fifth Avenue at Phipps Plaza and, as he left, fired three times outside of his window.

One of those shots is believed to be the one that hit 7-year-old Kennedy Maxie in the head as she rode past the high-end shopping center in her aunt's car. She died Dec. 26 after a days-long fight for her life.

Reed, according to police, is believed to be from Virginia. It's not clear what ties, if any, he has to the Atlanta area. Atlanta Mayor Keisha Lance Bottoms said Reed has been detained in the Atlanta area previously, and had also been previously convicted on a forgery charge.

Shortly after the shooting, Mayor Keisha Lance Bottoms called it a "senseless murder."

"While the Atlanta Police Department has significant leads in the apprehension of those responsible, it does not erase the pain felt when a beautiful, vibrant, and loving child is tragically taken from her family," she said at the time.

“This is just so profoundly sad to hear this happened," added community activist and lawyer Gerald Griggs. "This underscores what we’ve been talking about for a long time. It’s just one of those times that makes you reflect on what we need to do as a community.”

Griggs hopes city leaders can come together, from elected officials to Atlanta police, to create a task force from a proactive standpoint.

“One thing about Atlanta, we know how to pull together and address problems," he said. "But it’s time for our elected officials to ask for the assistance that is so vitally needed to solving these type of problems."